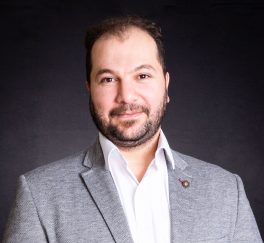 Mokhtar Alibrahim began his work in investigative journalism five years ago, upon joining the ARIJ Network. He holds a master’s degree in media literacy and political participation in the Middle East, and has competed several investigations, two of which have received awards from the network itself. Upon joining ARIJ, Alibrahim was able explore the production of television reports on a mobile phone, which is a platform instrumental to the ever-changing ways that information is spread. BBC Arabia has picked up seven of his mobile journalism reports looking at the lives of those in Damascus during the war, which began in 2011, to publish on their website. Working with the network has not only expanded his skills as an investigative journalist, but has also aided in the advancing of his written and spoken skills surrounding the English language. Mokhtars’ work with ARIJ has made him feel confident that his professional potential is being fulfilled.