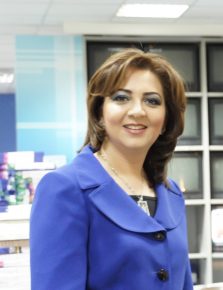 She first joined ARIJ as an independent trainer and head of ARIJ Jury in 2017. Despite all the challenges that came with the Covid-19 epidemic, Damen was able to double the efforts of investigative reporting at ARIJ, in addition to the number of projects, budgets and partners. She leads a team of 30 members in 8 Arab countries to work with hundreds of investigative reporters across the Arab world and beyond, in addition to hundreds of editors, coaches, fact checkers, and lawyers.

Before joining ARIJ, Ratan Damen worked on producing and directing more than 30 hours of documentaries and investigative stories, published in different languages, including the award winning “Al Nakba” series. She also produced and directed a number of other series, such as “Ra’edat” (Women Leaders), Owners of the Land, The Price of Oslo, the Declaration and many more. She as a senior commissioner at Al Jazeera Network for about 10 years (2006 – 2016), leading a team who produced more than 250 documentary and investigative TV episodes of two programs “Taht Al Mijhar” (Under the Microscope) and “Falasteen Taht Al Mijhar” (Palestine Under the Microscope). She also lead “Palestine Remix” team, the largest interactive platform in four languages, and she led “Stream Company” that launched “Palestine Ambassador” in three languages.

Rawan Daman received a masters degree with honors in media and communication from the University of Leeds in the UK, 2003. She was awarded the Media Creativity Award from the Arab Thought Foundation in Beirut, 2015.