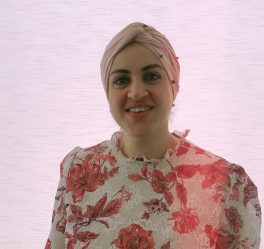 Safaa Amer Ramahi is an investigative reporter and coach specialised in radio and multi-media production. Since 2007, and after graduating with a BSc in Computer Science, Safaa has produced several radio investigations.

Safaa founded Lana FM in Yemen, and has previously worked at the Jordan Media Institute, and Al Bawaba news site, and has contributed to various training kits and guides on how journalists should deal with Human Rights.
Safaa has also produced video feature stories on hope and courage for a Dubai-based TV programme, where she supervised all stages of production – research, filming, and editing.
She joined ARIJ as a full time trainer and coach in 2020.