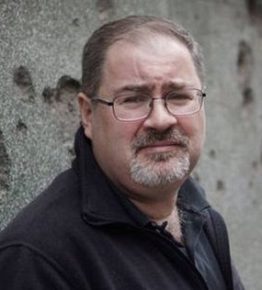 Drew Sulivan, who joined the ARIJ Board in 2016, is a co-founder of the Organized Crime and Corruption Reporting Program (OCCRP) where he now serves as editor-in-chief. He is an American journalist and social entrepreneur who founded the Center for Investigative Reporting in Bosnia-Herzegovina in 2004, as well as the Journalism Development Network, a worldwide media development organization.
He and his staff have received the European Press Prize, the Daniel Pearl Award (twice), the Online Journalism Award for investigative reporting (twice), the Global Shining Light Award (four times) and the Tom Renner award for Crime Reporting (twice). He worked before OCCRP as an investigative reporter for the Tennessean newspaper and the Associated Press wire service. He has served on the boards of Investigative Reporters and Editors and worked for the National Institute for Computer Assisted Reporting operated by IRE.