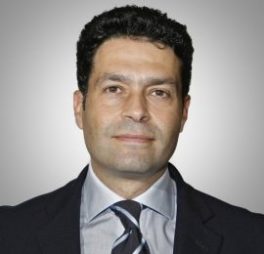 Mohamed Chebaro has worked for 25 years as a correspondent for television, radio, and print. He has covered war, genocide, and forced migrations, and he has witnessed the rise of political Islam in the Middle East and racism and tradicalization in Europe. In 2003, he became responsible for Al Arabiya’s news gathering operation in London, where he led a team reporting from Europe. Chebaro also developed a media consultancy, training and advising governments, the military, executives and media outlets on how to deal with communications’ shifting priorities in the Middle East and the wider world. In 2010 he headed the MBC TV group and Al Arabiya News Office in Beirut. He become editor of news programs for Al Arabiya TV in Dubai shortly after the start of the “Arab Spring” uprisings of 2011.
Since 2018, he has been a senior contributor for Arab News online pages, and a freelance strategic communication and media training consultant with Thomson Reuters. He is currently helping set up a team for Independent Arabia, an Arabic version of the London newspaper.