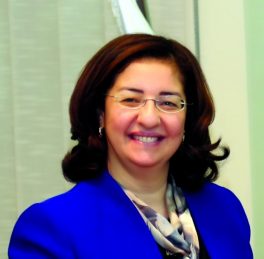 Ms. Reem Abu Hassan is a Jordanian attorney focusing on public policy, legislation and human rights.  Ms. Abu Hassan was the Minister of Social Development in Jordan from March 2013 until May 2016. Before this ministerial post, Ms. Abu Hassan was the Secretary General of the National Council for Family Affairs (NCFA), a national body tasked with establishing policies to promote and support the family unit and to protect its members as well as advocating for early childhood development in Jordan. A passionate advocate for the empowerment of women and the protection of children, she is currently the Honorary President of the Society for Protecting Family Violence Victims, a civil society organization working with juvenile girls in conflict with the law, and girls in need of protection as well as victims of domestic violence.

In 2006-2008, and as an advisor to the Minister of Justice, Ms. Abu Hassan established the Family Affairs and Human Rights Directorate at the Ministry of Justice.