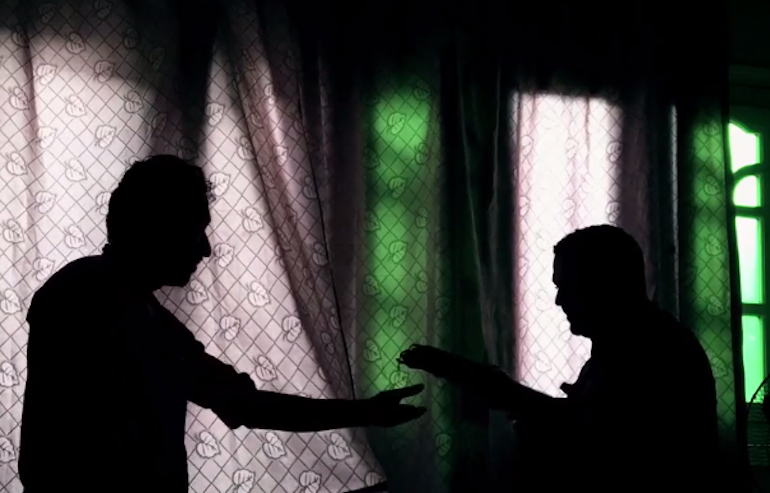 "Warmongers" Investigation Team: The mission of a journalist is to help the audience understand ambiguous happenings or things that are difficult to understand

This monthly bulletin hosts the investigation team of the cross-border investigative report, “Warmongers,” which consists of Aseel Sarya (Yemen), Saada Abdelqader (Egypt), and Sameh Allaboudi (Syria). In this joint interview, the three colleagues explain the birth of the report’s story idea and highlight the challenges they faced as they dug out related data and connected with vulnerable sources. This investigation has been shortlisted for the Global Shining Light Award, presented every two years by the Global Investigative Journalism Network (GIJN). This season’s conference is scheduled to convene in Hambourg, Germany on Sept. 25-29, 2019.

Q) Tell us about the motive behind selecting this topic and how you  uncovered the human-organs trade targeting Yemeni and the Syrian refugees in Egypt?

After the breakout of the bloody war in their countries, thousands of Yemeni and Syrian refugees fled to Egypt. Yet, due to poverty and lack of job opportunities in Egypt, many members of these stricken families had to sell their body organs. Parallel to their plight, human body organs dealers and brokers flourished in Egypt and they targeted these helpless and hopeless individuals. With the high demand on body organs and the increasing supply, these transactions have become a popular trade in Egypt. This thread guided us to dig for more information about the secret transactions and their geographic routes in Yemen and Syria. We found out that the culprits exploited a loophole in Egyptian Law, under which organ donation is allowed between relatives.

Q) How do you evaluate the impact of a joint investigative report staged by three journalists? What were the pros and cons?

A main reason behind the success of this investigation was the sound planning, the distribution of tasks, and the fruitful networking among us. One of the positive elements in cross-border cooperation lies in the diversity of geographic locations and the contribution of crowd-sourcing in the three countries. The three reporters charted a work-plan, whereby, we shared information and cross-checked sources as we trailed the victims from their native countries – Yemen and Syria – to Egypt. This report, however, touches on a very sensitive humane crisis and the reporters were very keen on preserving the lives of their sources and protecting them. A sad peek into what happens occurred when one of the sources disappeared for a few weeks and the reporters were eventually shocked to find out that he already sold his kidney.

Q) How did you approach those who sold their organs or were willing to do so?

Each case had its own approach. We had to start, however, by identifying the main characters for this investigation, the culprits – including transplant operators and brokers – and potential victims who were forced to display their organs. Approaching these cases was very hard, especially those who were driven to sell their organs. In addition, it was hard to convince those who already sold their organs to talk in-front of the camera. This is when the journalist’s role comes into play: The main character in any investigation should not feel that the journalist is using them, while the journalist should refrain from taking any action of that nature. Moreover, the character must feel that a journalist’s work should be balanced and impartial with a vision to unveil the injustice imposed on them. Only then, the main character will be convinced to be filmed and collaborate with the journalist.

Q) What were the most important and unique situations you have gone through during this investigation?

No doubt, each investigation is unique in its own way. Yet, this report turned out to be one of the most unpredictable investigations with a vague sense of what may happen next. Of course, we have been following those who agreed to be filmed during the selling of their organs. At this stage, the two main characters of the investigation used to show up and then suddenly disappear. During their absence, we used to think that they actually went through with the selling process or were in danger. At the very end, one of them showed up and informed us that he sold his kidney. This was one of the darkest moments of the job. We are in front of an actual human being who just had risen from a deadly procedure. Yet, each journalist should hide their feelings to accomplish their mission, taking into consideration the need to not harm anyone or put that person in danger.

Q) What methodology and documentation mechanisms did you apply in this investigation?

A) The methodology was clear from the very beginning: a series of steps designed to prove the sale of human organs on a wide scale and to document the exploitation of the refugees’ agony and despair. Thus, the coordination started in Syria and Yemen in search for potential cases who have been through such experiences. Then, we moved to search and document other cases; those who were willing to do the same in Egypt. Due to increasing difficulties, we were able to only document the cases that announced that they have sold their organs in Egypt.  We continued our search, however, to document the communications between refugees and human organs dealers. This was to approve the continuity of these deals and the exploitation of the refugees who need money and shelter.

Q) What is new and different about this investigation in comparison with your previous reports?

It is not an easy task to track the selling of human organs in any country. Thus, the difference in this investigation was the difficulty of reaching out to and communicating with closed resources, especially brokers and beneficiaries of usurped human organs. Those leads were hard to reach and deal with as the core of their work yields permanent suspicion.

Q) Have you been in contact with any of the cases after publication? How did the investigation affect their lives?

Of course, we reached out to some cases after the publication. The aim was to send an alarming message to the civil societies and the authorities, so they can interfere to end the exploitation of refugees and the threat to their lives. We hope that the investigation was able to do that.

Q) Was there any kind of change to the story after publication? Do you consider publishing a follow-up story?

Egypt is now witnessing official public discussion and civil society campaigns to halt the human organs trade. Publishing a follow-up story is considered, but requires collecting new and additional information to benefit the reader/ viewer.
For now, we are waiting for the award results to be announced so that we can inform the sources.

Q) Any advice to your colleagues if they want to investigate such sensitive topics?

Of course, each journalist must choose a story that is possible to achieve. Given the current conditions of journalism in the Arab world, it is not an easy task to complete an investigation given the cyber crime laws and the absence of transparency. Journalists must also believe in their message of enlightenment and helping the poor. Enlighten the reader, listener, viewer with all the hidden things that are hard to reach or uncover. Yet, this does not mean that journalists should put themselves in danger or put any of their sources (hypothetically) in danger or under threat of prosecution. They should calculate the risks carefully to avoid any problems while researching and story-building. In addition to that, journalists must know that they are not part of the story.  They have to take a step backward to show their story beyond their circle of influence.