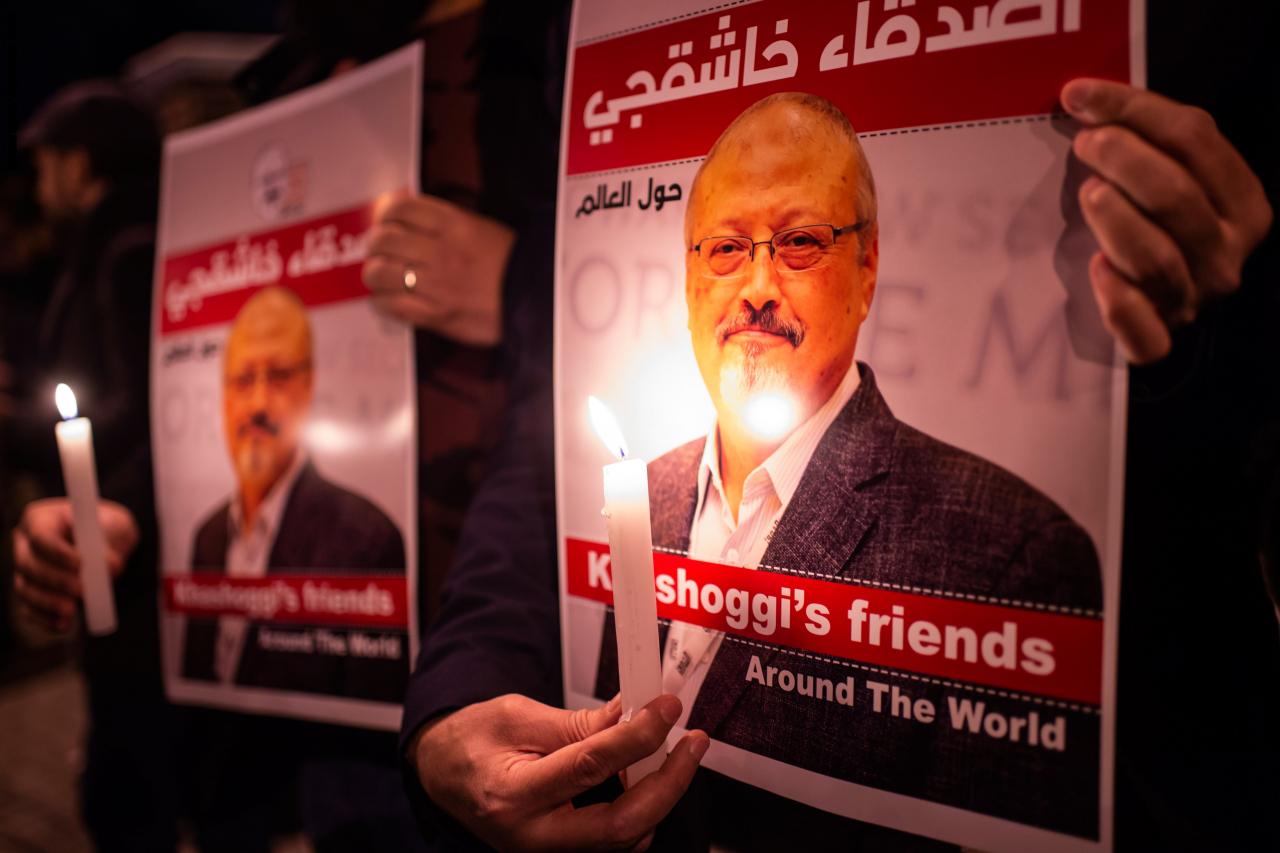 Amman – Whichever Saudi official gave the order to assassinate and dismember Jamal Khashoggi, he must have believed he would get away with it.  This killing was no suicide mission.

dismember Jamal Khashoggi, he must have believed he would get away with it.  This killing was no suicide mission.

The 15-strong team of assassins didn’t slip unnoticed into Turkey. They arrived and left, leaving clear footprints throughout their brief stay in Istanbul. They were brazen, self-assured – a clear sign that they had killed before and that this was their trade. We can only speculate on the identity of their previous victims.

There were several reasons why the Saudis expected to walk away unscathed from this murder – and one of them concerns my trade, the press. When admission of the killing finally came, journalists throughout much of the Arab region sprang to Riyadh’s defense. They knew nothing – but they wrote whatever they were told to write. Each time the official story changed, they changed their own to accommodate it, without shame or hesitation.

Whatever the Saudi state had to say, was, without question, good enough for them. And they weren’t alone. The Saudis had a second line of defenders: a smaller but no less influential band of Western journalists, who had spent a year or more telling the story of a newly packaged, reformist Saudi Arabia, and of winds of change blowing across the desert, its eye-watering visions and ambitions, lauded across the world.

Not for them the stories of a renewed and brutal crackdown on dissent, the jailing of women activists who had campaigned to be allowed to drive, the ruthless onslaught against civilians in Yemen and the Saudi coalition’s secret torture chambers. You had to read the reports of the international human rights organisations to find out what regional journalists – and some of their Western colleagues – repeatedly failed to highlight.

With so many journalists determined to look the other way, there can be little wonder that whoever ordered Khashoggi’s killing, believed that he too would get a free pass. Why would journalists care about a single death in the Istanbul consulate, when they had systematically ignored thousands of deaths in Yemen and elsewhere?  It was a safe bet that they wouldn’t. We in the media are also, therefore, to blame for that order to kill.  That shameful act and decades of checkbook diplomacy have allowed Riyadh to secure allies and silence media criticism. That belongs to us as well. Every time we look away and fail to question, investigate and then reveal, we are helping to decide the fate of another unfortunate victim. We are willingly disgracing our profession.

Who remembers the torture and murder of the Italian student Giulio Regeni in Cairo in 2016 and the string of contradictory explanations from the Egyptian authorities and their loyal media? Who has investigated and held the perpetrators accountable? Not us. Who will be next?

We know that journalism is not easy anywhere in the world today, even in America, once a beacon for free speech and democracy until the advent of President Donald Trump. But nowhere compares with the Middle East for lack of press freedom and the constant danger in which reporters operate.

In the seven years since the Arab Spring, hope has given way to deep disappointment. As a Jordanian citizen I have faced the regression of civil and political rights; as a journalist I now operate under unprecedented state pressure. These years also have also been the most difficult in the life of Arab Reporters for Investigative Journalism (ARIJ) as governments continue introducing ominous, new measures: to withhold information, to censor or force media into self-censorship, to threaten, to imprison, and now even to kill.

Today Arab officials break the law with impunity, secure in the knowledge that there is little accountability in their own countries and often a blind eye in the West. The USA and Europe are more concerned about doing lucrative business deals with the region, combating terrorism and deterring the stream of Syrian refugees. The public are no help either. There is little demand for investigative reports about bad government and corrupt practices. They prefer cat videos and music. The choices for Arab journalists are stark and unenviable: to be pro or anti-regime, to work for the government or against it.

ARIJ believes that the media should never accept such choices. Our role is to act as watchdogs in society, discovering what is failing, and demanding solutions; searching out injustice and hardship; speaking up for the helpless and the hopeless, holding the corrupt and incompetent to account.

The politically polarized press across much of today’s region is mostly viewed as a destabilizing force and a source of discord. In fairness, professional standards and ethics have deteriorated and we lack serious self-regulation. But that doesn’t excuse the obstacles and repression our reporters encounter daily.

Egypt, a country where ARIJ has worked with more than 100 journalists, has become what Amnesty International describes as “open-air prison for critics”. The clampdown on independent political, social and cultural spaces, including the media scene, is more “extreme that anything seen in former President Hosni Mubarak’s repressive 30-year-rule.”

In Sana’a, Houthi rebels control all media houses. Journalists are often threatened, attacked or abducted. The Saudis, Qataris and the Emirates have invested heavily in regional TV stations and pan-Arab newspapers that now function like PR machines.

Syria has never had a free press. But now it has become the world’s deadliest country for journalists. They are caught between the regime and its allies, and the armed opposition groups including the Kurds and ISIS.

Even in Jordan, the darling of the West, journalists must be affiliated with the closed-club of the state-controlled Jordanian Press Association. A draft cyber crime law is in the works. It would punish anyone who posts on Facebook , or tweets something the authorities could misinterpret. Ninety-five percent of Jordanian journalists admit to self-censorship.

It is against this gloomy context that ARIJ holds its 11th Annual Forum in Jordan, Nov. 30-Dec. 2 under the theme “Investigative Journalism; Trends, Tools and Technology”.

All ARIJeans – as the network’s many investigative journalists call themselves – deserve exceptional support and a medal for courage, integrity and commitment as they pursue their “mission impossible” in the world’s riskiest region. We won’t remain silent bystanders. We will brace for the worst and keep pushing for media freedom, rule of law, transparency, justice and human dignity.

Journalist Rana Sabbagh has been executive director of the pan-Arab ARIJ since its creation in Amman in 2006.

ARIJ is funded by SIDA, IMS, DANIDA, OSF and the Norwegian and Dutch Foreign Ministries.