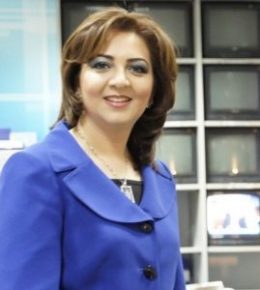 Rawan Aldamen is a filmmaker and media consultant, and the CEO and founder of Stream Media Consultancy. For the past two decades she has made documentaries and TV programs and specialized in online storytelling.
She has produced and directed more than 30 hours of TV documentaries that have been translated into multiple languages, including the award-winning documentary series Al-Nakba.
Rawan worked as a senior commissioning producer at Al Jazeera Media Network for 10 years, she also founded and led the innovative Palestine Remix project, the largest visual interactive website focusing on Palestine. She holds a master’s in communications studies from Leeds University. In 2015, she received the Media Creativity Award from the Arab Thought Foundation in Beirut.