A City Dying of Thirst

By Ammar Ayad
Sbiba, Kasserine Governorate (Akher Khabar ) Oct 25, 2015 – The death of Issam al-Ramadani, 12, from viral hepatitis blamed on contaminated drinking water was a big shock to the people of Kasserine Governorate in general and to residents of Sbiba delegation in particular.
The child’s death earlier this year was an indication of an outbreak of Hepatitis and possibly other diseases in a city inhabited by some 6,000 people and close to one of the most important river tributaries in the central west region.
In many ways, the episode also reflects the failure of government projects launched in 2008 to supply drinking water to both the delegation and the governorate through the establishment of a water treatment plant between the delegation of Sbiba and the neighboring delegation of Jedelienne. The project, approved since 2011, is funded by the French Development Agency for 2.7 million Tunisian dinars ($1.588 million). The majority of homes are not connected to the governmental water grid.

A 2010 study conducted by Dr. Lutfi Mraihi, a pulmonologist, showed the prevalence of hepatitis among the residents of Sbiba to be as high as 40 percent, compared to the national average of 0.5 percent.
The most dominant type, according to the study, is Hepatitis C. But the study indicates 90 percent of these cases are treatable.
The residents of Sbiba suffer from chronic water shortages, despite the fact that the town is located in the heart of the Wadi al-Hatab, one of the most important wadis in central Tunisia and a main tributary of Wadi Zroud. The water flow in the wadi during the flood season in winter could reach up to 2,400 cm3 per second.
The water shortage has forced the residents to dig wells haphazardly or resort to other sources of water that are usually non-potable.
The usage of non-potable water that has caused diseases in the area is not limited to drinking and household consumption, in violation of the regional administration laws that ban the use of well-water for drinking, cooking, or food processing. The laws also place stringent conditions on the use of well water in bathing, swimming pools, and irrigation.
Violations have also occurred with regard to the agricultural irrigation regulations mentioned in the Water Gazette published in 1975 and amended in 1987, 1988, and 2001. The regulations requires water fit for consumption not to contain any hazardous or chemical substances, or bacteria and organisms harmful to health. In addition, water has to be free of contamination signs, and has to have acceptable characteristics in terms of its organic composition.
In addition, water fit for consumption must satisfy certain specifications and requirements, which are monitored through routine analyses conducted in laboratories approved by the Ministry of Public Health. Consumption includes consumption by cattle and irrigation of fruit trees, including apple and peach trees that the region is known for.
Developmental failure 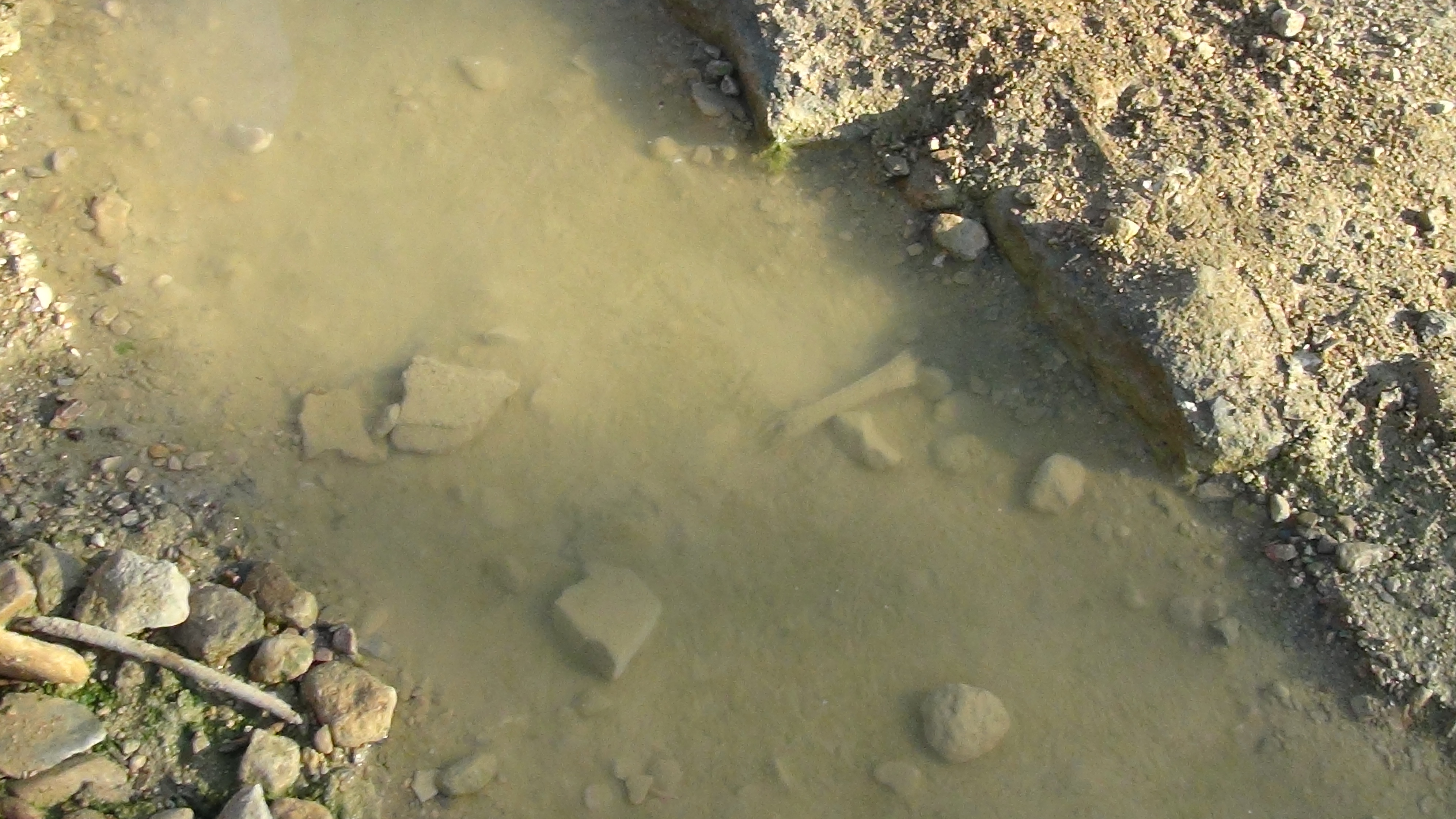 In 2008, the state allocated about 5.027 million Tunisian dinars ($2.645 million) to the Sbiba delegation out of 46.28 million dinars ($23 million) allocated to the Kasserine Governorate for water treatment projects.
But until the publication of this investigation, none of the planned projects have been launched for several reasons including the lack of excavators and the absence of proper administrative project planning, according to documents obtained from the Sbiba delegation. In the meantime, local authorities continue to blame one another.
Wadi al-Hatab: The valley of death
Thanks to years of official neglect, Wadi al-Hatab became a dumping ground for waste from olive oil production (black liquor) and residents’ sewage to solid waste such as plastic bottles and cans thrown from local businesses. The environmental condition of Wadi Sbiba thus deteriorated, until its water springs became unfit for both for drinking and cattle according to the regulations of the Ministry of Agriculture and the Department of Public Health.
“I know that the water table is contaminated because the wadi is located adjacent to the public irrigation zone, but we have no choice other than use its water for our animals and plants,” said Hadi al-Klichi, senior p

ublic health official.
Farmers in Sbiba, who work in this irrigation zone which contains peach and apple trees on both sides of the wadi, told this reporter that they use the contaminated water from the valley often to water their trees, in the absence of a regularly monitored water source fit for irrigation.

It is worth noting that the Ministry of Agriculture bars farmers from watering their crops with sewage water, according to Order No. 1047 of 1989 (28 July 1989), violation of which is punishable by imprisonment.
Using contaminated water from Wadi al-Hatab, according to officials from the Ministry of Agriculture, poses hazards for the residents’ health and also risks contaminating the soil, which in the long run could become unfit for agriculture.
An official at the National Union for Agriculture and Fishing (independent organization) told this reporter: “Sewage water contains bacteria, heavy metals, and pathogenic organic compounds, posing a health hazard to farmers and consumers of irrigated crops.”
Well and mountain water
The lack of treatment of Wadi al-Hatab water forced residents of Sbiba to look for other sources for potable water. One temporary solution has been to dig water wells, which is what Youssef al-Ramadani, father of the deceased child Issam, did. Youssef bought an excavator but did not hire specialists.
Ramadani is one of many similar cases ones among Sbiba’s residents, who have sought to get their water from deep wells and neglected springs in the mountains, where there is little monitoring of the water resources. The result: deaths and hepatitis as well as kidney diseases.
The grieving father, looking up to the sky as if in prayer, says: “Who do you want me to complain to? I have only God to complain to, no one else listens.”
Ramadani’s home is only 150 meters away from Wadi al-Hatab, or the valley of death as the locals now call it.
He and his four sons, like many of the residents, suffer from kidney diseases caused by drinking contaminated waters, according to laboratory analysis carried out at the behest of this reporter.
The father cries as he remembers the death of his son Issam, who studied at the Uqba bin Nafie school in Sbiba, and had to walk 3.5 km each day to get there from home.
Issam became suddenly ill. His face and body turned yellow, and he started to vomit yellow bile. The parents took him to the local hospital, where he spent one night. Doctors at the hospital asked his parents to take him back home without clarification or a proper diagnosis. Two two days later, Issam died.
After Issam died, on April 7, 2014, there were repeated cases of Hepatitis in the town. The residents soon protested, demanding their right to safe drinking water. But the authorities have yet to respond in a serious way.
The issue of safe drinking water is haunting the residents, many of whom prefer to remain thirsty or walk tens of kilometers to get their water than to consume contaminated water from the tributaries of Wadi al-Hatab. However, many people have no choice but to consume any water they can find, whatever its source.
A woman in her 70s from the Wadi al-Sbitat region told us she has to walk more than 5 km every day to fill a plastic gallon she carries with water, sometimes twice a day.
Another resident told us: “We know the water is dirty. I even have a kidney disease. What do you want me to do?”
The residents’ drinking water sources
With the impossibility of treating water or managing the resources of the valley that cuts through their town, the residents of Sbiba have three main sources for their drinking water.
The first source are the – untreated – springs in nearby mountains, now the preferred choice for poor families. The water there is turbid, and animals are known to drink and defecate in these springs whose water is used by women from the area for drinking and cleaning.
This reporter took samples from the spring known as El-Hfara in the mountain and had it analyzed in the Regional Public Health Administration laboratories in Gabès. The results revealed that the water was contaminated and unfit for human consumption, due to the presence of very high concentrations of fecal coliforms.
Tunisia’s drinking water specifications mean that the presence of fecal coliforms in water makes it unfit for drinking. This is in line with the guidelines of the World Health Organization (WHO, 2000) and the United States Agency for Environmental Protection (US EPA, 2001).
According to water and environmental experts, these bacteria cause diseases including hepatitis, cholera, and various kidney diseases that could become chronic and life-threatening.
The second option is haphazardly digging deep and shallow water wells, but only the well-off residents can afford that. According to the mayor of Sbiba, Saleh Barhoumi, there are 380 deep wells and 220 shallow wells, most of them dug at random.
The Ministry of Agriculture only monitors four wells, because they are classed under Code 63130, and are owned by citizens. However, it does not monitor any of the wells dug randomly alongside Wadi Sbiba, especially after the chaos that followed the 2011 revolution. 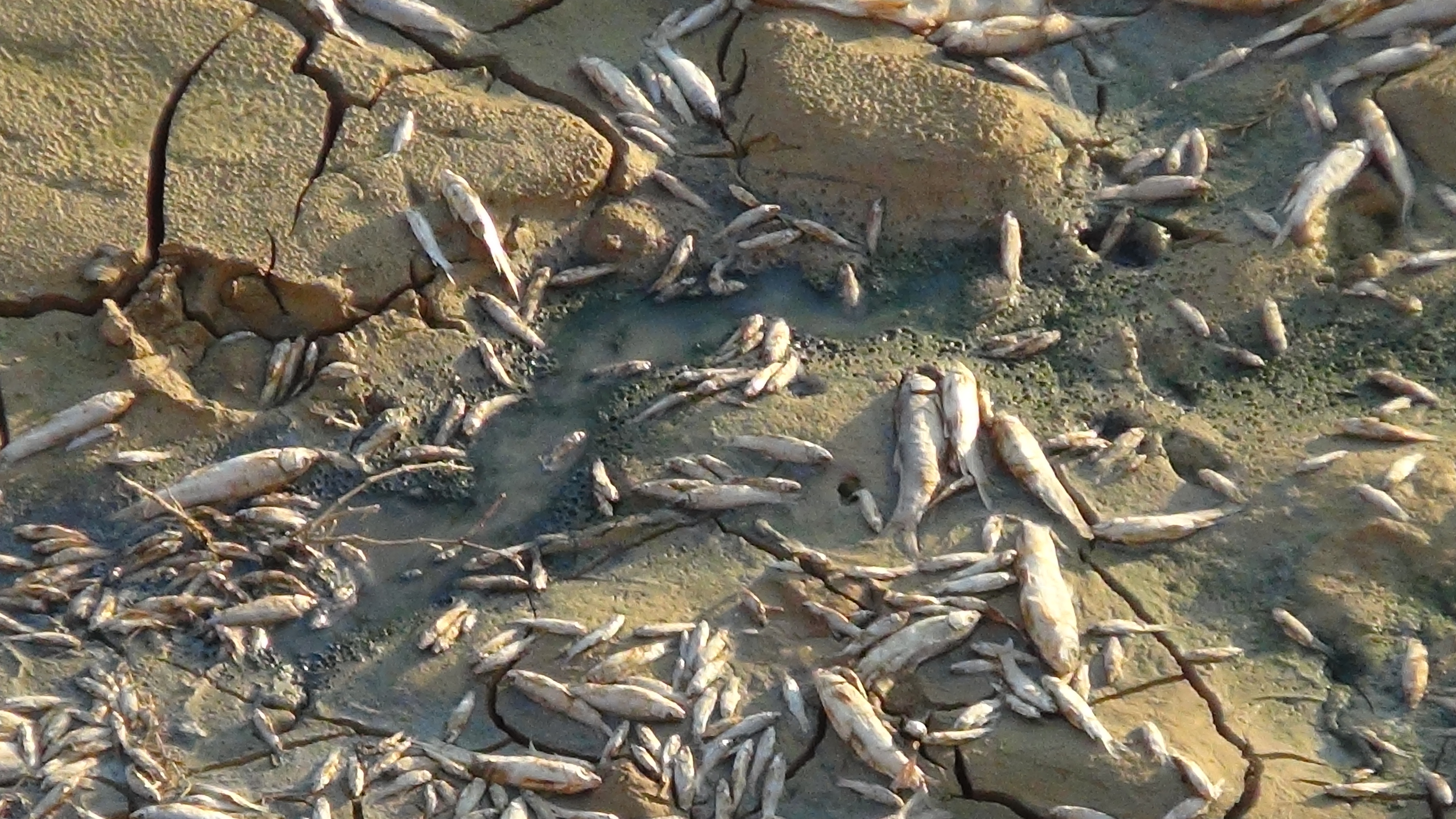