Tunis, Tunisia, Oct. 19,2016 (TAP) – Zenobia Al-Jouyani can barely catch her breath as she talks of the darkness over her life for the past seven years in the Beja Governorate’s municipality of Téboursouk.

She speaks of terrible odors and mosquitos that have tormented her and others because of wastewater dumped into a nearby estuary. Zenobia says that her life has become “an unbearable hell” since six olive presses were set up in the area surrounding her home.

“All four of my sons have gone away but I have stayed. Because I stayed here, I suffer from this pollution, which is barely 50 feet from my home at any given time.” 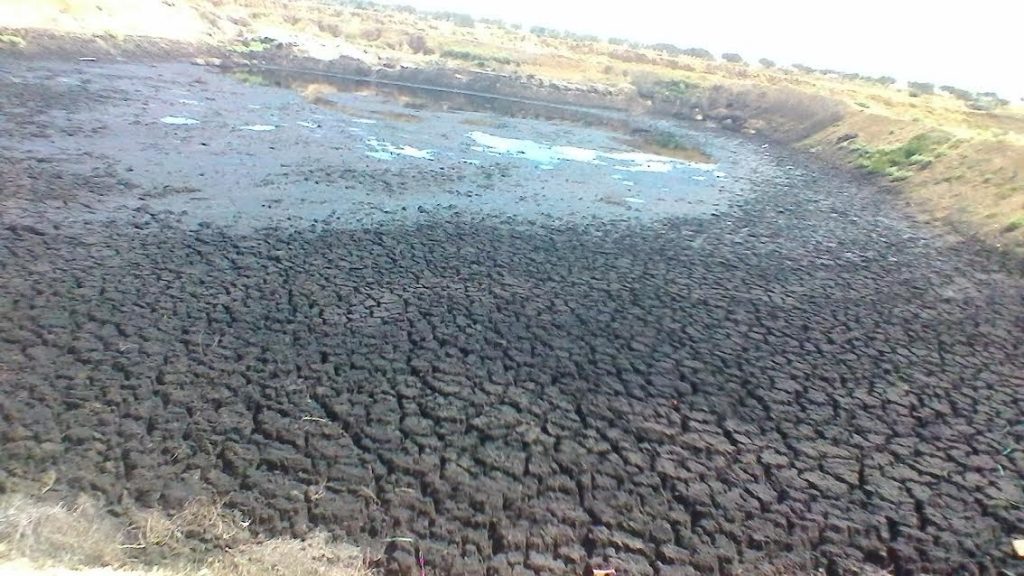 Al-Jouyani  has filed five complaints since 2010, to both Téboursouk and Beja Governorate officials. Both sets of officials rejected these complaints, saying she is living on land that has been turned into state property. She can either accept the situation or to vacate the family home she inherited.

“I have developed allergies as a result of the pollution, and my house now reeks with the smell of this black liquid. I’ve become fed up with them and I’ve reached my limits. In the summer, the smell is especially bad and the mosquitoes multiply so much that I must keep my windows closed at all times.  I would rather suffer the excruciating heat than that smell.”

Al-Jouyani’s story is the same for 200  families in the village of Fedan Al-Souk, located 100 kilometers northwest of the capital and known for its olive tree plantations.There, the residents have been badly affected by the results of the pollution.

Weak oversight by the Ministry of the Environment (MOE) and the National Agency for Ocean Protection (NAOP) has allowed pollution as officials have ignored disposal regulations and other Tunisian laws.

Other residents speak of the same problems as Al-Jouyani: being forced to keep windows shut during the hot summers to keep out the odor and mosquitoes. They also stressed that farming in the area has been hurt.

School principal Ayn Bin-Shibil said that the polluted estuary was only 200 meters from his building and 300 meters from the neighborhood, distances that are in violation of the law.

His students suffer from the stench, especially PE classes. 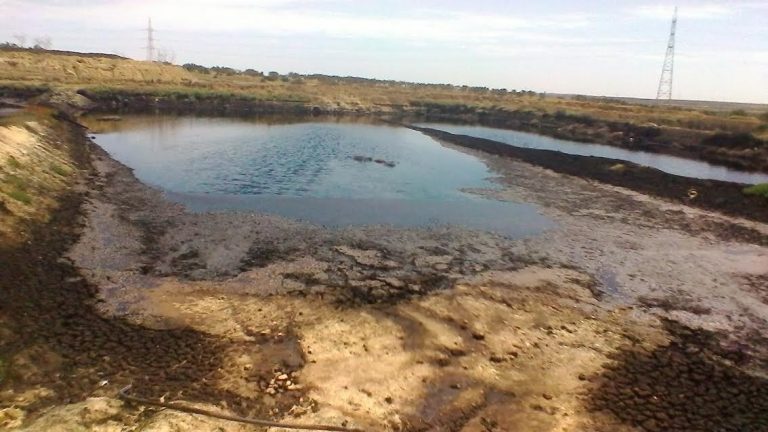 Any added that it was not random that the estuary was chosen to receive runoff, as it had not been monitored ever.. Regional authorities have replicated the estuary by drilling pools elsewhere in the area, destroying farmlands.

In addition, three complaints through the regional education boards since 2013 asking to close or move the plantations from the school have been ignored.

Reporters discovered that the Fedan Al-Souk estuary was unlicensed.  Speaking to regional offi

Research elsewhere led to the city of Monastir, in the Governate of Bani Hassan,  187 kilometers from the capital. Since 2006, the local sports association Lightning Sports has suffered from pollution and runoffs only 100 meters from their stadium.

Dozens of basins stretching across a nearby estuary were built by a mill owner without approval from local officials. According to the head of Bani Hassan’s Environmental and Developmental Association, Ramadan Kashfat, this estuary had caused significant soil erosion and environmental damage. In 2014, it was decided that the estuary would be cleared and shut down.

A study released in 2013 revealed that only 15 percent of the country’s 116 disposal sites and estuaries meet standards set by the Ministry of the Environment. The remaining 85 percent pose various environmental risks, including sea pollution, contamination of groundwater and wells, and  destruction of farming lands.

The study confirmed that the closure of each estuary must be accompanied by rehabilitation to eliminate the pollution caused. This includes dismantling  equipment, removing a layer of wastewater dried from evaporation, and removing the top layer of dirt beneath the wastewater. Rehabiltation requires that this layer is then replaced with a layer of mud before new plantings are put in. The cost is steep — more than a million Tunisian dinars.

The Experts: This is Poison

Professor Mohammed Al-SaghirQiyad says that wastewater releases toxic phenol, which can cause dermatological and respiratory diseases by way of air and water pollution. He says that “most of the problem came about because of a lack of understanding as for how to dispose of the waste, and also without taking into account the interests of the citizens or the environment.”

Dr. Abdul-Jameed Al-Jamaah of Tunis’ University of Medicine says the smell of phenol “causes anxiety, and has a very negative impact on the environment by eliminating the small bacteria that feed the soil surface turning the land barren as a result.”

Dr. Kamal Saleem of the Faculty of Science at the University of Lebanon released a study in 2013 concluding that  olive waste was a source of contamination of both surface and groundwater. The contaminated areas provide a favorable environment for the growth of algae which disrupts the ecological balance of natural water systems and deprives both animal and plant life of oxygen.

Estuaries Under the Law

The plantations’ current disposal methods fail to meet Tunisian laws and regulations, which expect disposal sites to prevent environmental and health risks to the environment and its residents. Sites failing to meet these regulations can be fined between 100 and 50,000 Tunisian dinars. This is seen as an amicable resolution to the problem according to Tunisia’s Director of Environmental Studies Bakar Tarmeez.

Lack of appropriate infrastructure at these disposal sites is common in Tunisia. The design of the estuaries lacks depth, fencing, and insulation. This magnifies the risks when plantation owners choose to illegally set up near residential areas.

The lack of oversight by the responsible national agencies has allowed site owners to dump their waste in the countryside. After the implementation of precautionary infrastructure, the number of unauthorized waste dumping has decreased from 71 in 2010 to 14 in 2015.

Directorof Environmental Studies Bakar Tarmeez stated that only nine complaints were registered across the country in the first half of 2016 and the new estuary has solved a decades-long disposal problem in the area, compared to before, when the waste was dumpedin valleys and agricultural lands.

Tarmeez said, “The State does not wish for the number of estuaries to grow regardless of the precautions in place, because they are environmental black spots. However, beyond consulting on the possibility of recycling the waste for farming or cosmetics there is little else that can be done.”

He said the Tunisian government does not directly control the estuary but rather entrusts it to the owner of the olive press mills. He states that multiple steps are undertaken to ensure the safety and security of the estuaries.

The steps include consultations with experts regarding the direct and indirect effects of the estuary on nearby water sources before receiving approval from the oversight agency.  Regional committees must give approval before construction can begin.

Under the current system, estuary owners are eligible for compensation. According to Tarmeez, the licenses of estuary or olive press owners who do not adhere to the standards are revoked. He has recommended the shutting down of three plantations. He insists that regional governors have taken action to close the related presses.

Ministry of the Environment Director of Hazard Protection, Abdul Razzaq Marzouki denied any knowledge of the problem at Fedan Al-Souk’s plantation and dismissed all allegations before promising to investigate the claim of an estuary  in a residential area.

He said the National Agency for Environmental Protection must increase surveillance, then said his administration had not received any reports notifying them of Fedan’s problems.

Al-Youjani and other residents meanwhile wait for action.

Any estuary for the disposal of olive waste must be at a minimum 2 kilometers from any residential areas as well as from national nature reserves and water reservoirs.

It must be located in an agricultural area and be secured behind gates, with guards along the estuary and its transit corridors. There must be sufficient space to unload waste. Also, there must also be sufficient basins to store up to 1.5 meters of wastewater, and it must be 50 centimeters thick to prevent leakage above or below the surface.

This investigation was completed with support from the Arab Reporters for Investigative Journalism (ARIJ) – www.arij.net and coached by Dr. Mark Hunter and Bahijah Belmabrouk.