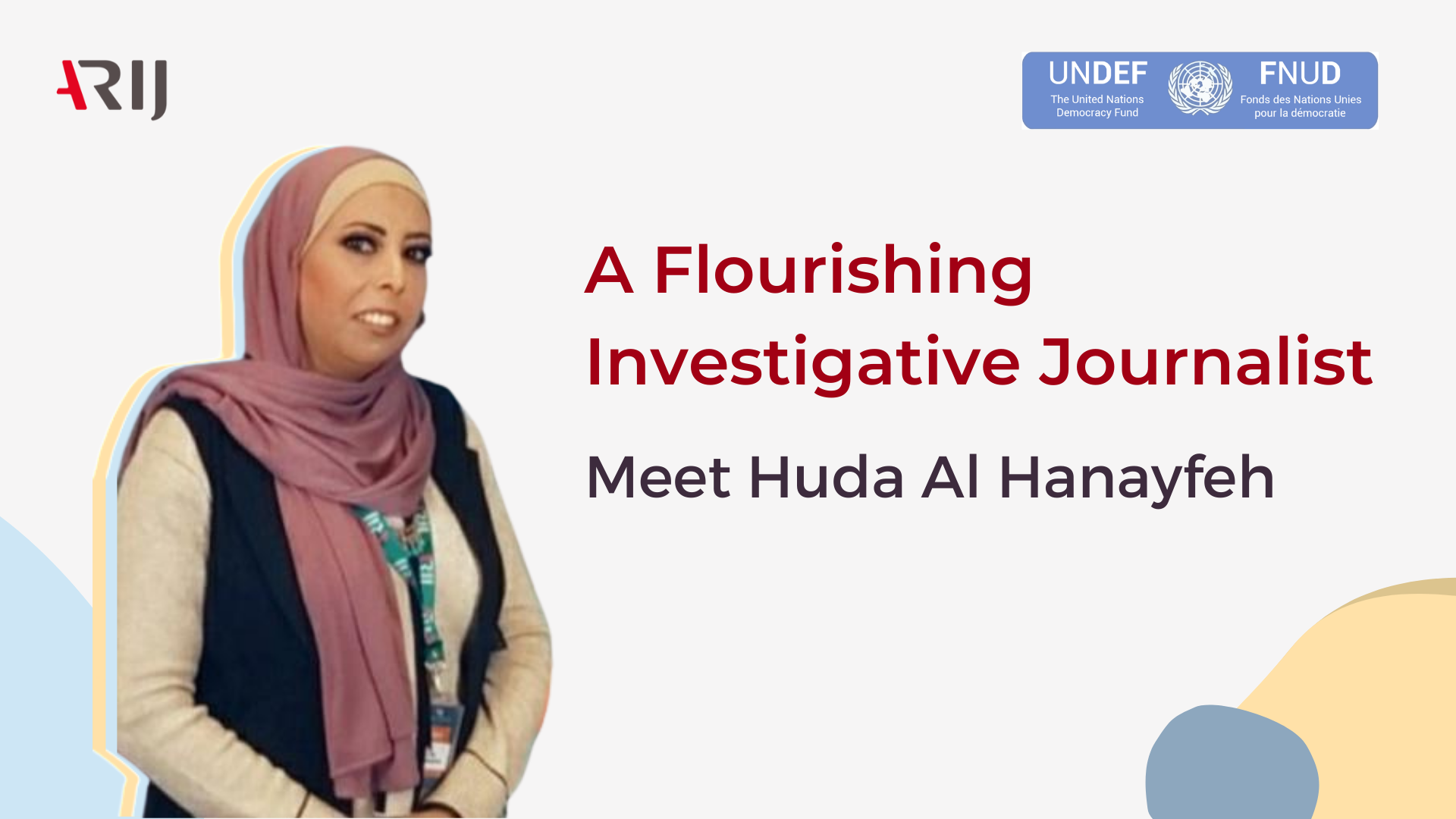 Huda is one of ARIJ’s uprising Jordanian journalists from south Amman who took part in the UNDEF project “Strengthening Independent Media in Jordan”.

Al Hanayfeh was seeking to blossom, to delve into the investigative journalism world, to develop her skills and knowledge professionally in order to have a stronger voice to be heard, support her community, and expose wrongdoings.

Her journey with UNDEF at ARIJ started by sharing the same vision as her fellow 24 aspiring Jordanian journalists that joined the project in late 2020.

Huda got her diploma in Social Studies in 2000, worked as a teacher for 3 years, then discovered her passion for journalism after joining a 3-year project titled “Madmoun” in 2011, in which she produced a number of in-depth reports. Following the conclusion of the program, Al-Hanayfeh obtained her bachelor’s degree in Arabic Language from Petra University in 2017. Since then, she has worked as an independent journalist. In 2020 she participated in UNDEF’s project where she stated in an interview that it was a golden opportunity to reach her intended goal of refining her journalistic skills to become a professional journalist.

“ARIJ gave me the opportunity to improve my writing skills, enabling me to produce accurate journalistic content, which will contribute to giving a voice to the oppressed and unveil wrongdoings.”

As a fruit of attending all four trainings conducted by ARIJ under the umbrella of UNDEF’s project, Huda exceeded the target of producing 2 stories and actually produced 3 in-depth reports in the period of 4 months on education and social issues: “Jordanian Students Miss Out on Remote Learning While..Awaiting Their Tablets… Unable to Access the e-Platform”(AR/EN),“Blind Students Deprived from Learning Braille Language at Schools” (AR) which was discussed on the Hayat FM radio platform and “Employers Circumventing the Defense Law to Avoid Paying Salaries” (AR).

Huda expressed that at the beginning of the program she felt overwhelmed with the wealth of information provided and found it challenging to apply the new techniques and competences acquired to her journalistic work. After producing her first UNDEF in-depth report under ARIJ’s editorial and legal support, she felt more confident and started to write naturally in an organized, concise and structured way producing the second and third reports following high media standards.

Following the publication of the three reports, AmmanNet, an electronic newspaper, was impressed by the high quality of Al-Hanayfeh’s work and commissioned Huda to produce in-depth reports for AmmanNet regularly.

Huda expressed her appreciation for being part of this program which enabled her to write comprehensive reports including shooting a video using her smartphone, presenting the information visually using the figma application, as well as working safely in the field.

“Participating in the mobile journalism workshop opened up a new frontier for me as an investigative journalist; It has equipped me with new skills in filming and montaging professionally. I appreciate ARIJ’s endeavor in helping us to be able to document the written material through videos that would serve as irrefutable proof, adding credibility to our reports.” 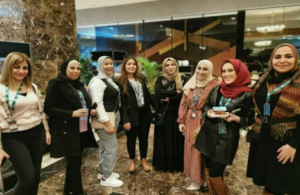 Al Hanayfeh participated in ARIJ21 Forum (December 2021) and now in spring 2022 is working on a data story and an investigation with ARIJ that will be published later this year.

“Thanks to my participation in ARIJ/UNDEF project, I became a more skilled and experienced journalist; from now on I can develop a risk management map for field work, search more effectively, verify the authenticity of photos and data collected, write credible, well-documented and compelling reports as well as edit the final product by myself”.