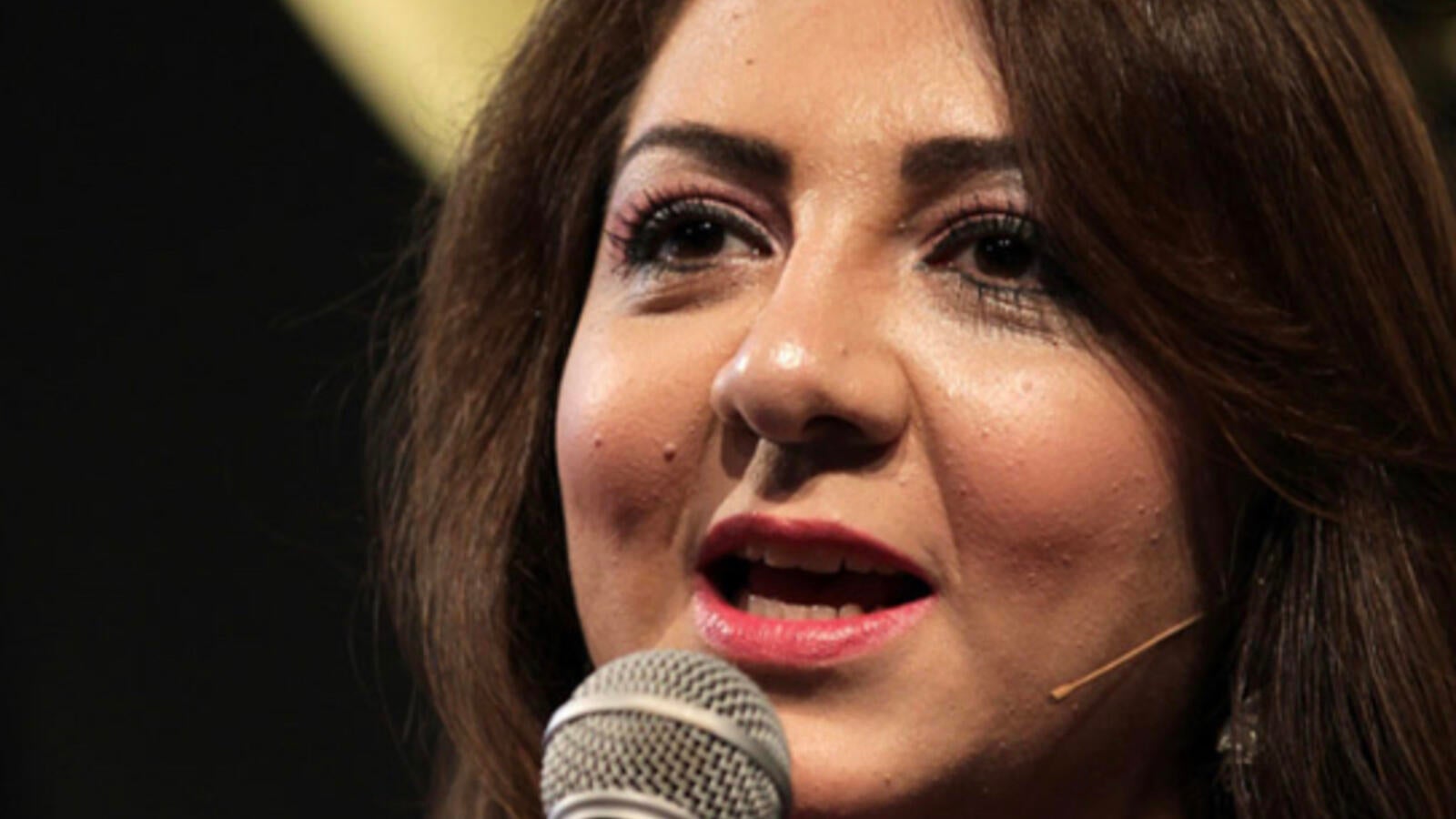 Albawaba — Rawan Damen has over 20 years of experience in media coaching and management; in addition to TV and digital production career.

Rawan Damen is the Arab Reporters for Investigative Journalism (ARIJ) Executive Director from early 2020. Filmmaker and Media consultant, Damen has over 20 years of experience in media coaching and management; in addition to TV and digital production career.

She has produced and directed over 30 hours of TV documentaries and investigations, translated to multiple languages, including the internationally renowned award-winning documentary series Al-Nakba, Owners of the Land, The Price of Oslo and others. Rawan worked as a senior commissioning producer at Al Jazeera Media Network for 10 years (2006 – 2016), commissioning 250 hours of documentaries and investigations. She holds an MA (with Distinction) in Communications Studies from Leeds University, UK, 2003. She received the Media Creativity Award from the Arab Thought Foundation in Beirut, 2015.

In this interview, we highlight the great work of Rawan, ARIJ and top news channels to tell news and history stories in MENA to the world.

1. You started documenting and collecting archives of Palestinian history at the age of 10 to tell the authentic story of Palestine. Is this the only passion that led you to film making an journalism profession?

I actually started even younger at the age of 8 acting in a children’s show for Jordan Television called Al-Kaman Al-alhazeen (The Sad Violin). The show as with great Jordanian artists like Nadera Omran, and Khaled Al-Tarifi. I got fascinated with cameras and watching the scene recording right after the shooting of each episode. Then at the age of 10 to 16, my sister and I started collecting the oral history of Palestine and we published two books on people who grew up in Palestine as children and then had to leave.  Later on, in secondary school I decided I wanted to study journalism.

2. Have you ever faced challenges, attacks, censorship for your work documenting the Palestinian history?

Even my own people in Palestine, when I studied at Beir Zeit University, found it strange that a girl was filming and treated me like I was a boy. When I showed one of my film Waiting for the Light( on Palestinian Christians celebrating Easter) in the U.S.  the Americans asked me are there Christians in Palestine? and I answered Christ is Palestinian. Later my documentary Al-Nakba was restricted from being shown at big international festivals. The Palestinian narrative is suppressed in mainstream media in many Western countries, unfortunately.

3. Where do reporters stand today? Are they more free or more confined?

From the days of working at Al-Jazeera and now working with ARIJ, I witnessed that there were high hopes for a more free press before 2011 and even then, but with time this dream got suppressed. These are not the best times for journalists in terms of freedom of expression and access to information, especially now during the pandemic, there is so much fear to tell a story different than the official narrative of governments.

We are in a unique position, we have a crisis, that is not a war but is causing worry and creating self censorship, as there is no protection for journalists and civil society is silenced. It is very hard to have critique of any governmental processes. There is, however, a bright side and that is the connection of international journalists on line to access information and support one another because they are unable to travel. We were able to create an online solidarity group at ARIJ for journalists to connect during the pandemic, which was very successful.

4. You were responsible for commissioning 250 documentaries with Al-Jazeera, 80 of which were on Palestine. What are the other topics you were most passionate about?

5. You studied media first at Beir Zeit University in Palestine and later at Leeds University in the UK, what is the difference in teaching media and journalism between MENA and the UK?

The Beir Zeit campus was small but with great energy and open minded people and great teachers. The focus was on media skills. In the UK, the focus was on the connection between media and economics and the access to rich resources on a global scale which was amazing. I miss the libraries and the ability to get any resource you need for your research (my passion).

6. ARIJ investigations covered many rich and controversial topics such as corruption cases in the Minisrty of Culture in Yemen, forced conversion to Islam, western weapons in the hands of ISIS, killing the forests in Idlib and so on, are there still other important topics you think ARIJ journalists should cover? And who are included in the categories for ARIJ’s awards this year?

I worked on the ARIJ awards committee from 2017 -2019, I trained journalists on digital storytelling and focused on telling stories at a more international level and with new techniques and tools.  Since starting as the executive director of ARIJ, I was able to hold international workshops on line in April (during the lockdown). I would like to expand online and cover all possible topics, as long as we can protect the investigative journalists as the risk factor maybe high in some areas. We also need to give the right balance of training to empower these journalists.

In 2020 we are opening all categories of the award to all Arab investigative journalists not just one category as before. 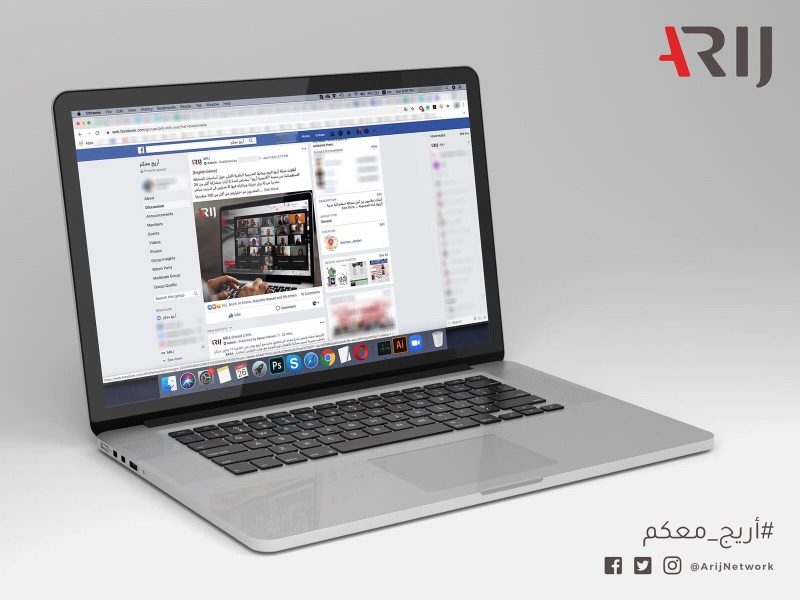 7. Do you believe in citizen journalism? How do you teach responsible press freedom to those journalists?

I don’t mind citizen journalists, as they document violations on the ground and are considered a good crowd funding source. I just have reservations regarding them turning to merely social media superstars and being hired by editors without developing their knowledge of journalism ethics and essential skills.

8. You said in one of your TED talks that you had the experience of managing a big number of journalists from many countries throughout many projects, can you tell us an anecdote from this vast experience?

When I worked on the Palestine Remix project, I had to work with a Romanian developer, who once asked me at the end of a hard working day, how do you keep positive and energetic and I answered I work from the heart and believe in God and he answered that he does not believe in God so I argued you had to believe in your own strength and the spiritual power in the world and keep yourself going. We were different but we had a common language at work and one target which made us meet in the middle.

9. Can you tell us about the Palestine Ambassador project?

This is an e-learning project that tells the story of Palestine though many available audio visual resources in three languages; Arabic, English and Spanish. The students are ages 13-80. They take a course and then do an exam and after that they travel for summer school, which will be postponed this year because of the restrictions in travel.

10. Will the deal of the century and the normalization in some Arab states change the way pro Palestinian journalists tell their stories? Would it make their mission harder?

We lost our fight here in many Arab countries, however, there are still solidarity campaigns, the most recent online one was against the Ramadan television gulf series that called for normalization. I believe all pro Palestinians including Jews around the world must connect and fight at a global level, it was wrong for Palestinian state from the seventies to assume it is alone in this fight and the truth shall eventually prevail, and that is where journalists can play a great role, I believe.

My mother, she is my best friend. She is a hard working economist, who published two books on childhood and the right application of Islam teachings, and have always pushed me to believe in myself and make an honest impact.

12. Any final message to readers on the occasion of World Press Freedom Day?

Do not study journalism unless you are absolutely passionate about it. It is stressful and you need to have the right balance of empathy and objectivity and be willing to support other fellow journalists out there.

Adhesion Contracts.. Recruitment Agencies in Egypt: A Backdoor to ...

Marriage of deaf women:A violation of natural right & a ...

Investigation by: Sally Abdel-Haq and Suha Kamil Maher and his ...