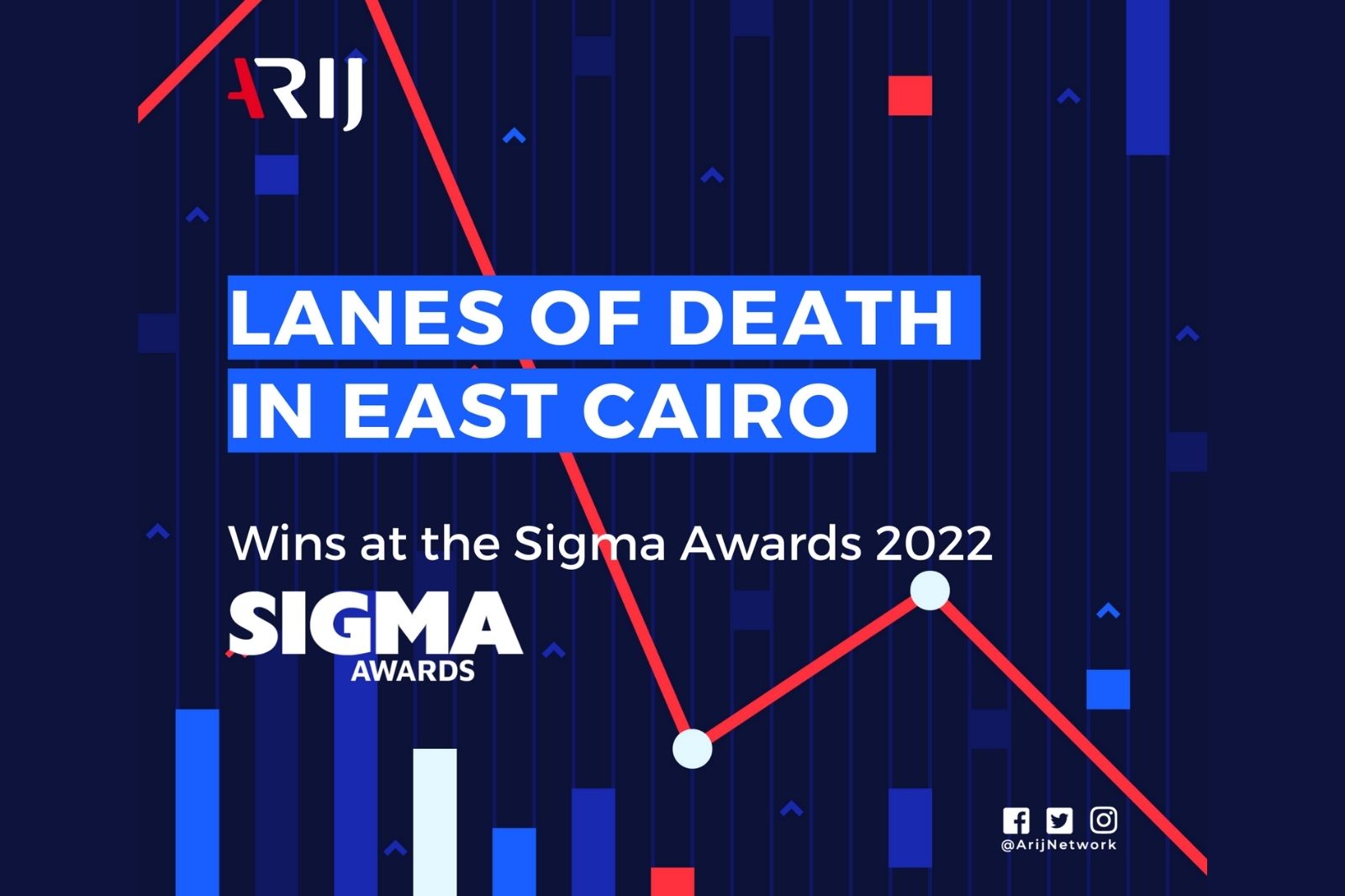 The data investigation was produced in the second edition of the data diploma. The six- month data diploma trains journalists on the stages of producing data driven investigations. The investigation documented the increase in the number of pedestrians’ injuries and fatalities recorded on East Cairo roads undergoing renovation or expansion works due the failure of health and safety measures applied by the Ministry of Local Development that could prevent deaths. Mohammed built his own database, with a sample of 90 accidents in East Cairo using newspaper archives and social media groups of the area residents between May 2019 and June 2021 and his analysis revealed that more than half of victims were pedestrians hit by cars while crossing streets under renovation in eastern Cairo.

The Sigma Awards, which is considered the most prestigious competition marking data journalism in the world, received 603 entries from all over the world, representing the work of hundreds of data journalists done throughout the year 2021. “Lanes of death in East Cairo” was one of two investigations from the Arab world that were shortlisted for the 100 top data projects. The other investigation was “Nepotism in Palestine: Officials’ Relatives are Guaranteed a job upon graduation” by journalists Mariam Abdallah and Mahmoud Mohammed.