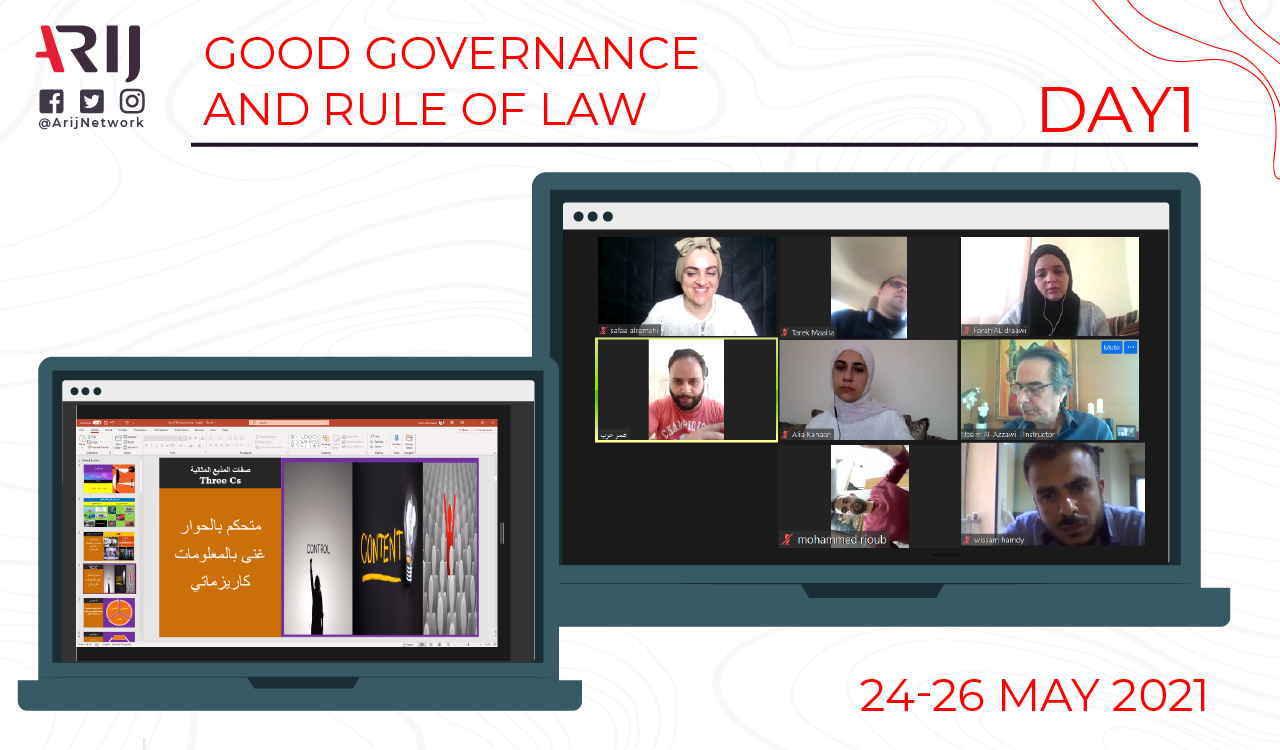 Third “Art of Interviews and Rule of Law” Workshop Concludes

Sixteen trainees from Jordan completed a three-day workshop (May 24-26) on the “Art of Interviews and Rule of Law” via the virtual platform “ARIJ Academy”. The workshop is part of the “Promoting the Rule of Law and Good Governance in Media” project with the support of the Office of Democracy, Human Rights and Labor (DRL).

The project aims to develop the skills of Jordanian journalists on the art of conducting interviews and delving into the system of laws, regulations, and legislations for publications, cybercrime law, and the penal code in Jordan. The goal is to enhance the standards of integrity, transparency, and fairness in conducting interviews in light of strengthening the rule of law.

Television presenter and trainer, Jasim Al-Azzawi, who has over 20 years of training on the art of interviews, taught the trainees how to conduct interviews. He addressed the goals of a television interview, how to have a fluid conversation, the elements of a visual presentation, and the qualities of a successful interviewer.

Lawyer Khaled Khleifat also joined the workshop and discussed the legal system in Jordan. Mr. Khleifat has been part of the bar association since 1995 and he specializes in media, publications, and cybercrime issues. In the workshop, he touched on the topics of defamation, libel, and the right to criticise. He also discussed the topic of researching and documentation from a legal standpoint, in addition to the confidentiality of sources and private life, and copyrights of publications and photos.

This competitive training workshop was held for the third time this year, and 50 journalists benefited from it. Three similar workshops were held last year for all Jordanian media personnel and journalists in all sectors of media, including print, digital, radio, and television.