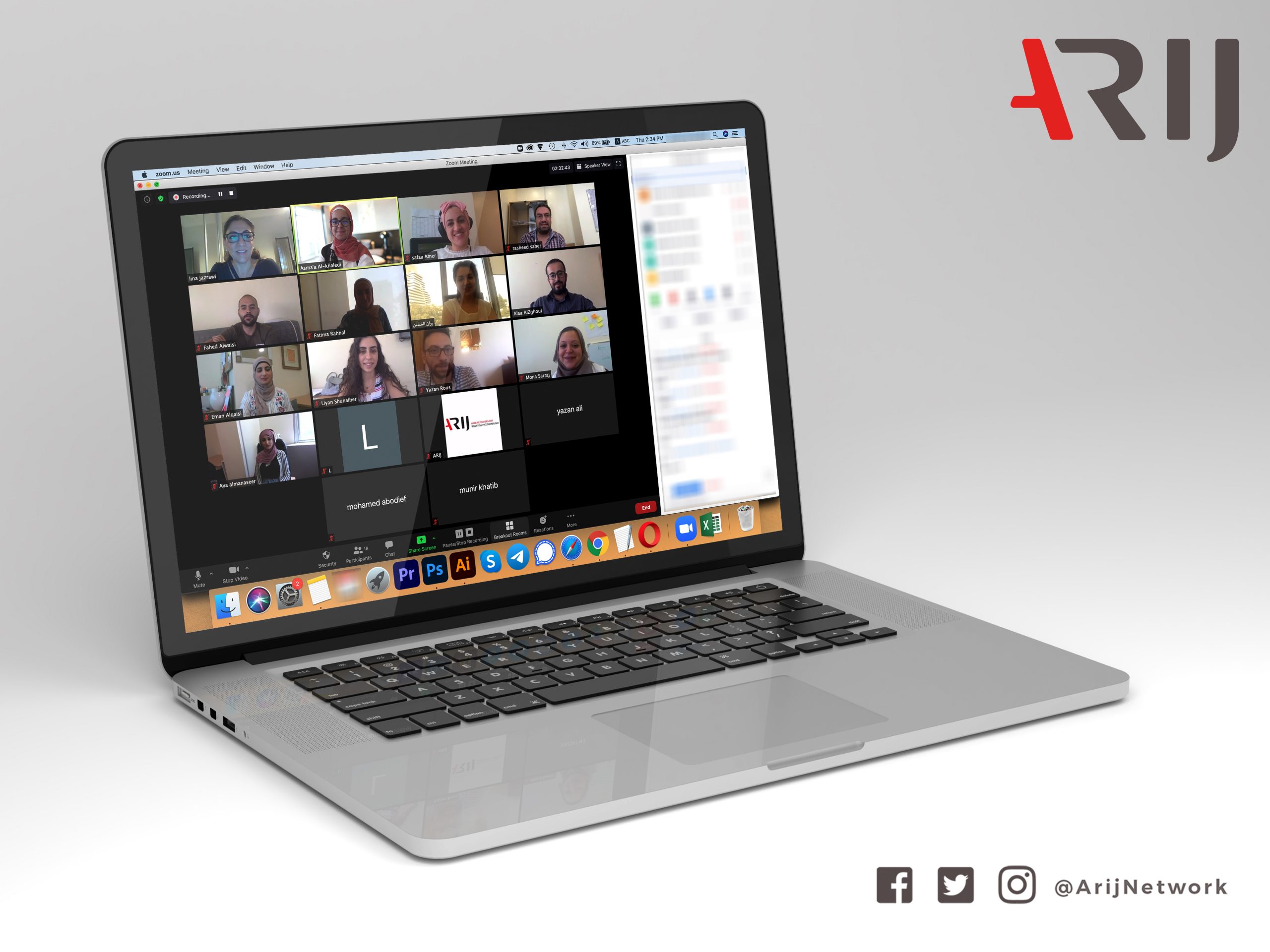 Training: Fighting Discrimination and Harassment in the Workplace

ARIJ held a virtual live training on fighting discrimination and harassment in the workplace for ARIJ team on September 3 led by trainer Dr. Lina Jazrawi. 15 from ARIJ staff and freelancers participated in the training.

Dr. Jazrawi has a Ph.D. in Philosophy, and is an active and dedicated university lecturer passionate about social work and women’s rights.

Dr. Jazrawi focuses on the philosophy of gender, and during the training, she explained the differences between the concept of gender discrimination and bullying.

During the training, discussion ensued surrounding topics within the context of gender and women, including violence against women, gender equality issues, women’s legal rights, and honour killings.

Participants also discussed the challenges that women face in the workplace, and Dr. Jazrawi advised on best practices to combat and prevent such challenges. She discussed how some social practices in Arab countries in general, and in Jordan in particular, prevent women development, forcing them to leave the workforce.

ARIJ has a zero-tolerance policy for sexual harassment and assault, as well as any other unwelcome physical contact, violence or threats of physical violence – both among its staff and its partners.  ARIJ rejects all forms of abuse by those in a position of power who harm others, especially female colleagues in the field of journalism who are already facing battles on several fronts. ARIJ is committed to its moral and professional duty in providing safe working and training environments and safe channels for submitting complaints.

Training was very interactive, and colleagues asked a lot of questions, and discussed many ideas and concepts; and proved to be a useful interactive virtual live workshop.