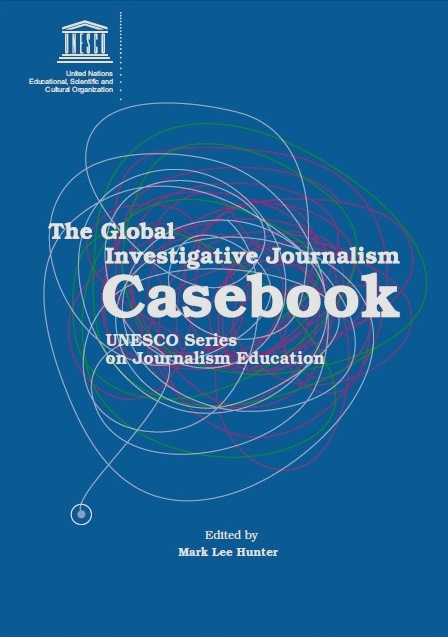 You can freely download the Casebook, which contains more than 20 investigative stories from nearly every region of the world, covering a wide variety of topical subjects and of special interest to UNESCO such as freedom of information, good governance, social and legal issues, the environment, health and gender, each followed by an explanation of how the authors conducted their research and the writing of the piece.

This book is edited by Dr. Mark Lee Hunter.

He has authored some 200 investigative reports for media including Arte, The New York Times Magazine, Reader’s Digest, Le Figaro, and others. His articles on media and communication have appeared in Corporate Reputation Review, Harvard Business Review, Columbia Journalism Review, Harvard International Journal of Press/Politics and elsewhere.

His ten books include Le Journalisme d’investigation en France et aux Etats-Unis (Presses Universitaires de France, 1997), the first cross-cultural study of investigative reporting methods. He currently teaches at INSEAD, Rotterdam School of Management and other conferences, institutes and universities on five continents. He is a founding member of the Global Investigative Journalism Network and served on its guiding Voluntary Committee for twelve years. He is also a founding member of the Stakeholder Media Project in the INSEAD Social Innovation Centre, which conducts research on new forms and business models of watchdog media.

To download The Global Investigative Journalism Casebook, please fill the form below