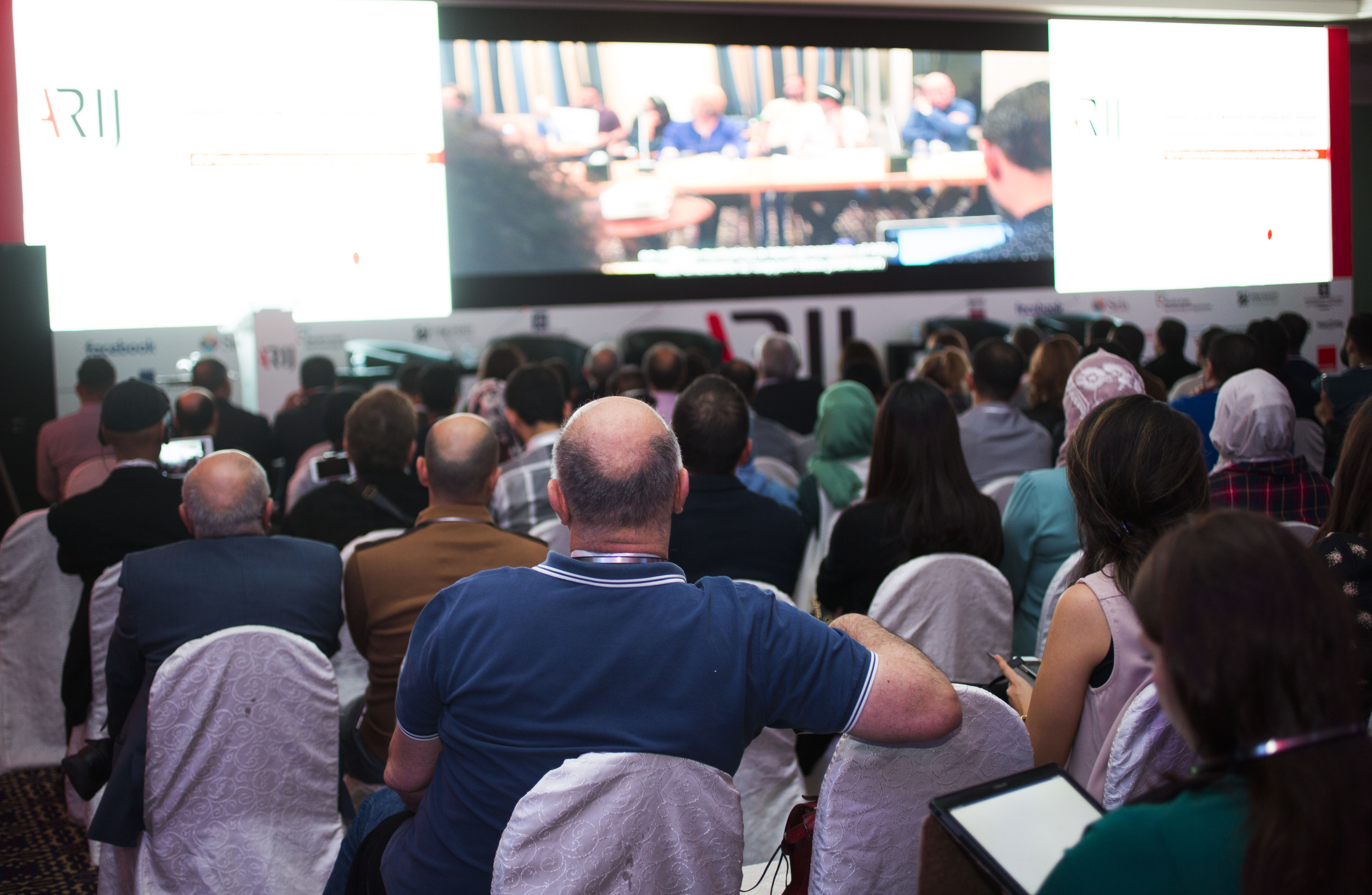 Amman, Dec. 7 – ARIJ will hold its 11th Annual Forum for Arab investigative reporters in Jordan between Nov. 30 and Dec. 2, 2018, the organization’s board of directors has announced.

The decision was made during the Arab Reporters for Investigative Journalism (ARIJ) annual board of directors meeting at the end of the 10th Annual Forum at the Dead Sea Movenpick Hotel last week. The forum’s theme was “Investigative Reporting: Battling Fake News” and a record number of about 500 journalists from the region and beyond attended. The forum included 40 training sessions and workshops.

The ARIJ board members thanked the Jordanian government for helping make the event possible by granting visas to for Syrians, Libyans, Iraqis and Yemenis.

The scope of the gathering, the only one of its kind in the Arab world, prompted five international media support groups seeking contact with Arab media practitioners, especially those from war-torn countries, to schedule their own meetings and trainings during the same time Dec. 1-3.

ARIJ is funded by the Swedish International Development Cooperation Agency, IMS and the Danish Arab Partnership Program, the Foundation for Open Society and the Norwegian and Dutch embassies in Amman. The 2017 conference partners included Facebook, the Norwegian Institute of Journalism, Ethical Journalism Network, Bellingcat, the International Center for Journalists, WANA-IFRA, the Friedrich Naumann Foundation for Freedom, Friedrich-Ebert Stiftung, DW network and the French and German embassies in Amman. Local sponsors are Orange Jordan, Royal Jordanian, and the Jordan-Kuwait Bank.