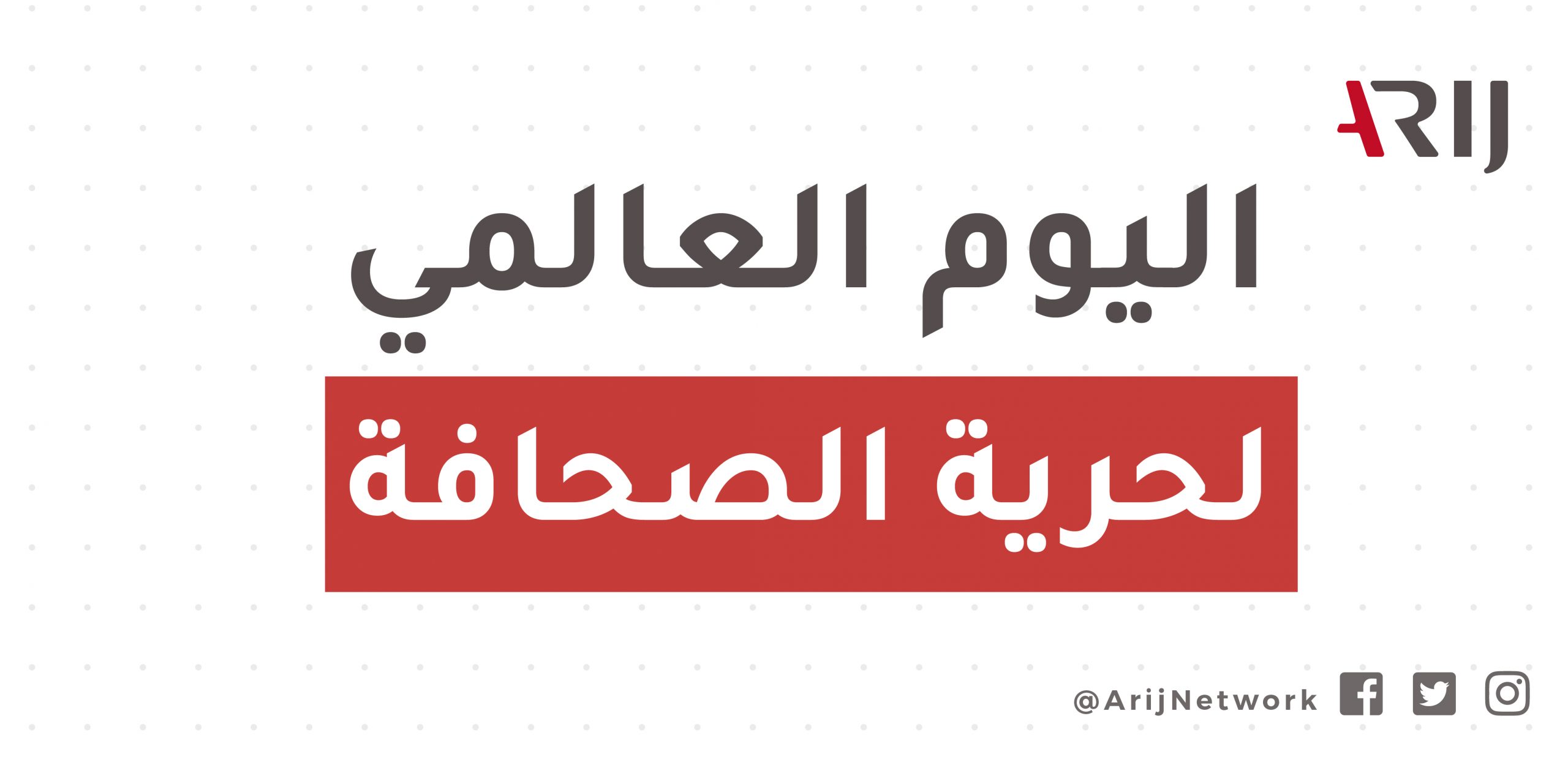 AMMAN — On World Press Freedom Day, ARIJ published three investigations to mark the occasion and consolidate its message of the necessity of continuing to fight for free media expression, even in the toughest of times. The investigations were published on five platforms, as well as the ARIJ website.

Since the UN adopted World Press Freedom Day in 1993, in accordance with a recommendation by the 26th General Conference of UNESCO in 1991, May 3 has been an annual opportunity to uphold and measure the principles of press freedom in countries around the world.

ARIJ Executive Director Rawan Damen expressed pride on the occasion: “I am proud of all journalists, particularly those in the field, and the press in general, who are addressing all challenges in order to provide the reader, the viewer and the listener with informative, reliable and interesting information, especially during these uniquely difficult times. May 3 is, for all of us, our day to announce to the world that we are proud of what we are doing every day.”

With World Press Freedom Day comes RSF’s index of press freedom in 180 countries, which showed that the Arab world remains at the top of the list for the most dangerous places for journalists, especially in Palestine, which ranks at 137th place.

ARIJ sees World Press Freedom day as an opportunity to defend the media and protect them from attacks targeting their independence. Hence, the first of the three investigations released on May 3 was “Forced Retirement“, by Palestinian journalist Linda Shweiki. Published on Al-Quds and Alaraby.tv, the investigation documents the referral of 168 civil servants and 204 military personnel in the areas of the Palestinian National Authority to early retirement, including the war-wounded; those who clashed with Israeli soldiers during the Palestinian uprisings; those formerly detained in Israeli prisons; and those with disabilities.

The second investigation, “Why Is It So Hard For Jordanians With Disabilities To Get Work?” by Frank Andrews and Sawsan Tabaza, was published on 7iber in Arabic and Al-Bawaba in English. This investigation reveals how weak government measures allow companies in the private sector to shirk responsibility of fulfilling a quota of hiring people with disabilities.The third investigation, “Yemen’s War: Buying Loyalty with military ranks” by Hussein Mohamed (a pseudonym), was published on Daraj and Al-Mushahid. The investigation documents how both the internationally-recognised government of Abdrabbuh Mansur Hadi and the Houthi authority are violating Yemeni laws and military hierarchies by unjustly promoting civilians to senior military ranks.