By Abdul-Wahab Eliwa and Mohammad Abdul-Salam
Cairo, Egypt (AlHayat), Jan, 2016 – The door of the operating room in a government hospital in Egypt remained shut for more than four hours, during which Khilaf Gamal, head of the family, underwent a cholecystectomy on January 12, 2015.
The surgeon’s scalpel did not only remove the gallbladder, but also cut the bile ducts, causing the formation of blood clots in Gamal’s body. This affected the functions of his liver which developed into cirrhosis, according to a medical report issued on 3 February by Qasr Al-Aini’s Medical College Hospital at Cairo University.
Gamal was admitted to this hospital after the other state-run hospital where he underwent his first surgery, refused to admit him again – either because the sonography equipment or because the doctor who operated on him was unavailable, according to the victim’s father Gamal Abdul-Rahim.
After nearly 52 days at the ICU in Qasr al-Aini, Gamal died. In a letter to his family, he asked them not to let his “death be in vain, for the sake of my children. The doctor must be held accountable.”
Gamal’s case is but one example of medical errors that occur every day in the operating theaters of both private and government hospitals. While many patients are unaware of their legal rights some have filed complaints to entities such as the Public Prosecution, the Doctors Syndicate, and the Ministry of Health. Each entity has its own protocols and regulations governing how they investigate complaints. They do not coordinate with other relevant bodies. As a result, perpetrators have often escaped punishment, in the absence of legislation that ensures accountability and protects the rights of patients.
According to the latest statistics of the Ministry of Health, there were 1,866,529 surgical procedures performed in 2014.
Complicating matters further is a shortage of provisions in the Expert Law that regulates the workflow inside the Forensic Medicine Department, compelling doctors or morgues to submit reports within a specified period. Currently, all the Prosecution can do is send an urgent memo, which means there is no way to obtain conclusive evidence confirming or denying medical error. 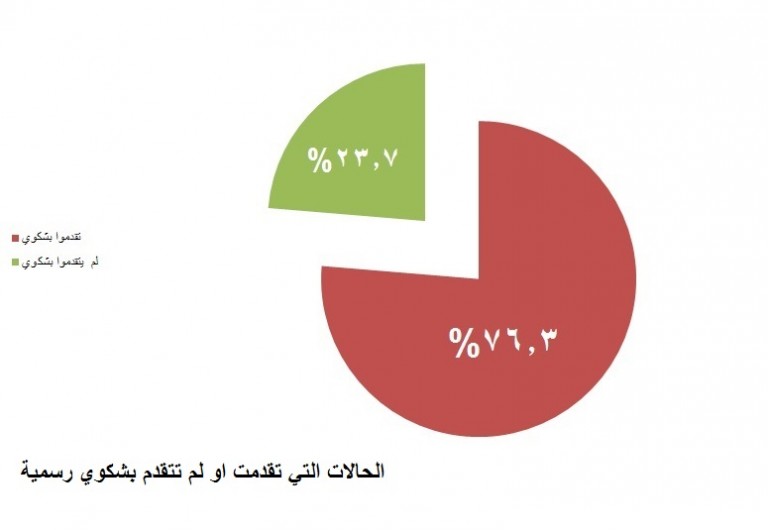 * This investigation was carried out with the support of Arab Reporters for Investigative Journalism (ARIJ) www.arij.net.