In her sixth month of pregnancy, Um Wassim (mother of Wassim) is nervous, despite having safely passed the critical stages of the first and second trimesters. In the past five years, she had three miscarriages during the first four months of her pregnancy.  Wassim, who has just turned two, is the only survivor after recurrent miscarriages, but has tragically started showing clear signs of mental retardation. The physician’s diagnosis for her recurrent miscarriages and for her son’s mental retardation problem: Iodine deficiency.

Um Wassim, a college educated young woman, was aware of the issue of iodine deficiency, which had risen to the forefront of public interest in Syria in 1991, after it was discovered that nine out of ten Syrians were iodine deficient; their cases ranging from mild to severe, according to a study conducted by the United Nations Children’s Fund (UNICEF).

Such an alarm bell has since prompted the government to launch a campaign to combat iodine deficiency.  A top priority for the program was to require salt plants to add iodine to table salt, in order to supplement the iodine deficiency of the estimated 22 million Syrian citizens, since salt is the most commonly used food item among all citizens’ groups.

Um Wassim had known of the iodine deficiency problem, and she made sure to buy iodized table salt; therefore, her doctor’s diagnosis greatly surprised her.

Iman Bahnasi, an expert with the Syrian Iodine deficiency Program and UNICEF child survival and development officer, summarizes the situation as a result of the packaging of iodized salt in transparent plastic bags, which causes a decrease of iodine concentrations in the salt when it is exposed to light, humidity, or heat.  This matter prompted the Syrian Ministry of Health in 1997 to test salt sold in local markets produced by the four largest salt plants in Syria: Al-Tibni, Al-Rashed, Al-Meemas, and Al-Safa.

Samia Haddad, a chemist at the Directorate of Public Health Laboratories, explains that salt samples from newly introduced products in local markets, and those that are packaged in plastic bags, were tested for iodine content at the start of the fourth month after packaging, and then again at the end of the ninth month.  The results indicated a decrease in iodine content by 3-8%. This was due to the exposure of salt bags to sunlight or direct artificial light in retail stores.  According to Basil Daaboul, an industrialist who owns an iodized salt plant and who the represents salt plant owners with the National Committee for Combating Iodine Deficiency, this percentage range is sufficient to cause moderate to severe iodine deficiency.

Daaboul adds: “As a result of these tests, the committee has decided to amend the 2008 packaging specifications for salt in Syria, in order to ensure that packaging of iodized salt utilizes Polyethylene, which is safe for food packaging and impervious to light. However, Mr. Daaboul and the rest of the committee members agree that this 12-year old recommendation issued by the National Committee for Combating Iodine Deficiency has not been put into effect: neither has it been listed as one of the Ministry of Industry specifications, nor have the owners of about 25 factories abided by it.

Abeer Al-Ali, an iodine expert with the Directorate of Laboratories at the Ministry of Health, explains the reasons for this: “If we require plant owners to package salt in non-transparent or colored bags, it will impose a further financial burden on them.” The other consideration, she says “is psychological, as consumers prefer a product they can see in order to evaluate its color and purity.”  She adds: “We can enforce the use of safer packaging practices on plants, but this will raise the cost for plant owners.  If they do not object to the change, we will not object to it either.”

However, Basil Daaboul, the representative of salt plant owners with the National Committee for Combating Iodine Deficiency, feels that both the Ministries of Health and Industry should launch a campaign to spread awareness among consumers about the dangers of packaging iodized salt in transparent plastic bags. He feels that the cumulative risks, as shown by recent test results, are a sufficient prompt for the campaign; adding that such a campaign will help plant owners heed the recommendations of the committee to use safer methods, and that they would therefore be willing to accept the extra costs involved which can be added to the usual retail price of salt.”

Daaboul also says that “one of the alternatives to transparent bags currently in use is the non-transparent or opaque plastic bags; these are impervious to light and only increase the official price of salt, currently 10 Syrian pounds per one kilogram, by a few pennies. However, opaque bags have been avoided by salt plants in deference to the consumers’ preference to see the salt through transparent bags.  Daaboul adds that: “If consumers become aware of the dangers of these transparent bags, they wouldn’t prefer them.”

Non-transparent carton or plastic containers represent another alternative salt packaging method. This was examined by the committee, according to Daaboul, but it was found that its use would increase the cost by 5 to 6 Syrian pounds per one kilogram of salt. The exchange rate of one US Dollar is 50.00 Syrian Pounds.

Projected increases in the price of salt if safe packaging methods are adopted are supported by Um Wassim and the parents of one hundred students between the ages of 8-10 who participated in the intelligence test using the Leiter International Performance Scale and commissioned by Al-Iqtisadi. The results indicate that about 84% of the students tested suffer from a decline in mental ability and may be classified as having average to weak mental capabilities.

The Leiter International Performance Scale, administered on behalf of this investigative report, confirmed the previous findings by a 2008 UNICEF study on a sample of 2000 students over 13 provinces in Syria, which concluded that “there is a correlation between the level of iodine deficiency and academic performance.”

Abeer Ali Ahmad explains that the effects of iodine deficiency appear more clearly in children and extends into old age; it can also begin at the embryonic stage during pregnancy when it can lead to thyroxine deficiency in the pregnant woman. This causes several possible consequences to the newborn such as learning disabilities, delayed brain development, and low intelligence levels, she adds.

Additionally, its effects would extend to the pregnant woman herself causing “hypothyroidism, disruptions to the menstrual cycle and to ovulation, infertility, recurrent miscarriages, etc.”

This investigative report reveals that the dangers of iodine deficiency seem to arise the faulty packaging of table salt by “methods adopted in most developing countries.” This had prompted UNICEF to conduct studies in Syria as well as other Asian and African countries. They all showed similar results.

Syrian official attempts succeeded in reducing iodine deficiency cases from 90% in 1991 to about 45% in 2000. However, this success has begun to regress, as tests conducted by the Programme of Iodine deficiency indicate. This is caused by the fact that 93% of Syrian families consume salt which has been packaged in transparent plastic bags. These test results are in accordance with a second study conducted by the UNICEF in cooperation with the Syrian Ministry of Health published in 2006.

This deterioration has coincided with the introduction of transparent plastic packaging for salt in the mid-nineties.  The effects of this practice became apparent with the increasing rates of iodine deficiency.  The most recent UNICEF studies show that the average rate of iodine deficiency has climbed from 8.2% in 2000 to 12.99% in 2006.

However, the main obstacle remains the lack of implementation of the committee’s recommendation to change packaging specifications for salt and the enforcement of the use of opaque packaging that does not allow light penetration. According to Abdul Razzaq Al-Homsi, an engineer with the Syrian Arab Standards and Metrology Organization, “packaging of any product must meet certain specifications, but these specifications do not include what type of material to use in the packaging of salt, only that it should be of a plastic, or a re-sealable container, without specifying what type of plastic to use.”
Iman Bahnasi explains that during follow-up studies to assess the Programme for Combating Iodine Deficiency, observations “strangely” showed that, in 2006, the rates of iodine deficiency rose.  However, Bahnasi points out that this period coincided with the plant owners abandoning the use of non-transparent containers and starting the use of plastic packaging.  Furthermore, Bahnasi stresses that transparent nylon or plastic bags that allow light and heat to penetrate through to the salt, are the main culprit in the reduction of iodine concentrations in salt.

Industrialist Basil Daaboul reveals that in the early nineties, salt plants had safer packaging and used opaque, non-transparent plastic containers; however, this practice was abandoned in favor of transparent plastic bags, in order to meet consumer demands. “The consumer prefers to see the packaged salt, and believes that transparent bags show how pure it is,” he says. “The consumer no longer trusts what is in non-transparent packaging, which leads us to call for a comprehensive campaign which demands a change to the current specifications and explains to the consumer the health risks resulting from iodine deficiency due to unsafe packaging methods,” he adds.

A 2006 UNICEF study of 3000 Syrian families in the 14 provinces in the country, found that 65% of the households surveyed are unaware of the dangers of using non-iodized salt and its impact on children. At the same time, it was found that 22% of the families surveyed store salt in its original plastic bag, causing further diminishing of iodine, due to light exposure.

This investigative report coincides with the first campaign launched by Syria against the use of plastic bags, which was recently announced by the Minister of State for Environmental Affairs, Dr. Kawkab Al Daya. The campaign warns of the dangers of using plastic bags in food packaging, but does not specifically refer to salt or any other food items.  However, those who have followed expert opinions during this campaign have become aware of such dangers; harm is caused not only to people but to other products such as cement, which is damaged by transparent plastic packaging.  The Ministry of Industry, which has control of specifications and sets the standards for industry in Syria, is yet to issue a decision amending specifications for salt packaging in order to protect people.  It is of note that neither the Ministry of Industry nor the Organization for Standards and Metrology have offered a clear justification for not changing such specifications, and have only announced that they are considering it. 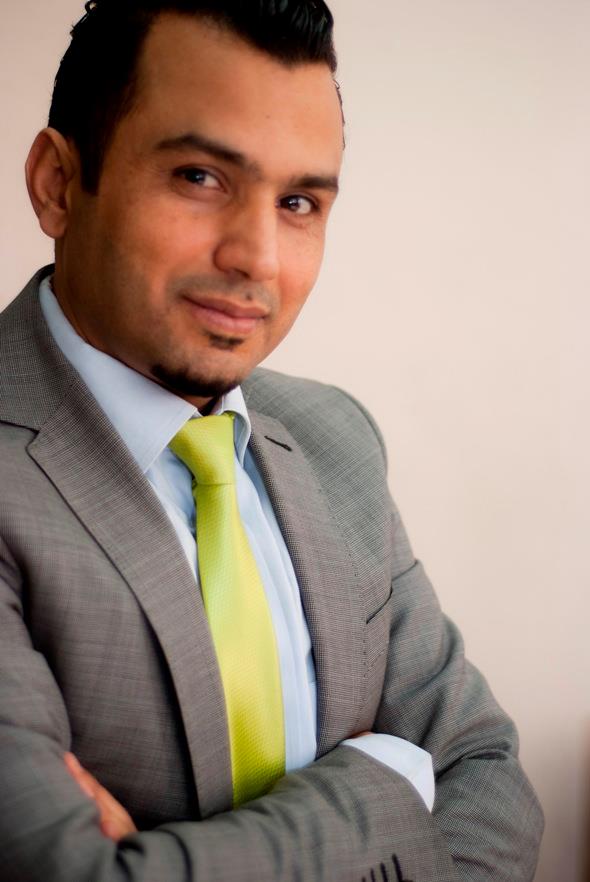