After eleven years full of ups and downs as well as hopes and disappointments, Jordanian school teacher Inaam, 45, lost her source of livelihood when she dared to break the silence and demand her and her colleagues’ rights.

Inaam was sacked by the owner of the private school in October 2014. This set her on a journey to lobby for the rights of teachers like her. In the course of her campaign, she discovered many contractual violations affecting the rights of teachers.
For example, the owner of the school had for the past six years suspended her health insurance at the end of each academic year before renewing it at the start of the new year despite an agreement in place to retain her services.
Inaam did not have a copy of her contract. But when she did get a hold of it, she discovered that her monthly salary was set at the minimum wage (~$267) and that this was calculated as the basis of her social security, when she was being paid $375 a month.
Inaam is one of 11,700 teachers out of 40,000 teachers registered with the Ministry of Education whose insurance benefits were suspended in the summer of 2015. Her colleague Nariman al-Shawahin, 40, had faced the same issue for six consecutive years.
In the summer of 2013 and 2014 respectively, 12,400 and 12,830 teachers received the same treatment. 90% of those figures were women.
From bad to worse
Inaam’s other colleagues Ahlam, Hiba, Inas, Hanin, and Majida are faring even worse. Over the three months it took to conduct this investigation, we interviewed 20 teachers who were paid less than the minimum wage in Jordan of JD 190 ($267) and received social security benefits accordingly.
In many cases, teachers throughout their careers were registered with the Social Security on the basis of the minimum wage when their real wages were often many times more the minimum wage. Their demands for their situation to be rectified have often been met with absolute rejection in violation of their rights and their entitlements. Indeed, pensions in the future are calculated on the basis of the wage registered with the Social Security and the subscription period.
Inaam was being paid JD 265($373) a month until she was sacked. The owner of the school had included the figure of JD 190 as her monthly wage in the contract in breach of the Social Security Law that requires the real wage to be stated.
The school owner took all measures to cover his tracks. He paid the teacher her salary in cash rather than a bank transfer and asked her to sign two forms, one with the real wage and one with the JD 190 wage submitted to Social Security.

Hiba Abu Ghneim, another teacher who worked for six years at a private school was paid only JD 150 according to her bank statement. Yet she was registered with Social Security as receiving the minimum wage of JD 190 to be consistent with the law that requires the wage subject to a deduction not to be below the minimum wage. In other words, schools use the figure of JD 190 in Social Security paperwork in the event the real wages are lower to avoid legal accountability.
Data taken from the Social Security Corporation show that 11,909 insured personnel in private schools are registered on the basis of the minimum wage out of 40,000 insured workers. Around 11,290 of them are women, proving that thousands of schools are dealing with their female teachers on the basis of the minimum wage whether the real salaries are higher or lower.
Contracts of submission
Our investigations revealed another form of violation perpetrated by school administrations who were deducting Social Security subscriptions from the teachers’ salaries. A survey showed that 19% of teachers bear the full cost of the subscriptions. This is despite the fact that the Social Security law requires employers to pay 13.25% and employees 7%. 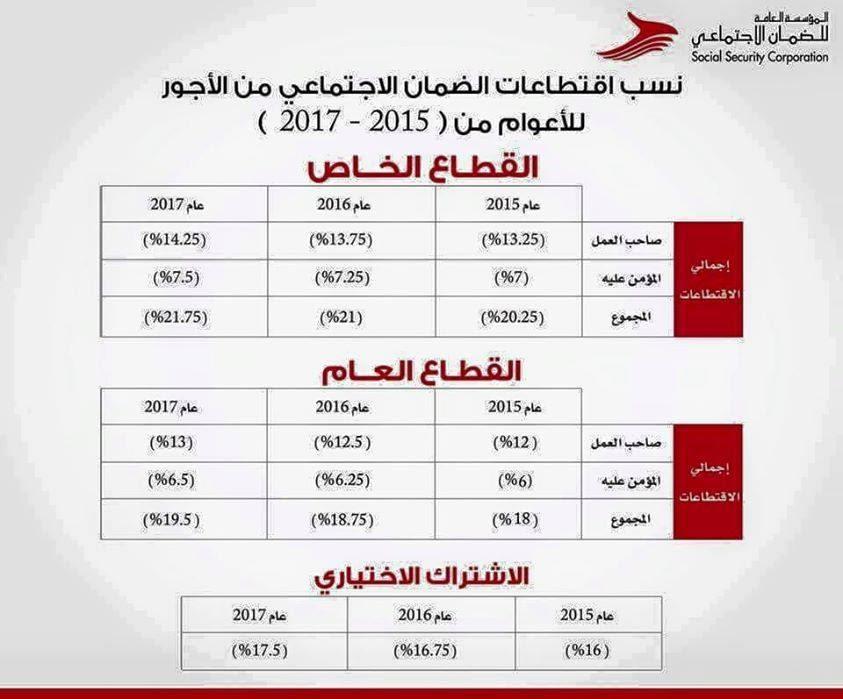