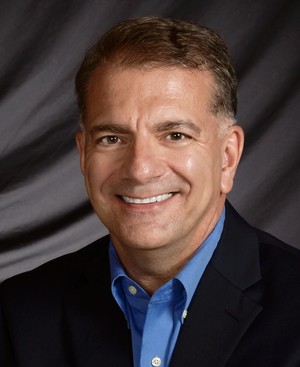 Doug Haddix: Investigative journalists need to be curious and persistent

ARIJ interviewee of this month is Doug Haddix the executive director of Investigative Reporters and Editors- IRE. Haddix oversees training, conferences and services for more than 5,500 members worldwide. Previously, he worked as an IRE training director, an assistant vice president at Ohio State University and director of the Kiplinger Program in Public Affairs Journalism. He led investigations and computer-assisted reporting at The Columbus Dispatch for a decade. Before that, he worked as a reporter and editor for several media outlets in the United States.

What do you see as the future of investigative journalism in the Middle East?

I think journalists in the Middle East have a very difficult job, but I have been very encouraged at ARIJ conference to see the cooperation and the work that is going on all across the region despite the danger. So, there is so much energy, excitement and enthusiasm to do work that really makes a difference.

What are the most important skills investigative journalists need to acquire?

Investigative journalists need to be curious and persistent, because they are doing stories that people generally do not want them to do; stories that governments officials may not like, or companies and corporations may not like. So, they must be brave, and persistent. There are other skills they should acquire, such as knowing where information is available, being able to dig in to documents, and most importantly now, being able to dig into data; to define and analyze data in ways that can get us closer to the truth.

Technology is changing rapidly, even on things like social media over the past five or ten years. So journalists have more power and responsibilities to use social media in a responsible way…computer technology keeps getting better, and the costs keep coming down for sophisticated tools to analyze tens of thousands of documents; machine learning, artificial intelligence, using sensors, and drones to get into places you might not be able to get into otherwise. So, the technology is getting more powerful and the costs are coming down in many cases, so it becomes more accessible for journalists.

The biggest challenges ARIJ journalists face have to do with censorship and government restraints. Do you have suggestions for dealing with these issues?

Censorship is a growing problem, even in the United States we are facing- not censorship directly but- threats and intimidation. Journalists in the Middle East have faced that for longer and more serious ways than we have in the United States. I think being careful and putting personal safety as your number one priority is always the most important thing. Journalists also need to develop sources that they can trust, find ways to protect those sources and themselves physically, and also protect their communications with sources in a digital way, so they are not exposing themselves or their sources to danger.

What story that you have personally worked on are you most proud of and why?

I was fortunate during my time as an investigative editor to work on a lot of stories. The last project that I supervised involved inmates tour in prison, many of them were sentenced for ten, twenty years or longer. They were innocent of the crimes and we- through our investigative reporting- at The Columbus Dispatch Newspaper, were able to identify several prison inmates who were innocent, and they were released from prison after serving for 10  to 20 years for crimes like murder, and rape—things that they did not commit. The DNA evidence had never been tested, because of our reporting efforts, it was tested, and they were freed, that was so gratifying to be part of that.

What’s the biggest mistake you made in a story and how did you guard against ever repeating it?

I have been fortunate not to have had a catastrophic mistake in stories that is easy to do…I have made mistakes when I have misidentified someone or misspelled a name or that type of thing, but thankfully, nothing more serious than that. That is because we usually go through levels of what we call bullet proofing the story to make sure that it has gone through various steps to authenticate and verify the information. We also never go with just one source. We look for ways for varying using multiple sources; not just people as sources, but also data and documents, so we try not to be in a position to make a serious mistake.

How do you see ARIJ, as an investigative reporting organization working in the Middle East in light of all the challenges and changes that is happening in the region?

I think ARIJ is doing an amazing job. For more than a decade, the organization has provided resources, tools and a network for Arab journalists, many of whom are in great danger, and ARIJ has become a sanctuary where journalists can be protected outside of their countries to do work that still matters and makes a difference in their home countries, if it is too dangerous where they are, for instance in Yemen or Syria or increasingly in Egypt where it is becoming more dangerous to do this kind of work.

I think having an organization like ARIJ makes a huge difference, because journalists doing an investigative work can often feel that they are all alone, and ARIJ helps people remember that they are part of a larger network, and that they have support. They have friends and colleagues who can help them with any story to do a better job, and to do it safely.