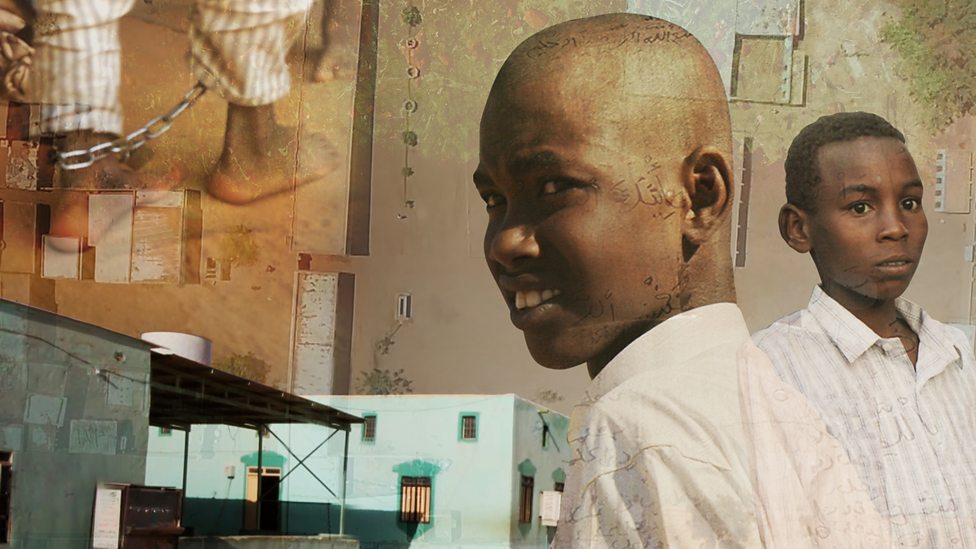 Fath Alrhman Alhamdani — Exposing the Khalwa: A victory for those whose childhoods have been violated

A new BBC investigation, in collaboration with ARIJ, uncovers the systemic child abuse inside Islamic schools in Sudan, known as Khalwas, managed by sheikhs, and widespread all over the country.

The investigation documents the torture children are subjected under the pretext of memorizing the Qur’an. Children as young as five are routinely chained, shackled and beaten by the sheikhs for not memorising the Qur’an accurately. The investigation also found evidence of children sexually abused by those running the Khalwas, as well as older students. On top of this, many of the children at the Khalwas are malnourished, and are not given healthy food or clean water.

Most of the students who join the Khalwas come from poor families who cannot afford education fees, or from families who consider that a child’s learning of the Qur’an is more important than school. Most of these children cross long distances to attend Khalwas, and are not permitted to return to their homes until they have memorized the Qur’an in its entirety.

A large segment of society is unaware of the injustice and suffering these students endure. Families sending their children believe that these cells are a safe haven under the supervision of sheikhs. If a child dies as a result of the torture, their family is told by the sheikh that he is a martyr chosen by God.

Moreover, anyone exposing that deliberate abuses and violations are occurring within the Khawlas is labelled an enemy of Islam and the Qur’an, and is threatened with execution.

For Sudanese journalist, Fath Alrhman Alhamdani, it was extremely dangerous to enter these Khalwas and document the violations occurring within them. Had he been exposed, he could have been assassinated, and risk was heightened since most of the cells are located in remote and isolated areas. Alhamdani went undercover, disguised as a student, to be able to document the abuse through his phone’s camera and hidden behind a book. At one point he was exposed, and was almost beaten by the sheikh. Luckily, he had prepared a backup plan on how to quickly evacuate the Khalwa.