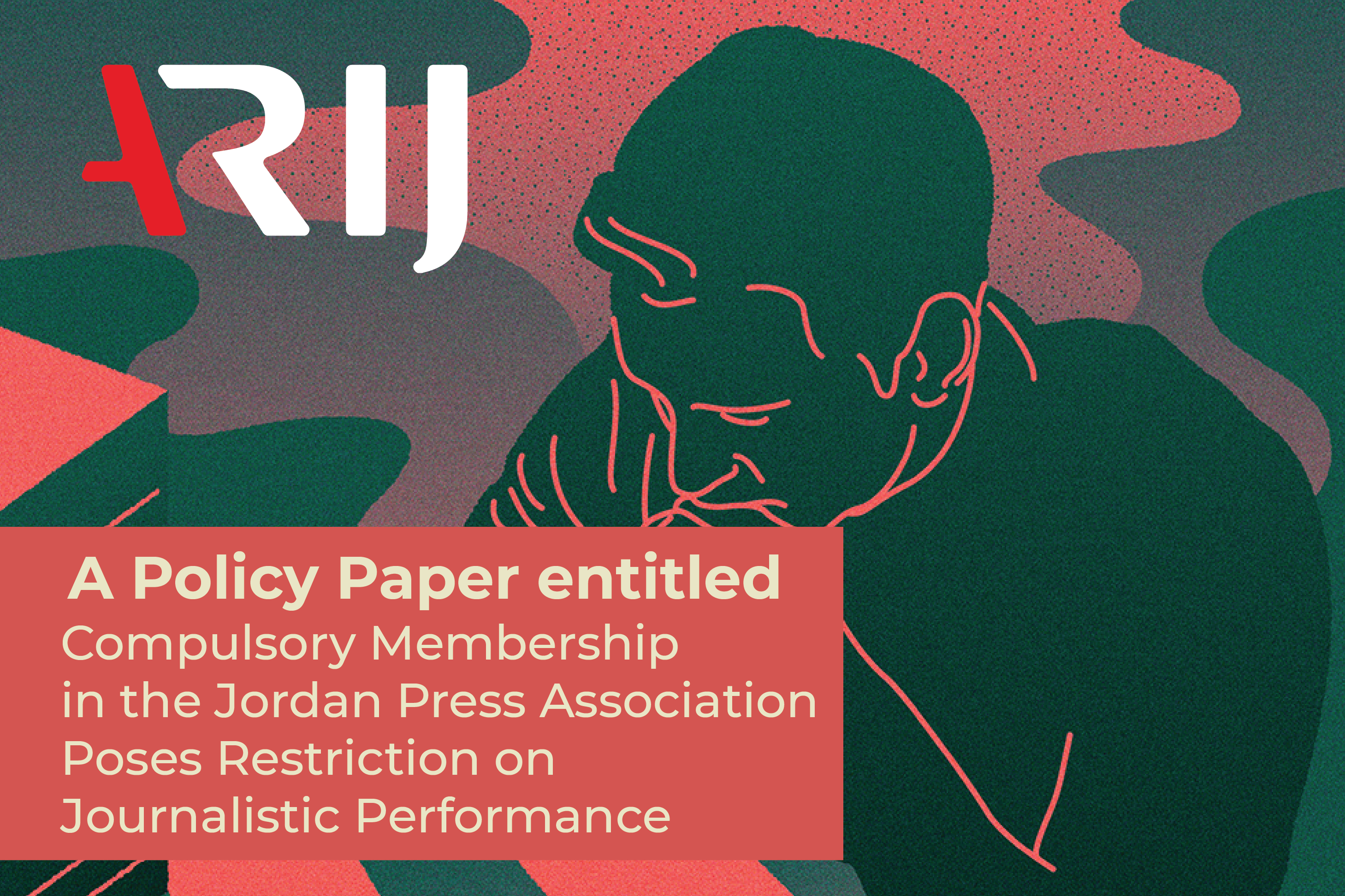 International constitutions and legislations have enshrined the freedom of the press as a fundamental issue. This freedom is an integral part of basic human rights, and it comes in many forms, including the freedom of the press, printing and publishing. Today, journalism and media work are challenged by censorship and other obstacles, which have restricted their work. These have also left a direct and negative impact on journalists and on their performance. This prompted us to highlight all potential legislative gaps and to produce legal recommendations to rectify them whenever necessary in the hopes of creating a media environment that enables journalists to practice press and media freedoms without restrictions.

Accordingly, this paper discusses the impact of the mandatory membership in the Jordan Press Association  which leaves a restrictive impact on freedom of the press and the practice of journalism in Jordan, as the current law in the country prohibits anyone from doing journalistic work unless they are also members of the Jordanian Press Association.

The paper adopts a descriptive and analytical approach; it explains and analyzes the texts of the laws governing press freedom and explains the extent of this restriction. The paper also stresses the importance of modifying some legislative texts in order to form a legal system consistent with international conventions and charters that grant journalists the complete freedom to undertake journalistic work without arbitrary restrictions impeding their work.

The paper tackles the most important international standards for freedom of opinion and expression that guarantee the right to practice journalism without restrictions. The research sheds light on international treaties for freedom of opinion and expression and compares these with the Jordanian constitutional status and the legislation in force. The paper also highlights the contradictions between these two in order to delineate the rights of the journalists to practice their profession within a loose scope of freedoms granted by international charters and treaties that are confirmed by the constitution.

Based on the foregoing, the paper presents many recommendations in order to enhance the freedom of the press by proposing amendments to some Jordanian legislation regulating the practice of journalism. Examples include Articles (2), (16) and (18) of the Jordan Press Association Law and Article (10) of the Press and Publications Law.