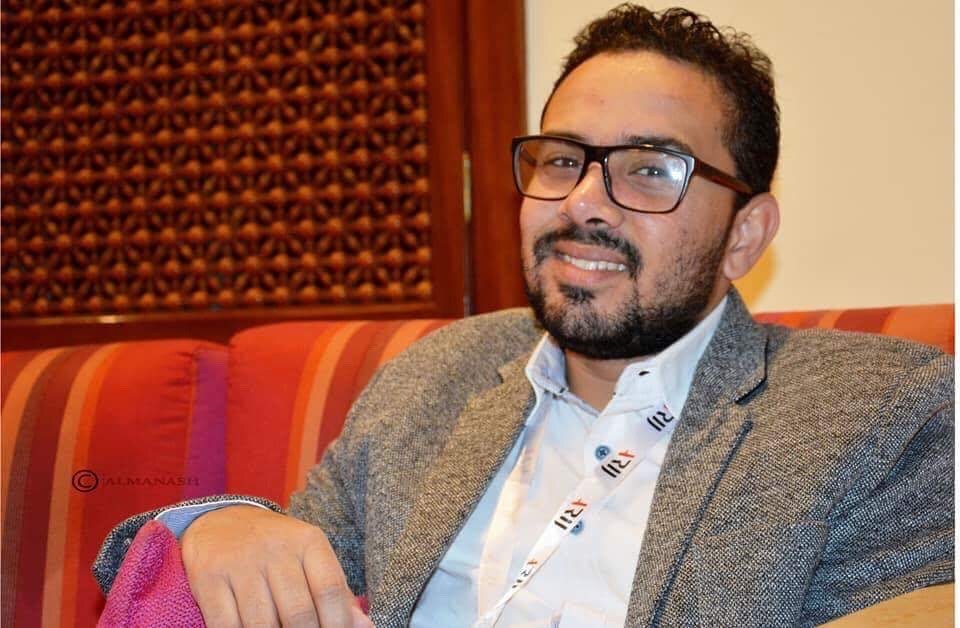 Mahmoud Wakea graduated from Cairo University with a journalism major. Shortly after, Wakea navigated through some of Egypt’s most prominent media institutions, including Al-Masry Al-Youm and various satellite channels.

Wakea trained and produced a number of investigations with ARIJ on human rights and corruption. His last investigation was prize-winner “Made in Prison“.

You recently won the Future Press Award for your “Made in Prison” investigation, where did the idea of ​​the investigation come from, what  challenges did you face and how were they overcome?

In cooperation with my supervisor, Mustafa Al-Marsafawi, we developed the story idea over eight months, before crystalising the hypothesis and discussing its final form as a digital story.

During the investigation I faced many challenges, one of which was trying to persuade prisoners’ families to talk about the impact of the time their children spent in prison and their subsequent shift towards violence and atonement.

It was important to accurately gather the details of the ideological shift of the young prisoners, and our main sources were the families of some of those prisoners, their lawyers and a group of newly released prisoners.

For months, we conducted interviews with them to build bridges of trust, and this tactic helped a lot in persuading them to talk to us about the story, and provide us with all the needed details. We also interviewed prisoners who were still behind bars through their respective lawyers.

Of course, everyone was afraid, and they did not want to talk to us, but we did not give up, and we followed them and explained everything to them. Finally, after many attempts they decided to talk to us and eventually cooperated with the investigation.

How did digital narrative uplift “Made in Prison” for the audience?

In my opinion, had it not been for the digital narrative, it would not have spread in the way it did. The way the story was presented helped make it more engaging to the audience, and more enjoyable to read.

Here it should be noted that developing the story with Mustafa Al-Marsafawi and technical supervisor Abdul Rahman Yahya, contributed to reaching the optimal shape for the design and greatly facilitating the writing process and organizing the investigation’s presentation.

Of course there were other factors and parties that contributed to the success of the story and made it more attractive; the designer and developer Marwan Al-Qadi, the use of pictures thanks to Egyptian photographer Roger Anis and the artistically drawn scenes.

How do digital tools contribute to the success of investigative journalism? What role should the Arab media play in supporting digital journalism?

As I previously said, digital narration tools make the stories more attractive to the reader. It also makes it easier for the journalist to write, provided that they are well aware of, and have decided beforehand, which digital tools they will use and how the story will be presented. Writing should be on the basis of these decisions, not the other way around.

Many journalists write investigations and then think about suitable narration tools depending on what they wrote, but in my opinion, it is best to start thinking about the framework and then write what suits it. Also, I think the digital narration tools currently available nicely complement the storytelling process, and are not just a frame within which a story is told.

How did ARIJ contribute to developing your skills, both through the workshops you participated in and the editorial team who worked with you during the completion of your investigations?

For four years I attended many workshops, developed my digital newspaper production skills and immersed myself into all the stages of TV story production. My skills in fact-checking also developed as I worked as a fact-checker on several of ARIJ’s investigations.

Over the past two years, I produced three stories with ARIJ’s video department, and gained distinctive ideas and new techniques for developing journalistic stories from my two colleagues, Mustafa Al-Marsafawi and Abdul Rahman Yahya, who contributed to the investigations with top quality.

How do you see ARIJ in the coming years? How do you expect ARIJ to support journalists and develop their skills?

ARIJ plays an active role in publishing investigative journalism, and training hundreds of journalists from various Arab countries, and this role must continue and expand. The network should include more new journalists every year in its training workshops.

I expect ARIJ to remain at pace with the global developments of investigative journalism tools, and to expand the production of “Digital Video” stories and open-source investigations.