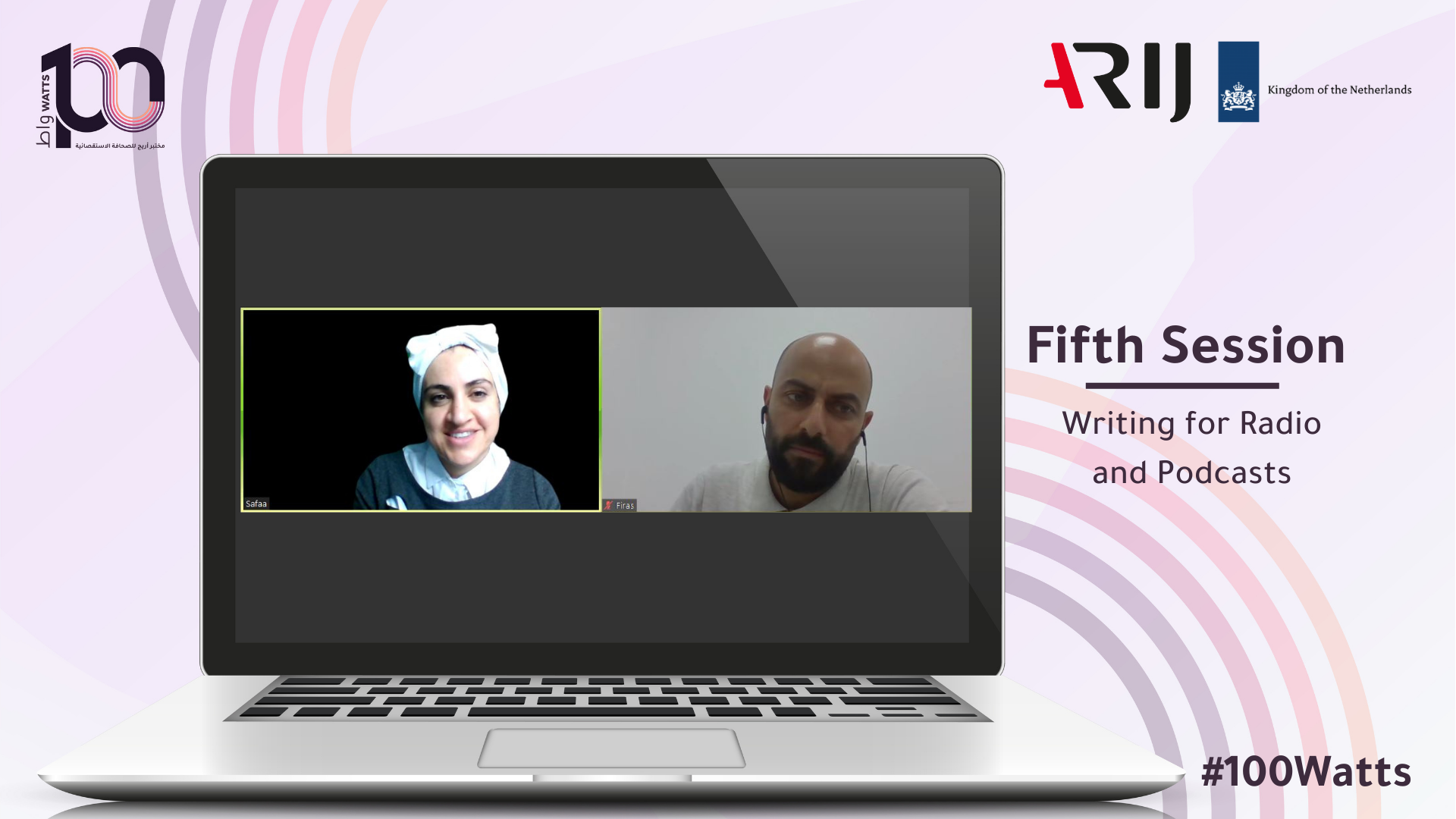 The 5th webinar of the “100 Watts” project addressed writing for audio stories, including podcasts and radio.

“100 Watts” is a three-year project launched by ARIJ and supported by the Embassy of the Kingdom of the Netherlands in Jordan. The project aims at training more than 100 journalists, content creators, journalism and media students, and professors in Jordan on digital storytelling, with a focus on audio storytelling, to address vital societal issues in Jordan and promote accountability and reform.

The session, held on 30 June 2021, was co-led by ARIJ trainers Firas Taweel and Safa Alramahi. Taweel started by noting that one must start thinking about the script early on in the process, particularly during the brainstorming phase, and continue throughout the research and field work phases. Taweel pointed out that being familiar and well-versed in the topic before writing is a crucial factor in its success.

Taweel then spoke about the essential elements for writing audio stories. He pointed to the importance of thinking about potential sounds to include in the story, ones that complement the script and bring the story alive. Imagine the first image that pops up as you are listening to the script, and turn it into a sound, he said. Alramahi indicated that the first image is the “story hook” that draws in the listener.

Another important element is language. Taweel stressed that language should be adapted to suit the story presented and should avoid rigid templates.

Responding to a question raised by a participant about writing using the colloquial language first and then converting it to standard Arabic (Fusha), Taweel said this tactic may be used to overcome the difficulty of writing in standard Arabic and helps preserve the spirit of the story.

Narration was another element addressed in the session. Taweel emphasized the importance of using strong and direct sentences at the beginning, while maintaining a simple and smooth narration style.