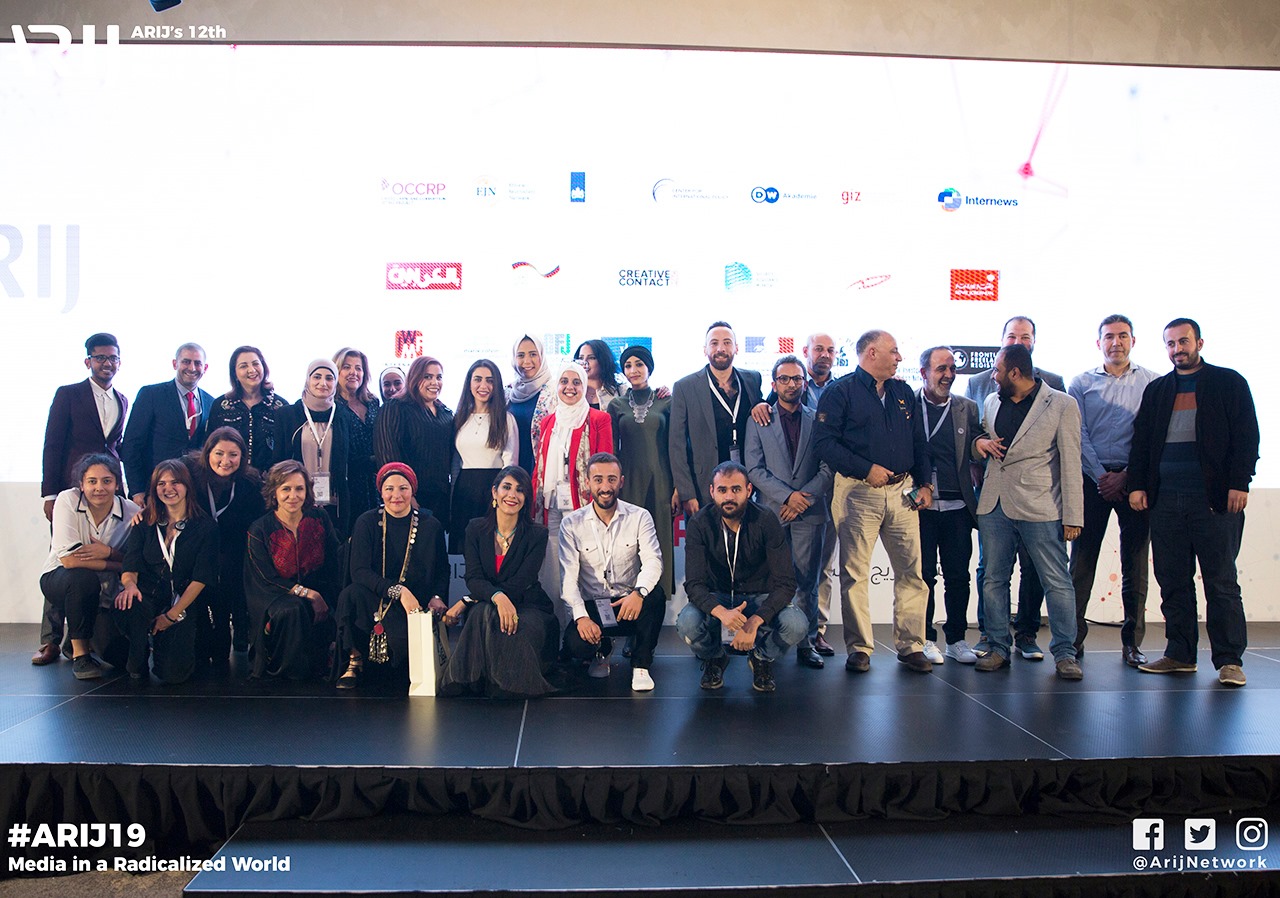 Amman, Jordan — The 12th forum for Arab Reporters for Investigative Journalism (ARIJ) opened in Amman on Friday with a plenary on ‘Media Narrative, Internet Trolling and Digital Protection’ in a radicalised Arab world.

During the opening, over 500 participants witnessed the handover of ARIJ’s management from its Co-Founder and Executive Director Rana Sabbagh to Rawan Damen, almost 14 years on from the birth of the first methodical investigative reporting network in the Arab region.

Under the theme “Media in a Radicalised World”, the three-day forum gathered over 580 journalists and experts from around the world.

The first plenary tackled the interference between digital media and journalism’s traditional narrative, and covered issues surrounding governmental attempts around the world to invade the privacy of journalists who endeavour to report true events and expose fabricated news that is meant to mislead the public.

Mohamad Najem, Executive Director of the Beirut–based digital rights organisation SMEX (SMEX.org), said that media laws in the Arab world are drafted to “meet the authorities’ interests and not to serve the public”.

“These governments usually use certain techniques to control the cyber world by owning stocks in start-up companies, buying public influencers or attracting Chinese companies that are not interested in human rights, to compete with forums in the Arab world,” Najem told the gathering.\

Najem also touched upon the Palestinian people’s suffering “who pay the price of double legislation under Israeli occupation”.

Meanwhile, Social Media Specialist Amine Abou Yehya said that “the explosion of the digital media forums came as a saviour for the extremist groups who use it to instigate hate speech”.

Abou Yehya called for the introduction of media education to high schools, to “alert the new generations of the dangers of social media”.

Lebanese Producer and Reporter Rami Ruhayem, who is currently a BBC correspondent in London, spoke about the misleading media mechanisms that attempt to locate certain facts or past events, “and then fabricate news about it”.

The facilitator of the plenary, Rasha Qandeel, who is a presenter at the BBC, stressed that “citizen journalism has overpowered traditional media by exposing the truth of the authorities’ media machines that used to control it”.

“My colleagues are also facing systematic digital defamation and misleading campaigns in an effort to thwart their efforts in raising public awareness,” Kobaissi said.

On the other hand, Director of Media Partnerships for Facebook and Instagram in the Middle East, Africa and Turkey Fares Akkad, focused on the importance of “his social media outlets in dealing closely with the media establishments and journalists who are working in the field in order to develop mechanisms that would help them avoid mistakes and secure their personal safety and security”.

During the opening ceremony, the ARIJ team displayed an emotional video to bid farewell to ARIJ Co-Founder and Executive Director Rana Sabbagh, who will move to Sarajevo to lead an investigative team as part of OCCRP.