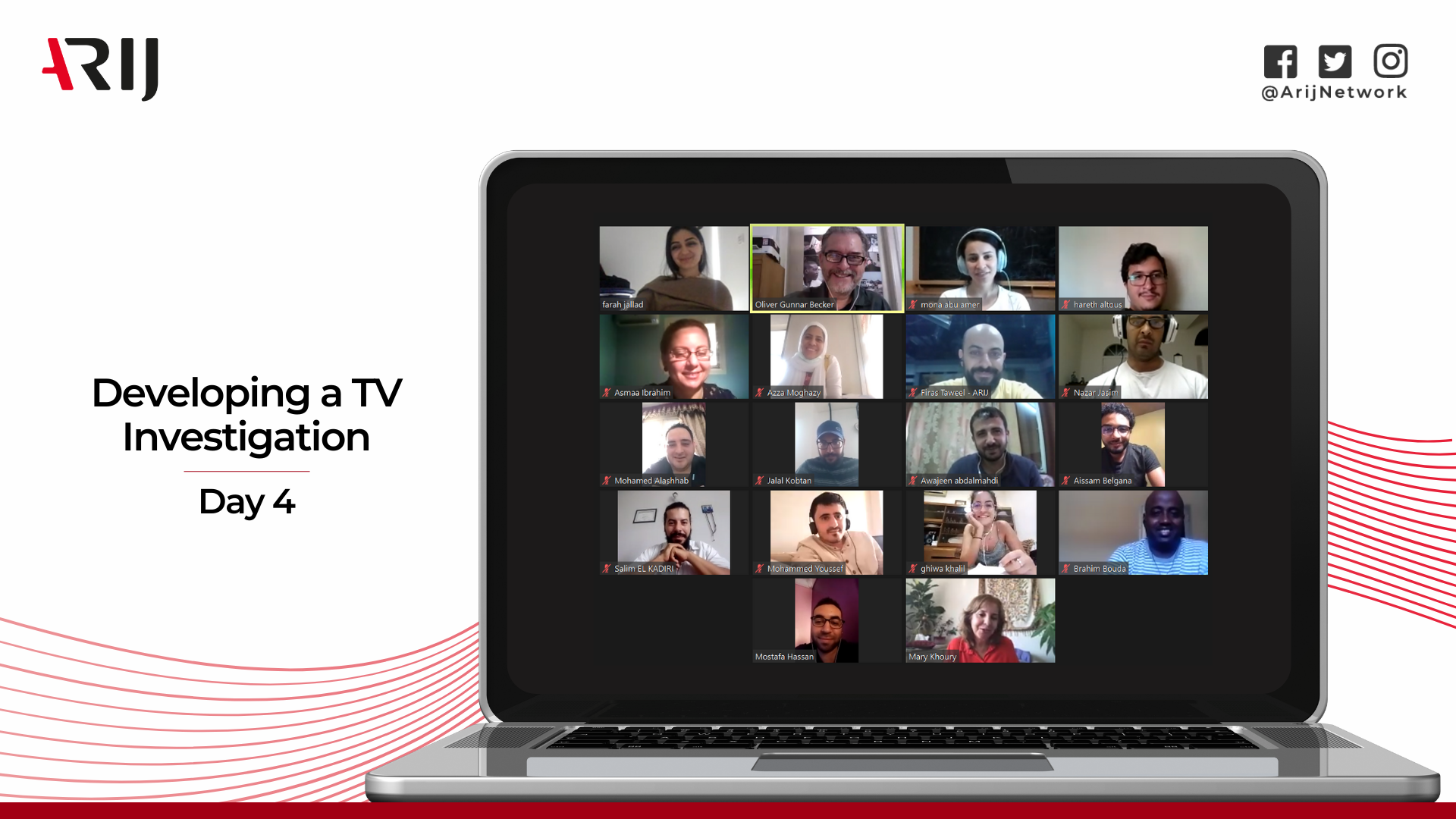 Oliver G. Becker, the international award-winning director and producer who produced tens of investigative reports from countries all over the world, gave this training to journalists from seven Arab countries.

On the first day, Becker discussed choosing investigative ideas with trainees, pre-planning for confronting sources, and how to deal with challenges as they arise.

On the second day, Becker divided the participants into four groups, and they watched a televised investigation. They then discussed and analyzed it in terms of idea, content, and technical aspects.

On the third day, Becker’s discussion with the trainees focused on the ethics of publishing televised investigations, secret filming, and the best ways to deal with sources and victims. The discussion also explored the best ways for journalists to protect themselves while also maintaining professional journalistic safety, before and after the publication of their investigative reports. Becker also urged journalists not to underestimate the issue of personal safety, and not to provide any information about the work they do and the nature of their movements.

On the fourth day, the discussion delved into ways to provide deep and attractive content without being drawn into the “social media” obsession.

On the last day, Becker discussed the ethical issues facing journalists. “A journalist has to balance ethical standards with practical work,” he said. On the other hand, Baker stressed the importance of sticking to the facts when doing reenactments in televised investigations.

Around 200 journalists from different Arab countries applied to participate in this workshop. A special selection committee selected 20 of them from Egypt, Yemen, Iraq, Algeria, Lebanon, Palestine, and Jordan.