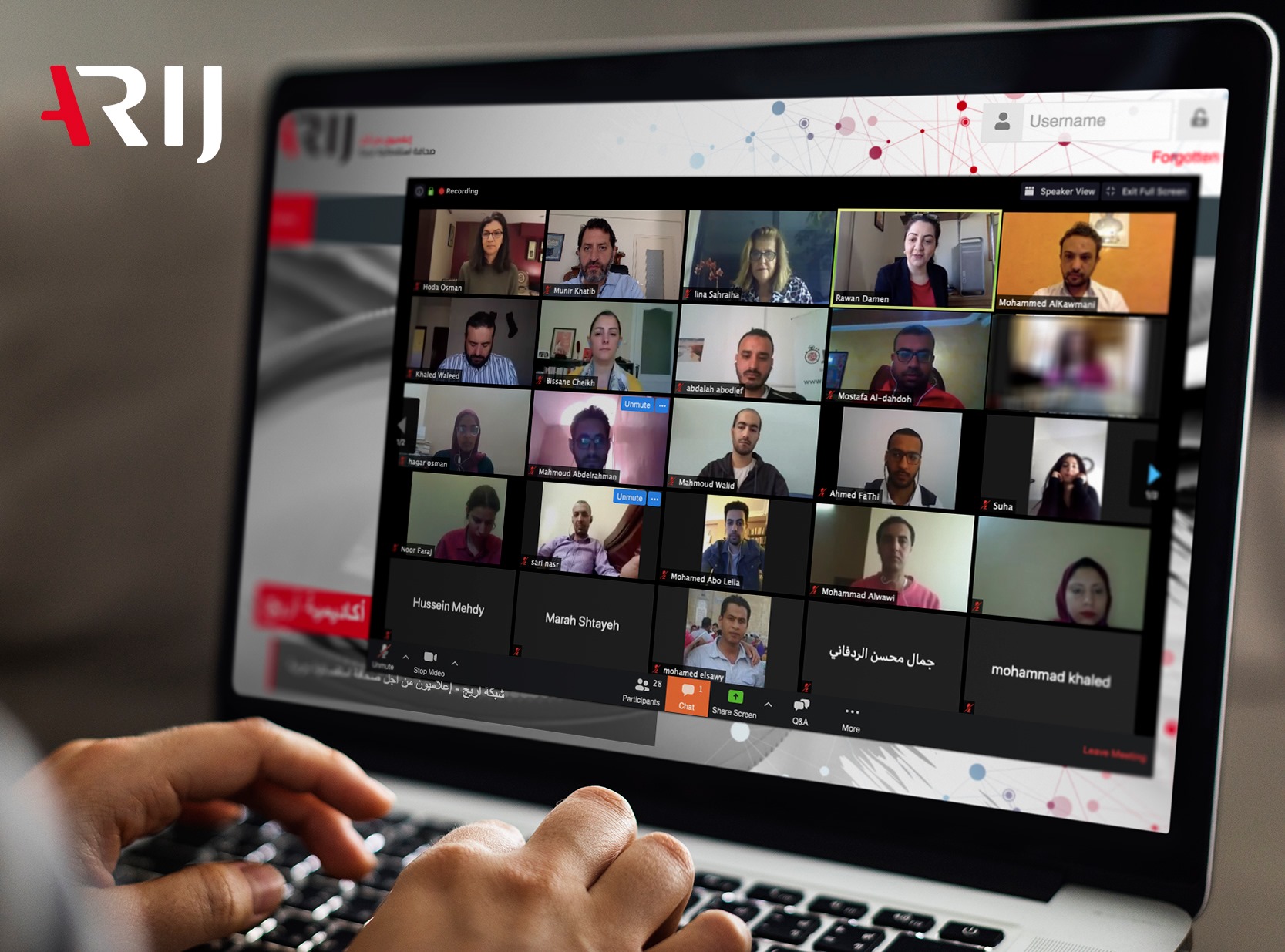 On April 18, ARIJ launched its first ever live online workshop on the basics of investigative journalism on its new own e-learning system, ARIJ Academy (Beta Version).

Twenty-five Arab journalists from six countries; Iraq, Syria, Lebanon, Egypt, Yemen and Palestine, are participating in the five-day workshop that is taking place from April 18-22.

On ARIJ Academy system, journalists can engage in discussion with fellow journalists and trainers, gain feedback from trainers, submit their daily individual homeworks and access daily material to watch and read. ARIJ Academy also uses Zoom for live audiovisual webinars and meetings, in addition to smaller group discussions and even introduced “Virtual Coffee Breaks” to allow for informal discussion.

ARIJ Director General Rawan Damen said: “The unprecedented times we are in, made it a necessity for ARIJ to shift its training from offline to online. I am so proud of ARIJ editorial, operational and technical team who made this happen in 3 weeks and allowed us to give our trainees one of the highest quality interactive online experiences in a healthy atmosphere that adheres to ARIJ’s standards.”

Journalists were trained on the basics of Investigative journalism, including search, verification and fact-checking, hypothesis formulation, interviews techniques and sources, storytelling and writing, digital security and the basics of data journalism, cross-border collaboration and open sources. After training, participants will be able to pitch their investigations proposals to ARIJ to be studied, coached and mentored in 2020.