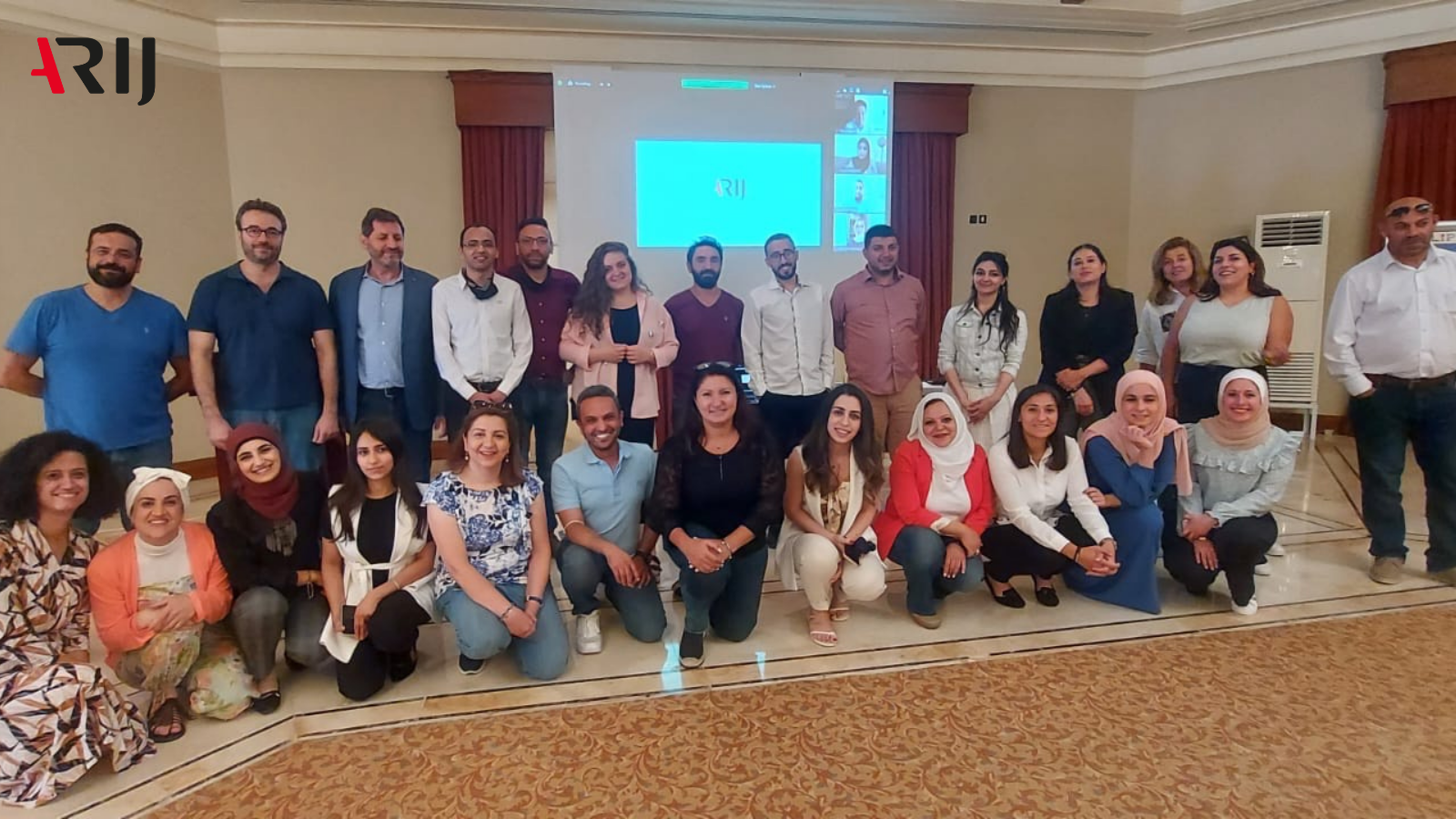 Empowerment, networking, and innovation, are the three essential pillars for ARIJ’s strategy 2022-2024, for the future of investigative journalism in the Arab world.

ARIJ’s team gathered in Amman and was joined by other team members virtually from New York, Istanbul, London, and Cairo, to discuss the strategy and find ways to overcome obstacles to its implementation.

The Director General of ARIJ, Rawan Damen, explained the axes of the strategy, which was approved by ARIJ’s board of directors this year. Damen stated that the strategy will empower investigative journalists, editors, and fact-checkers through training, and by providing them with necessary databases, as well as supporting the efforts of data journalism, open-sources, and all areas of investigative journalism work.

The axis of networking in the strategy focuses on creating unique opportunities for communication and cooperation with the community of investigative journalists at the local, regional, and international levels, as well as assisting journalists in finding publishing and broadcasting platforms to open up doors for them in the future.

The team discussed the terms of the strategy in detail, as well as the challenges facing its implementation, especially given that investigative journalism is facing more restrictions in the Arab world.

ARIJ’s editor-in-chief, Munir Al Khatib, said that one of the most prominent challenges is the ability to protect journalists in all respects in face of the increasing risks. He also noted the importance of reaching the younger audiences with investigative journalism content, especially since they’re the most capable of influencing and changing societies, and this calls for new storytelling tools.

The team was divided into six groups, each assigned with coming up with ideas that would help implement the strategy at the beginning of the next year, whether in the internal work environment or in communicating and networking with the community of journalists.