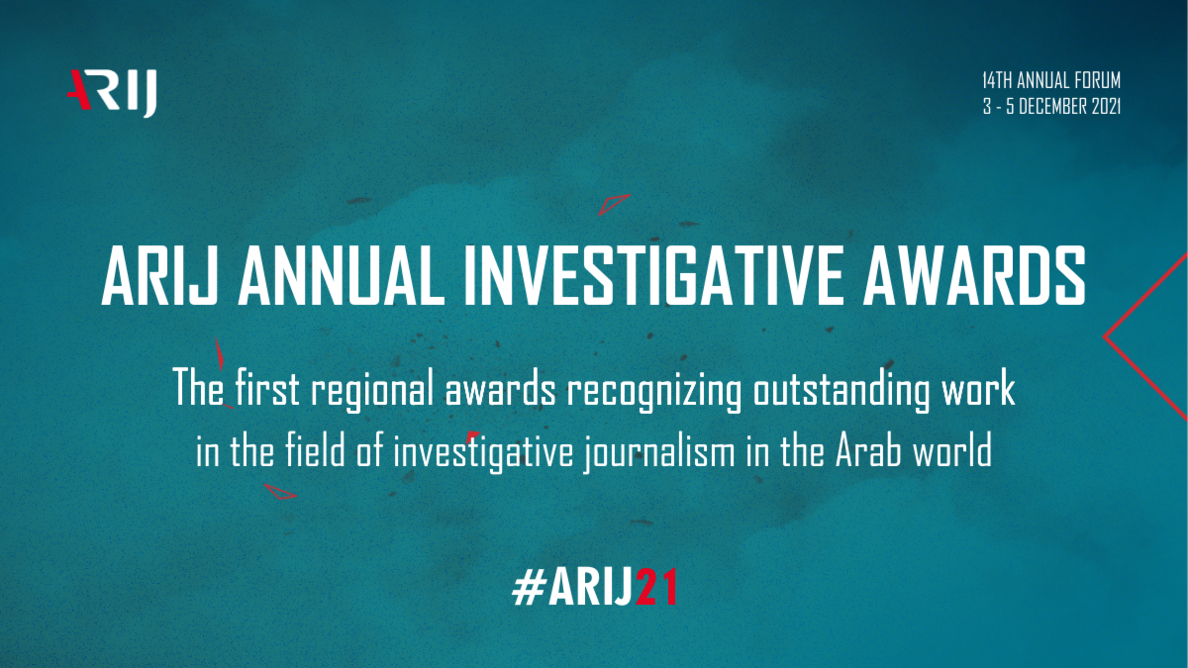 Do you have an investigative report in Arabic that was published between the 1st of October 2020 and the 30th of September 2021?

This is your chance to submit your investigative report to compete for ARIJ’s annual awards. The winners will be announced at the end of ARIJ’s 14th annual forum, which will be held virtually this year for the second time between 3 – 5 December.

Whether your investigative report is in video, audio, or written format, whether it’s long or short, digital or televised, or in any other format, you can now submit it for this competition founded on the highest professional standards regarding content and form.

The award includes the following categories:

For more information about ARIJ’s Awards, and to know the criteria for evaluating and selecting the winners, please visit ARIJ’s Awards website.

In case of blockage, apply here.