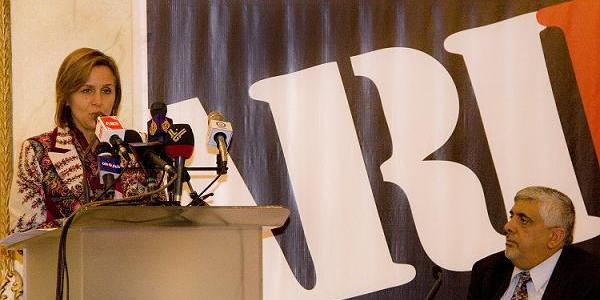 AMMAN JT – Some 200 Arab reporters will convene in Amman next month for the second region-wide conference on investigative journalism, which aims to further encourage accuracy, objectivity, balance and accountability in the profession. The Arab Reporters for Investigative Journalism (ARIJ) network, which recently released a specialised manual to guide the region’s reporters on how to practise more in-depth kind of journalism, is preparing to host its second conference on November 20-22.

The event will feature several veteran journalists and media practitioners from around the world as keynote speakers to share their experience with participants, according to organisers. Mark Hunter, media and communications professor at INSEAD University of Paris 2, will give the participants tips on advanced writing skills.

The professor, who is a major author of the ARIJ UNESCO-funded manual, was also a main speaker at the network’s first conference in the capital late last year.

Another media practitioner who is returning to the second conference is Tim Sebastian, former BBC investigative journalist, who will give a presentation on how to “get ready for the big interview”. Training workshops will include one on ways to follow the money trail, run by Paul Radu, head of the Romanian Centre for Investigative Journalism.

Among the new faces at this year’s conference, is Charles Lewis from the US and Mondli Makhnaya from South Africa. The former is an award-winning investigative journalist and founder of the Centre for Public Integrity, while Makhnaya is chief editor of South Africa’s largest newspaper, The Sunday Times. He introduced the culture of investigative journalism to the country during the apartheid period, according to ARIJ.

Chief and managing editors from 14 Arab countries will take part in a roundtable discussion tackling ways to encourage the practice of investigative reporting and challenges facing reporters of dailies who are keen to investigate issues of public interest. Participants will have the opportunity to look into techniques of using computers in their work, during several workshops on computer-assisted reporting. Since the establishment of its regional office in Amman in 2005, ARIJ has supported more than 62 investigative reports in Jordan, Syria, Lebanon and Egypt, with several others under way in Iraq, Palestine, Yemen and Bahrain.

Several journalists in the capital said since they started working on ARIJ-supported investigative reports, they have acquired more “investigative” skills, which reflected on their daily reporting quality; a main target of the network. Freelance journalist Majdoulien Allan, who has done an investigative report on alimony in Jordan and is currently working on another story, described her experience with ARIJ as “unique”. “Now when I think about a normal news story, I think in an investigative manner and start applying in-depth research methods,” Allan told The Jordan Times yesterday. She noted that “time and effort” are needed for the ARIJ experience to spread among journalists in the region, where right of access to information is only legally guaranteed in one country – Jordan. Al Rai’s Salah Al Abbadi agreed, adding that he believes “the environment where ARIJ operates is not good enough”.

However, he commended the network for what he described as its success in creating a base for quality journalism in the region. “Such [professional] practices are still absent because of the limited training journalists receive,” he told The Jordan Times. But ARIJ Executive Director Rana Sabbagh is “sure” that the five-year-old project can make a difference.

“We are confident that the network will grow and push the media envelope further to tackle issues of concern to local communities and to demand government accountability and transparency; key pillars in existing democracies and countries in transition,” she told The Jordan Times yesterday. “ARIJ is growing olive trees: It takes time for the fruit to come out, but they’re sustainable and the tree is there to stay,” noted Sabbagh, an investigative journalist and columnist.