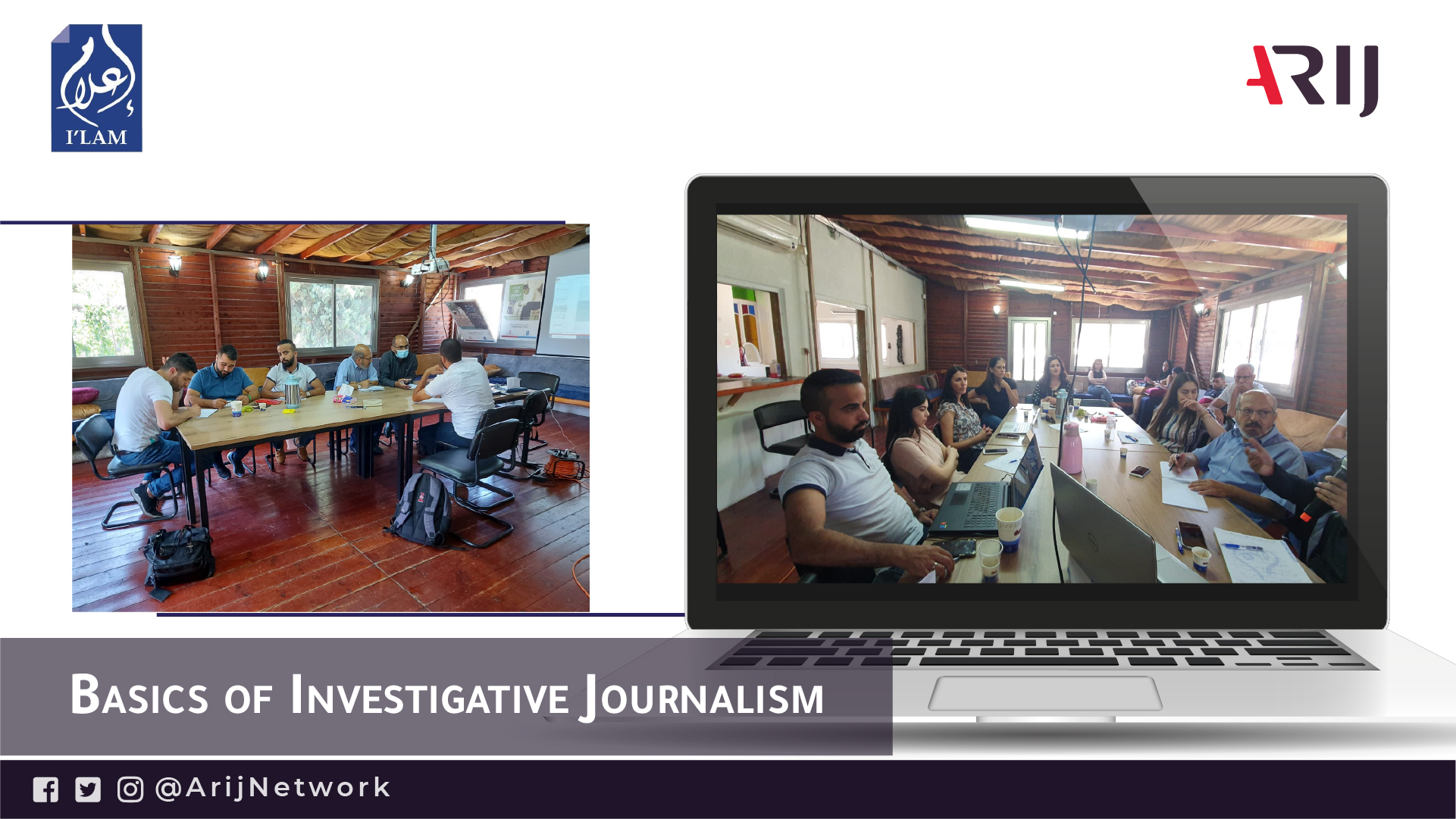 ARIJ Trains Palestinain Journalists on the Basics of Investigative Journalism

Over the course of two days, 15 journalists from various cities and towns inside the occupied Palestinian territories attended a face-to-face training on the basics of investigative journalism.

The training was organized by ARIJ in cooperation with the Arab Center for Media Freedom, Development and Research in the Palestinian city of Nazareth.

Firas Al-Taweel, editor and trainer at ARIJ, gave the training. He focused on the concept of investigative journalism, finding ideas for investigative stories, delving into research and documentation mechanisms, formulating a hypothesis, accessing sources, and conducting interviews.

After being divided into groups, the journalists were trained to choose investigative ideas that impact the Palestinian community, and then turning them into workable hypotheses.

Director of the Media Center, Kholoud Masalha, believes that journalists in the 1948 territories are in a dire need of professional training, adding, “This is the first time that ARIJ has put journalists inside the occupied Palestinian territories on its agenda.”

Ahlam Melhem, a freelance journalist, says the barrier of fear she had to engage in investigative reports has been broken. “Now we can go deeper and approach topics that were off limits for us.”

Omar Dalasha, a journalist for the “Arab 48” website, said that training was important to him, given that only a few institutions provide training for journalists.

Amir Bouirat, correspondent of “Kul Al-Arab” newspaper, considered that the training changed his concept of investigative journalism, adding, “This training was the first time that I received practical steps to complete an investigative report.”

Majd Daniel, correspondent of “Musawa” channel, said, “We needed all the information presented in the training. Now, after understanding the necessary tools, we have the confidence to carry out investigations with high professionalism,.”

Wafaa Youssef, Director of “Al-Wafa Production”, said that “the course provided me with tools and information that I did not know. Most importantly, this training will open up great horizons for us in this field.”

The journalists represented eight press institutions in the occupied Palestinian territories, and one human rights organization. Among them were academics, researchers, and freelance journalists.