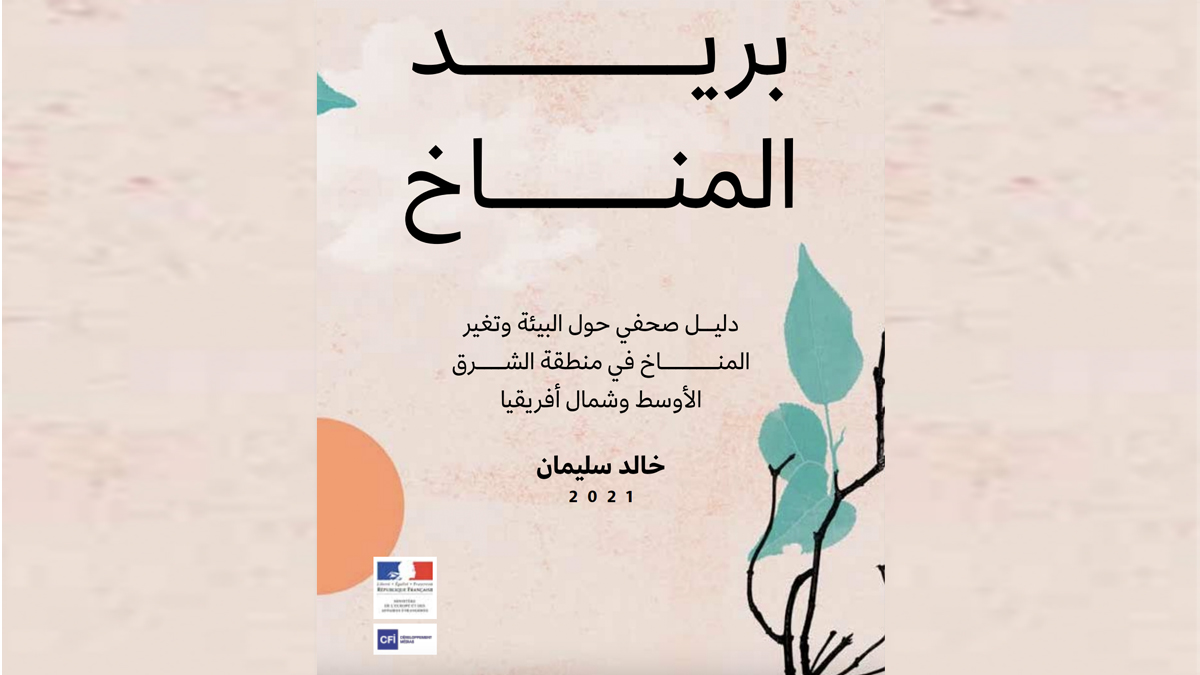 French Media Development Agency (CFI) launched the Climate Journalism Guide on the margins of the 14th annual ARIJ Forum during the digital advisory session entitled “Official Launch of the Climate Journalism Handbook “The Climate Mail”. The guide was supervised by the expert on environmental issues: Khaled Suleiman. The journalism production project was discussed under the Climate Journalism and Planet Security Fellowship. This fellowship will be officially launched after the ARIJ Forum, and the call for applications will be open to all journalists in the Middle East and North Africa, by proposing their ideas to Freedom of the Press Unlimited (FPU).

“Climate change issues are still captive to prevailing official patterns that dominate the policies of various media platforms, and the problems facing the environmental press in the Arab world are structural and rooted in governance and management systems”, Suleiman noted at the beginning of the guide.

In the absence of independent scientific and academic institutions, journalists in the Arab World tend to nongovernmental agencies to obtain data and information which weakens the credibility of reports and investigations on climate change and its impact on people’s lives. The reason goes back to the difficulty of accessing and obtaining data, if available, aside from its deficiency and lacking the full truth.

Suleiman concluded the opening by saying: “All these reasons and others pushed me to think of this guidebook on environmental journalism in the Arab world.

This guide on environmental journalism and coverage of climate change related issues has been prepared and written within the framework of the MediaLab Environment, a project of the French Agency for the Development of Media funded by the Ministry for Europe and Foreign Affairs.