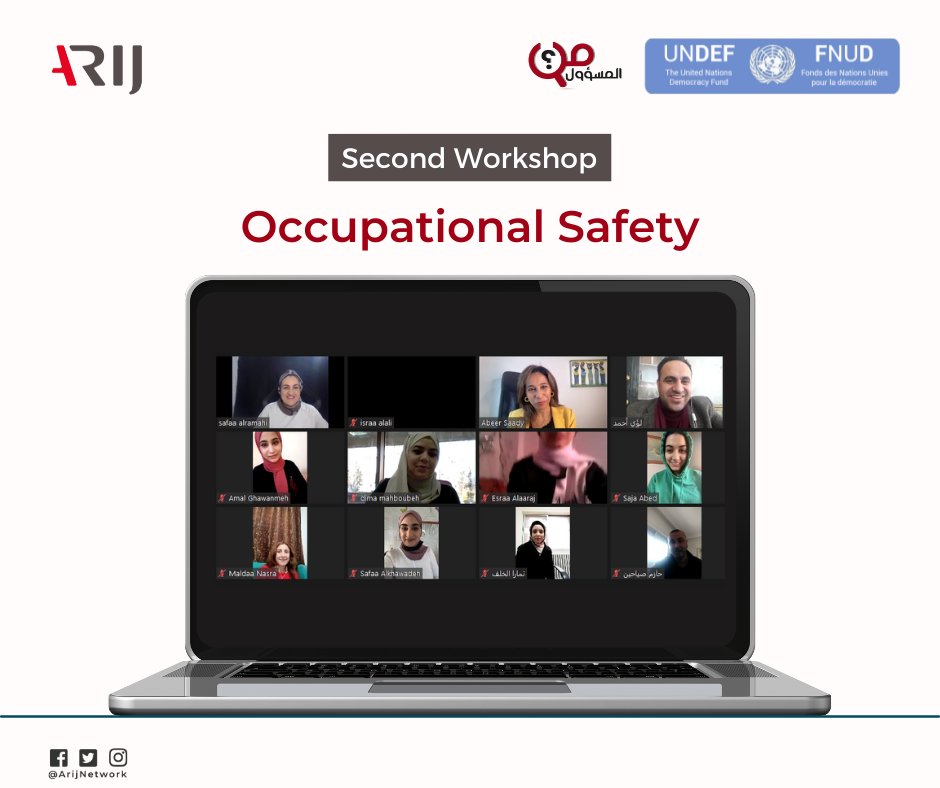 Nineteen trainees from Jordan completed a Four-day workshop (Feb 13-16) on the “Comprehensive Occupational Safety” via the virtual platform “ARIJ Academy”. The workshop was part of the “Strengthening Media Independence in Jordan” project with the support of the United Nations Democracy Fund (UNDEF).

The training tried to cover the best practices of risk assessment and the safety protocols that will help journalists to avoid and carefully manage security threats.

Saady is a trainer, researcher, and war correspondent with 29 years of professional experience in covering conflict and crisis zones within the Middle East, East of Africa, and Southeast Asia. Abeer held a masters degree in Diversity and Media from Westminster University in the UK and is currently finalizing her Ph.D. in Ethical and Safety Decisions of Journalists in the Jihadi Groups area in the Middle East.

30  journalists benefited from This competitive training workshop. Three workshops were held on this project for all Jordanian media personnel and journalists in all sectors of media, including print, digital, radio, and television.

Afterwards, the trainees will attend the annual ARIJ Forum in 2022, as they will be given the opportunity to present their reports and achievements in a special session.