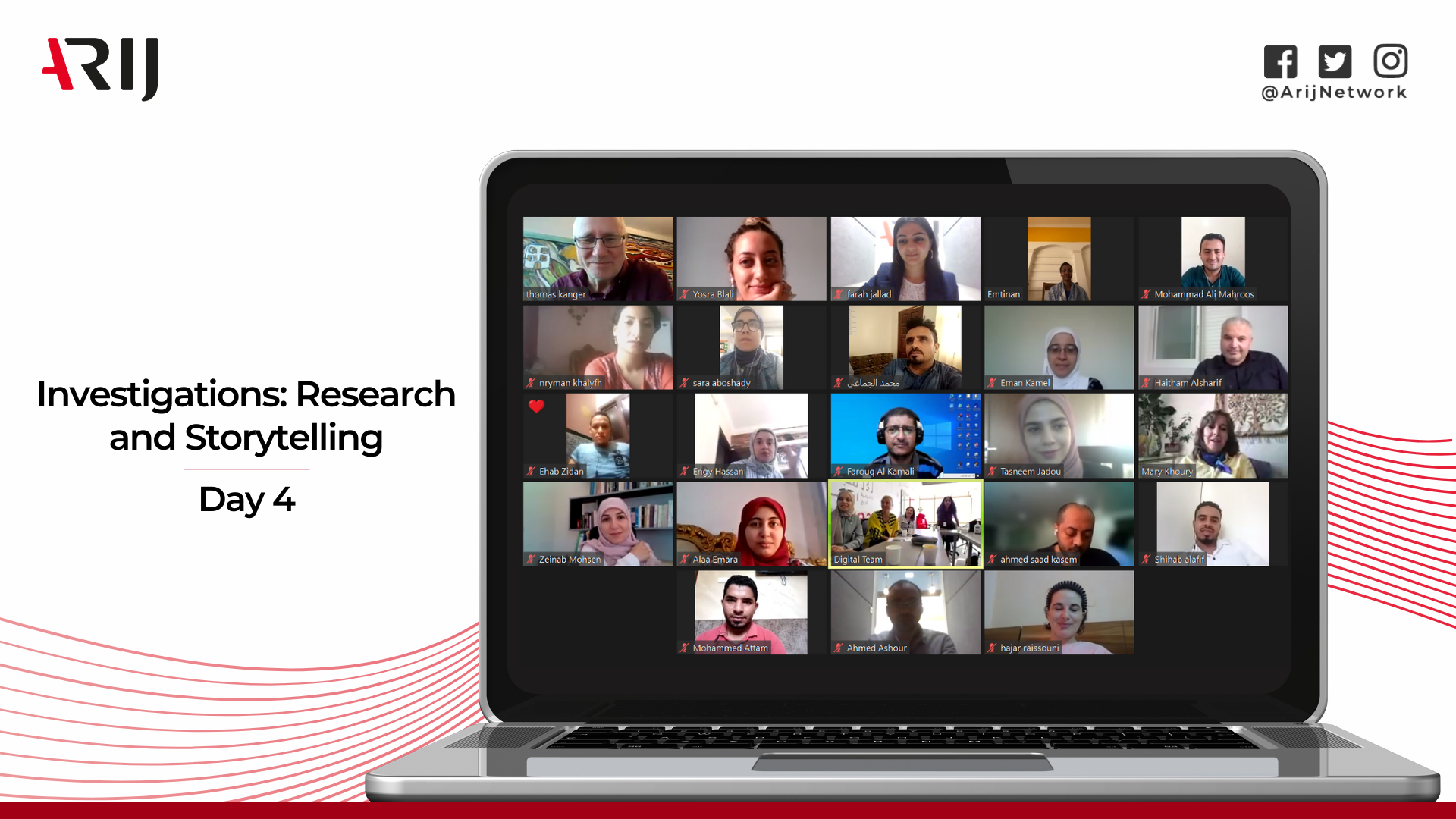 The workshop aims to train the journalists on two principal dimensions for any investigative film; namely the in depth search for information, documents and photos, and the interactive storytelling of the hypothesis and its proofs.

The trainer was  Swedish seasonal investigative journalist, film director and novelist Thomas Kanger who has been awarded international prizes and has been training journalists in dozens of countries.

Kanger tackled the search tools utilized in gathering information asserting that the story should be important for a wide scale of the audience and its feasibility should be considered before embarking on working on it. He continued in the second day the explanation of the questions required to find their answers in the initial and deep search phases.

The Swedish TV investigative journalist  clarified the dramatic digraph of the storytelling that consists of 7 steps from the introduction over climax till resolution. He applied the diagram to TV investigative stories produced by ARIJ.

The participants discussed with each other the stories and its ability to show the incidents through storytelling that keeps balance between the informative side and attractive side of the story. They brought up with the trainer the investigative proposals they intend to work on in the future and received his suggestions about how they build up the hypothesis, elaborate  it and go further till accomplishing it.

166 journalists from 13 Arab states have applied for participation in this workshop.