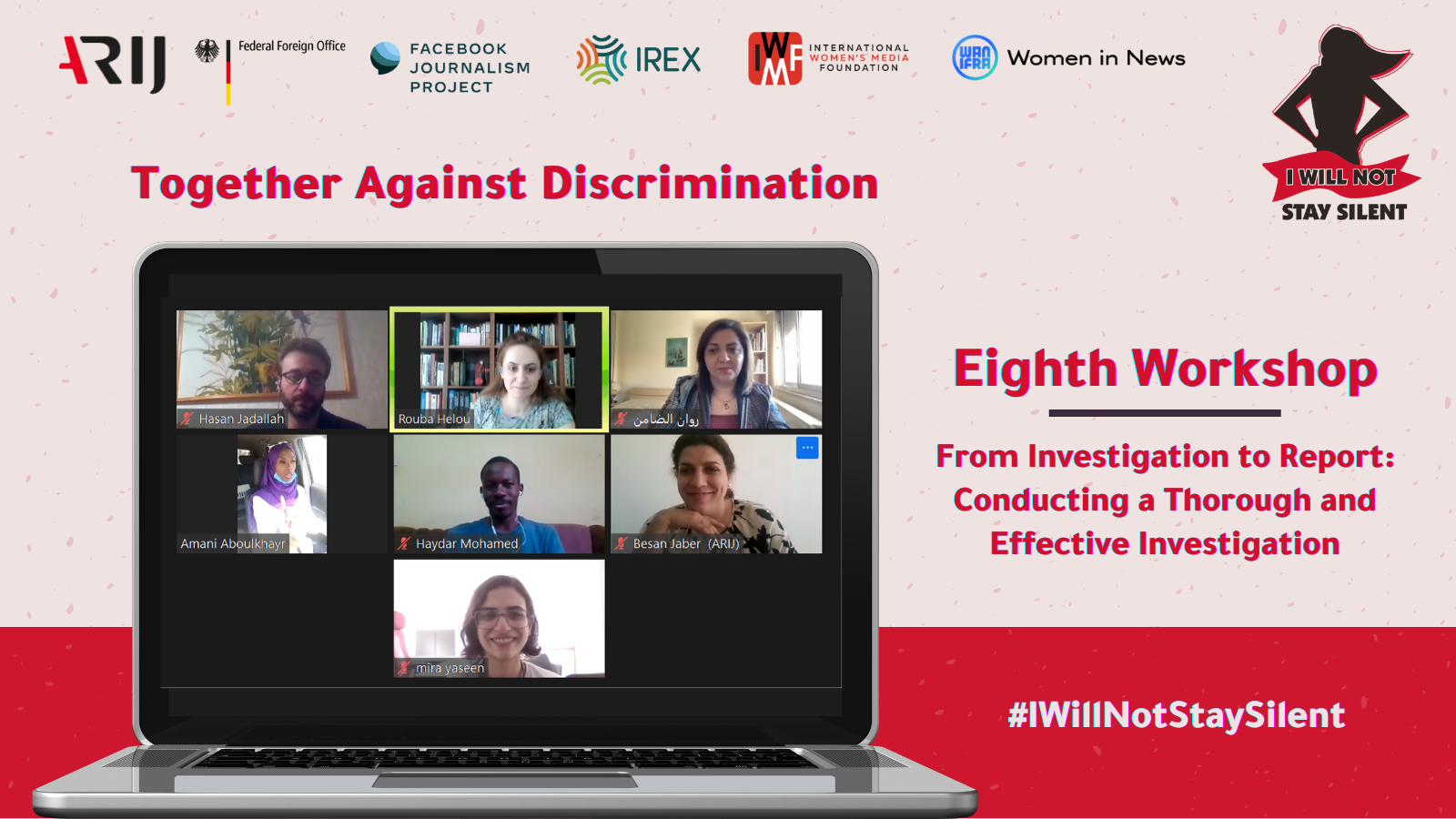 Together Against Discrimination: Effective Investigation on Sexual Harassment and Misuse of Power

On July 27, 2021, “Together Against Discrimination” virtual diploma discussed effective investigations of sexual harassment and misuse of power complaints in the workplace and how to develop a complaint mechanism (CM) which encourages employees to report.

This 8th session was delivered by ARIJ’s human resources consultant, Hassan Jadallah, and facilitated by Besan Jaber, the project manager.

Then, Jadallah focused on defining the evidence required for these investigations as: “all information that is relevant to the complaint, and documented in a physical form, noting that the evidence required varies according to the nature of the complaint”. It may also include employee records, lists, photos, videos and handwritten notes, in addition to available digital information and social media.

Additionally, Jadallah stressed that the importance of evidence varies according to the type of investigation; for example, a physical evidence is very essential in cases of financial corruption, but it may not be available in cases of sexual abuse, where obtaining direct physical evidence is difficult. In the same context, he indicated that the recordings that are made without one of the parties knowing, may not be considered by the judicial party, but could be supportive during the institution’s internal investigation in an organization

He finally provided some of the best practices for identifying  pieces of evidence, such as following a clear information gathering methodology, analyzing and archiving allegations, verifying  and reviewing related documents, and paying close attention to minor details such as dates, addresses and so on. Yet, he emphasized ethical issues and concerns around missing important information during the investigation or objectivity.