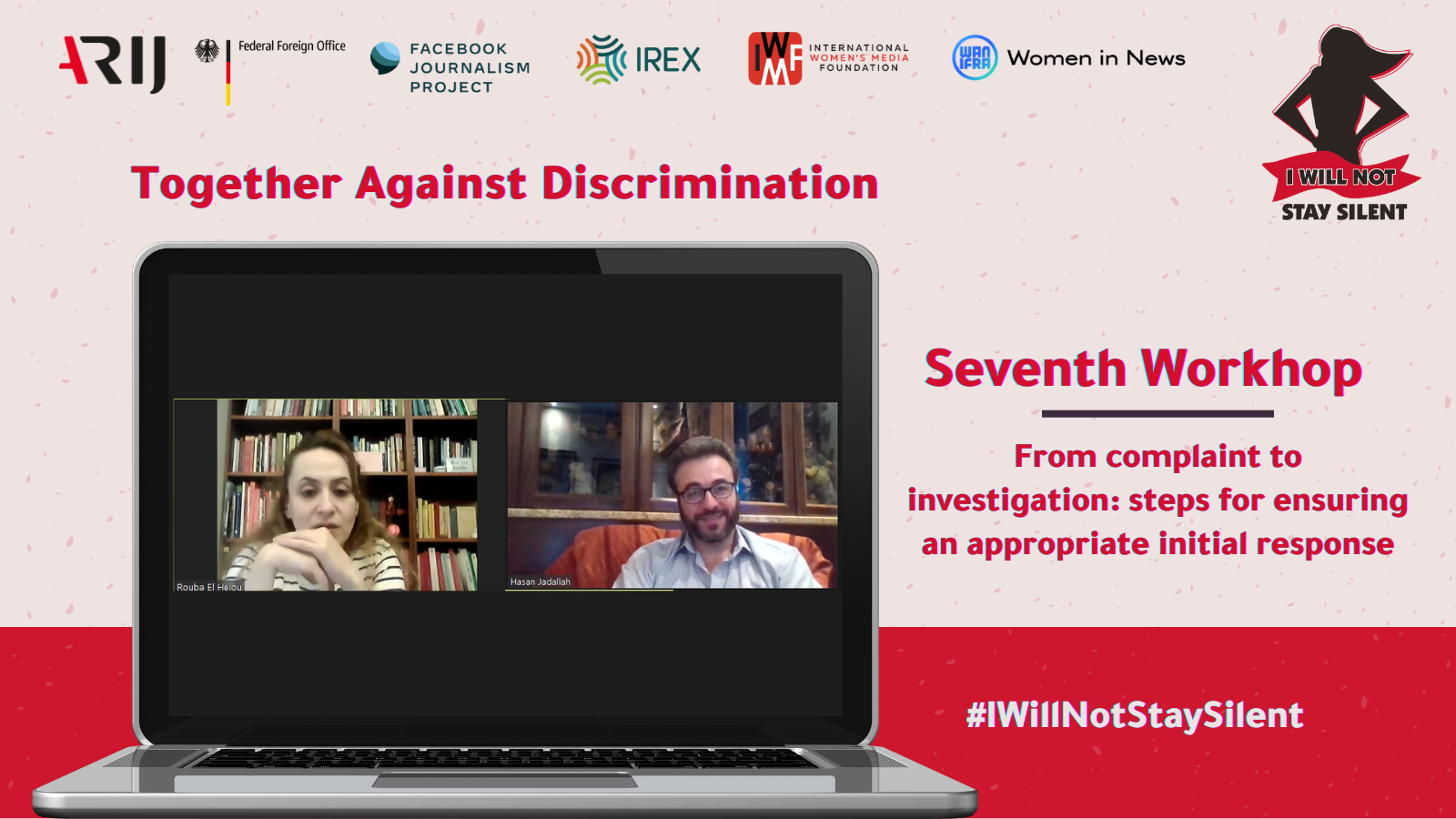 Together Against Discrimination: From Complaint to Investigation

On July 13, 2021, the 7th session of “Together Against Discrimination” virtual diploma , “From the Complaint to the Investigation”, addressed the initial steps for handling complaints in the workplace and how to prepare for the investigation.

“Together Against Discrimination” training program extends over a period of 3 months, within the framework of the “I Will Not Stay Silent” project launched by  ARIJin partnership with the Facebook Journalism Project, Women in News / WAN-IFRA, the International Women’s Media Foundation (IWMF), and SAFE, IREX, and supported by Germany’s Federal Foreign Office. The project aims at creating a safe, pluralistic, and diverse media working environment that is free of discrimination.

This session was delivered by ARIJ’s human resources consultant, Hassan Jadallah, and facilitated by Besan Jaber, the project manager.

Jadallah started with addressing issues around the initial responses to a complaint in the workplace and how to start the documentation process. He explained that any potential conflicts can be prevented with the institution’s policies. He stressed the importance of taking all complaints seriously including those received from anonymous individuals or parties. It is essential to collect all the related information for the investigation committee to diagnose and inspect.

Jadallah pointed out that the investigation team needs to include reliable persons, with a high degree of professionalism and independence, in addition to relevant human resources experience and proven ability to conduct interviews and report on them.

He also listed all the measures to be taken when receiving an official complaint such as preserving and documenting all pieces of (physical and digital) evidence, interviewing witnesses, notifying the complainant officially that the complaint has been received, and informing him or her with the decision making process.

“Together Against Discrimination” diploma is the first of its kind program in the region that focuses on equipping participants with theoretical and practical hands-on knowledge to design and implement effective internal complaints mechanisms against various forms of misuse of authority in media institutions and general media working environments, such as fraud, corruption, harassment and hate speech, to permit stakeholders to best receive, respond, investigate and report any form of alleged complaints. 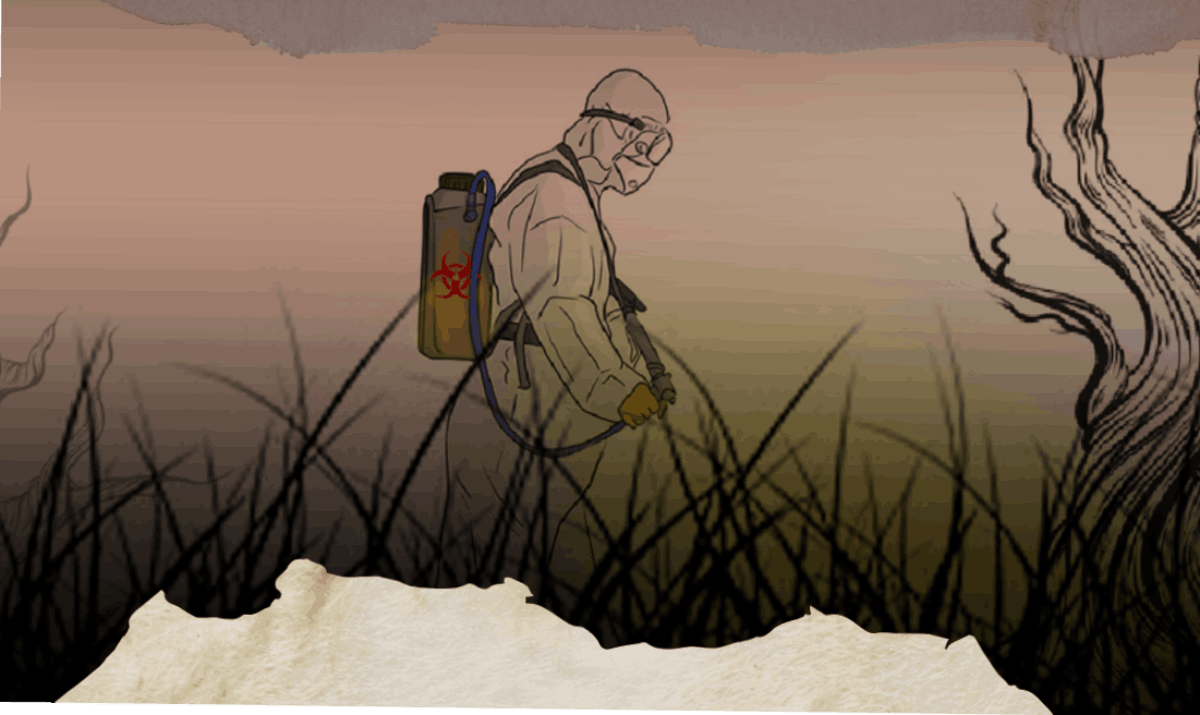 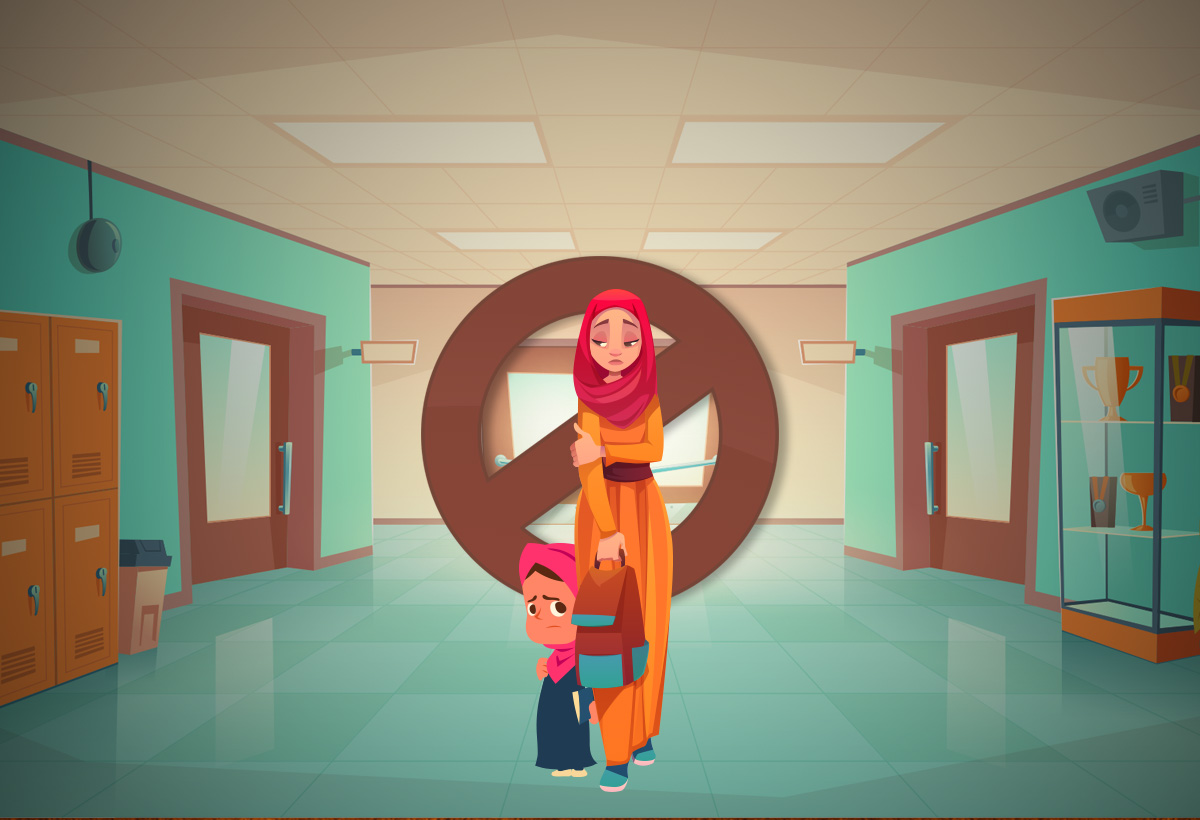