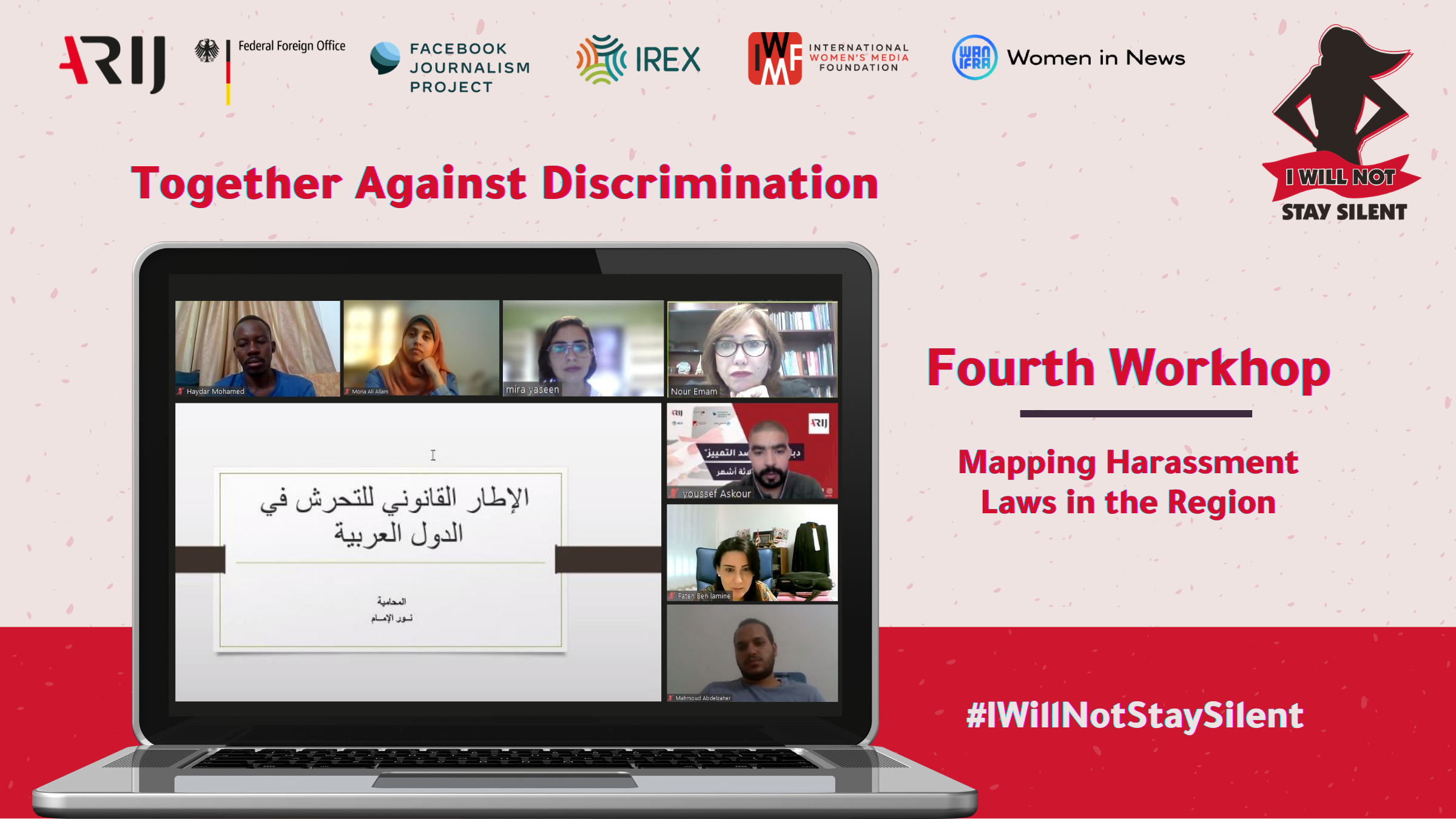 Together Against Discrimination: Mapping Sexual Harassment Laws in the Arab Region

The 4th session of the virtual diploma program, “Together Against Discrimination” addressed various sexual harassment legistlation in the Arab region, in addition to  Convention 190 of the International Labor Organization, which is considered the latest and most significant  international framework for protection from violence and harassment in the work environment.

“Together Against Discrimination” extends over three months and is part of the “I Will not Stay Silent” project launched by  ARIJ (Arab Reporters for Investigative Journalism) in partnership with the Facebook Journalism Project, Women in News / WAN-IFRA, the International Women’s Media Foundation (IWMF), and SAFE, IREX, and supported by Germany’s Federal Foreign Office. The project aims at creating a safe, pluralistic, and diverse media working environment that is free of discrimination.

The session, held on 22 June 2021, hosted Jordanian lawyer Nour Al-Emam. Al-Emam started the session with a discussion on sexual harassment as a form of violence against women, which she defined in accordance with the United Nations Declaration on the Elimination of Violence Against Women issued in 1993.

Al-Imam conducted an extensive discussion with the participants on the legal framework for sexual harassment crimes in a number of Arab countries, including: Egypt, Morocco, Tunisia, Iraq and Jordan. She also spoke about how these legislations affected the scale of harassment crimes in reality.

Toward the end of the session, Al-Emam presented the definition of Convention 190, which was issued by the International Labor Organization, as the first international standard to address the issue of the protection against violence and harassment in the workplace. She pointed out that the convention imposes a set of duties on governments and employers, such as: providing effective complaints mechanisms,  and providing protection for whistleblowers and witnesses.