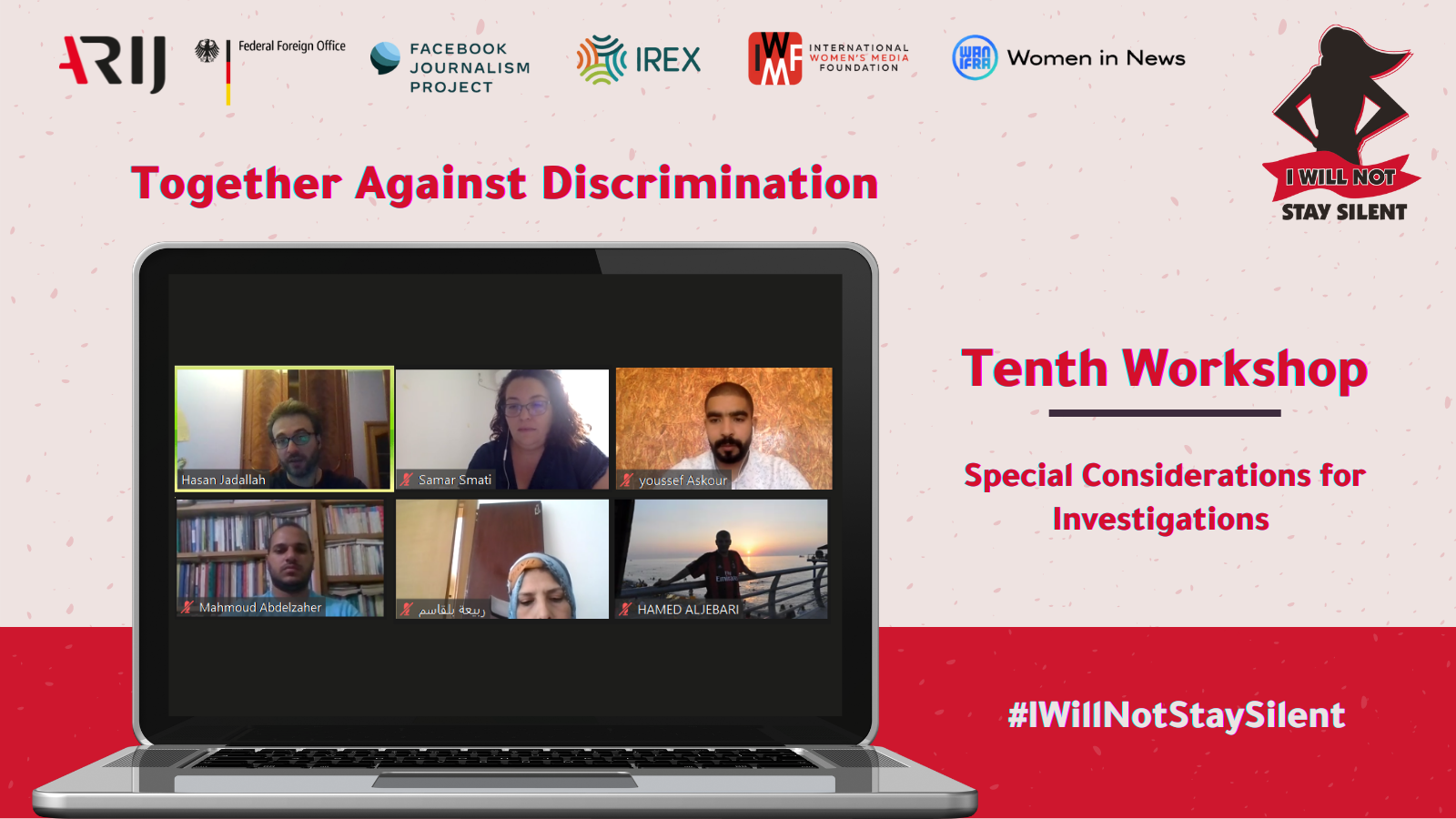 Together Against Discrimination: Special Considerations for Investigations

On August 10, 2021, “Together Against Discrimination” virtual diploma covered  sepcial considerations when conducting investigations and producing reports on sexual harassment and misuse of power in the workplace.

This 10th session was delivered by ARIJ’s human resources consultant, Hassan Jadallah, and facilitated by Besan Jaber, the project manager.

He highlighted the need to refer any loopholes discovered or revealed during investigations, to the administration in charge. Reporting these challenges, gaps and loopholes as areas for improvement help improve the overall performance at the workplace. In addition to that, giving attention to the  physiological and mental health of the employees must include those who are not involved in the investigation, as the process of investigating harassment can affect the workplace negatively creating a sense of district and unsafety

Moving to investigations of corruption, Jadallah pointed out that the best practice is to maintain and strengthen prevention methods in the first place. These methods and policies must encourage and maintain transparency, accountability, and strict financial auditing.He explained that corruption is not just about theft, but it also includes bribery, money laundering, and favouritism.