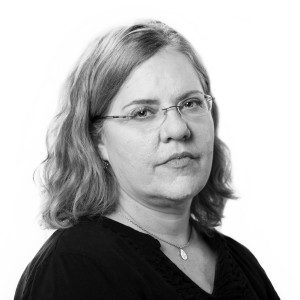 Jennifer LaFleur is Data Editor for The Investigative Reporting Workshop, she also teaches data journalism at American University.
Previously, LaFleur was a senior editor at Reveal, from The Center for Investigative Reporting, managing data journalists, investigative reporters and fellows. She also contributed to, or edited, dozens of major projects while at Reveal, one of which was a 2018 Pulitzer Prize finalist. She is the former director of computer-assisted reporting at ProPublica and has held similar roles at the Dallas Morning News, the San Jose Mercury News and the St. Louis Post-Dispatch.
She is a former training director for Investigative Reporters and Editors and currently serves on the IRE Board of Directors.
She has won awards for her coverage of disability, legal and open government issues, and has trained thousands of journalists around the world in data journalism and investigative reporting.