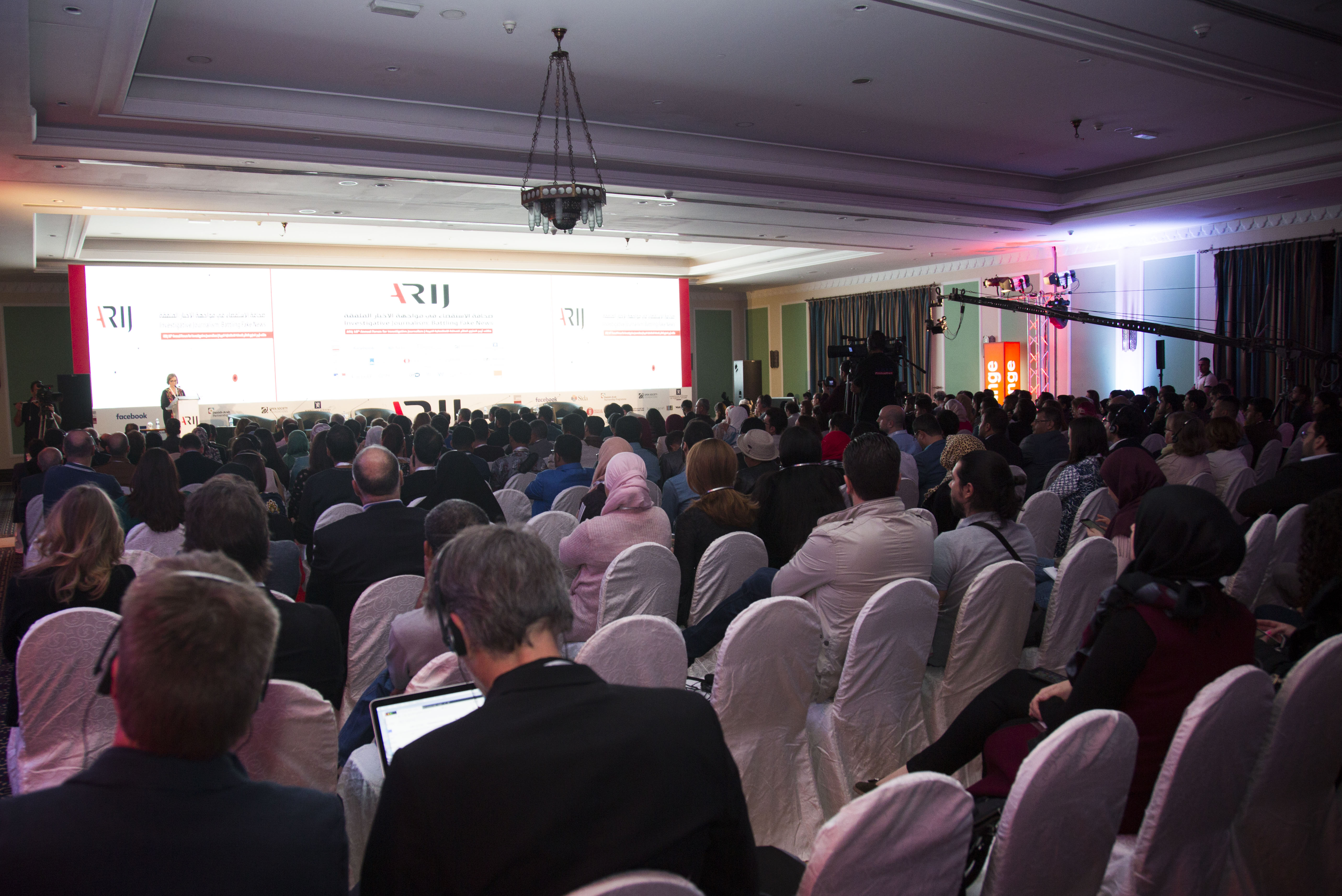 The forum, organized by the award-winning Arab Reporters for Investigative Journalism (ARIJ), is expected to attract more than 400 attendees from the region and beyond who will benefit from more than 50 training sessions and workshops.

The scope of the gathering, the only one of its kind in the Arab world, has prompted at least five international media support groups seeking contact with Arab media practitioners, especially those from war-torn countries, to schedule their own meetings and trainings at the venue during the same time Nov. 30 – Dec. 2.

These support group sessions highlight the important role Amman-based ARIJ is playing in promoting investigative reporting and supporting the culture of “accountability journalism” in one of the world’s riskiest regions for press freedom and independent media.

The Forum has become a vital event for media and media providers because of Jordan’s central location,  the ease of obtaining visas in Jordan for Syrians, Libyans, Iraqis and Yemenis, and the extensive networking that goes on.

The 2018 event has taken as its theme “The Future of Investigative Reporting; Trends, Tools and Technologies” – a global issue of enormous importance amidst an explosion of digital tools.

The event will be held at King Hussein Bin Talal Convention Center overlooking the Dead Sea, the lowest point on earth.

“As good stories are, and always will be the key to outstanding journalism, technology can help journalists build evidence and present them better with data visualizations,” said ARIJ Executive Director Rana Sabbagh, who has run the regional network since its creation in 2006.

“Imagine how technology can support investigative journalism that is based on gathering evidence that is turned into data that must be stored, linked, analyzed, filtered and visualized to create the groundwork for stories that are of a bigger scale, involving lots of people, organizations, documents and intricate relationships,” she said.

“The Forum offers a look at some of the best and latest global tools and techniques for enhancing investigative journalism and data-driven journalism,” she said. “We will be imagining the future.”

The Forum comes amidst a grim global media scene, darker still in the Arab region where media is largely funded by autocratic regimes, rival political parties, businessmen seeking political roles and warring militias.  Journalists are coping with unprecedented media muzzling and regressing civil and political rights in much of the region. The Oct. 2 assassination of Saudi writer and dissident Jamal Khashoggi has exposed that.