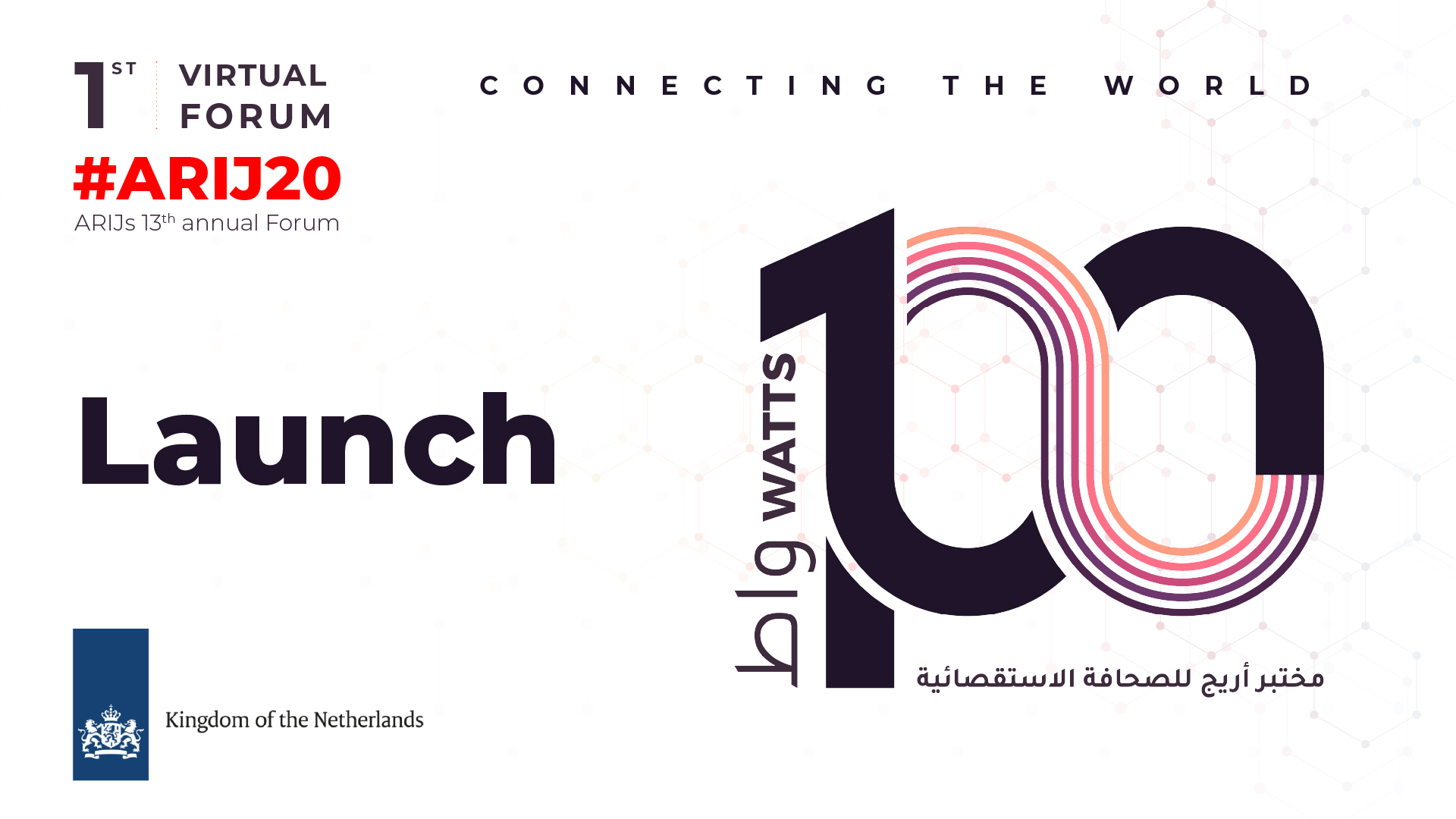 If you are a journalist, a recent media graduate, a media student or even a university lecturer in Jordan, then this is your golden opportunity to master the latest technologies in the world of journalism, and to produce high-level investigative reports.

Through the “100 Watts” project, 100 trainees will meet over a period of 10 months starting February 2021, to discover their capacity to innovate and develop their journalistic techniques in addressing vital societal issues, in a way that achieves the best impact to stimulate change and reform.

The project, launched by the Arab Reporters for Investigative Journalism (ARIJ) and supported by the Embassy of the Kingdom of the Netherlands in Jordan, is the first of its kind in the Arab region, and will extend over three years. The Netherlands is committed to promoting and protecting freedom of expression by supporting journalists and the role of media organisations.

In its first phase, 100 trainees will participate in training workshops and seminars that address investigative journalism topics such as investigative hypotheses, the art of confrontation, open-sources, data journalism, and auditing. A podcast programme will also air for the duration of the project, and will be broadcast on local radio stations under the title “100 Watts.”

Why “100 Watts”? The watt is a unit for measuring the intensity of sound, and this project will bring together 100 trainees with 100 voices; each with their own personality and abilities. The ARIJ Investigative Lab will work in two directions: the first highlights the potential inherent in each voice, and the second blends these rich voices together to produce coherent and highly professional journalistic work that contributes to strengthening the culture of accountability and reform.

In the next stage, 20 trainees will be selected for the six months “ARIJ Fellowship for Investigative Journalism in Jordan”, to produce 10 investigations on vital Jordanian issues. Their stories will be published on Jordanian and Arab media platforms, and compete for ARIJ’s 2022 Awards for the best investigations in the Arab world. The 20 trainees will also be able to attend the ARIJ Annual Forum in 2022 and network with some of the world’s best investigative journalists.

In the third phase, 10 trainees will be selected to work with Arab and international investigative reporters on three cross-border investigations published in Arabic, English and Dutch on Arab and international platforms. They will have the opportunity to be among the guest speakers at the ARIJ Annual Forum in 2023 to present their work, and compete for the ARIJ Awards.

The 100w project is your gateway to the world of professional investigative journalism, and because ARIJ believes in the ability of journalism to make a real change, it gives, through this project, exceptional attention to the new generation of journalists in Jordan; to hone their skills in production, publishing, and communicating with professional journalists.

This is your chance to be one of the “100 watts”. Registration is open to all interested Jordan-residents, and closes on January 15.