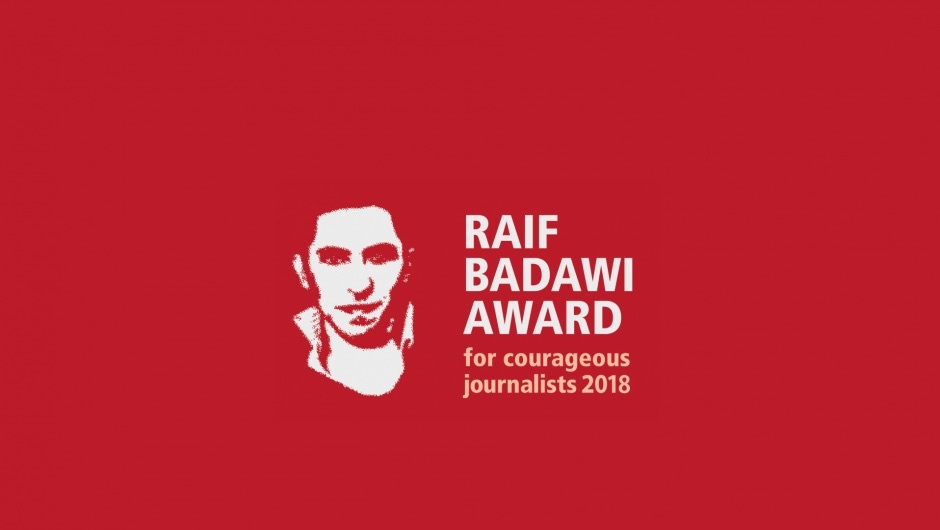 “The work accomplished by ARIJ constitutes a cornerstone on this crucial path toward freedom of expression and freedom of media in the MENA region,” Dr. René Klaff, head of the MENA Regional Office of the Friedrich Naumann Foundation for Freedom

The foundation gives out the annual award, which is named for a Saudi Arabian activist and blogger sentenced in 2013 to prison and lashing for writing on his website.

Klass said was thrilled that this “reputable award is going to such an inspiring and courageous organization as ARIJ, setting an example for everyone willing to take risks in the endeavor supporting independent quality journalism in the Middle East.”

“This prestigious award goes out to all the dedicated and hard-working staff at the ARIJ headquarters in Amman, especially to a new generation of ARIJEAN editors who are passing on skills to journalists they coach across the Arab region to produce well-documented investigations that hold power to account,” said Sabbagh.

“This award also goes to the ARIJEANS who have produced over 465 investigations in print, video and digital form that have exposed issues of interest to their local societies for the benefit of transparency, accountability and rule of law in one of the worst regions in the world for press freedom, independent media, and free speech”.

ARIJ hopes that the Saudi Arabia’s crown prince Mohammad Bin Salman, who is trying to instill reforms in his country, will walk his talk and free Badawi and all activists who have been silenced for questioning the status quo or for standing for pluralism and free speech.Badawi, born in 1984, created the website Free Saudi Liberals. He was arrested in 2012 for insulting Islam through electronic channels and brought to court on charges including apostasy. In 2013, he was sentenced to seven years in prison and 600 lashes, then resentenced the next year to 1,000 lashes and 10 years in prison, plus a fine. He remains in prison, although only 50 lashes have been delivered to date.