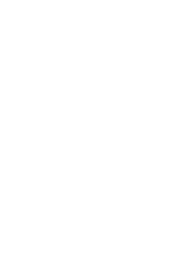 With the Help of ARIJ, Syrian Investigative Journalists are Revealing Underreported Social Issues that Concern the Man in the Street

Three young Syrian journalists sit in a Damascus café, drinking Arabic coffee and talking animatedly. They are not, as some might expect, engrossed in tired discussions about regional politics, ministerial portfolios and media restrictions. They are talking about other, equally serious, issues. Issues which are affecting the lives of the Syrian public – an increase in child sexual abuse, public health risks from environmental waste and medical incinerators failing to meet international standards. Not only are these journalists talking, they are investigating and, more importantly, publishing.

Hamoud Mahmoud, Buthaina Awad and Ali Hassoun are three of 18 Syrian investigative journalists getting either funding or professional training from ARIJ – Arab Reporters for Investigative Journalism – an independent, non-profit organisation, which supports and funds in-depth investigative reporting by Arab journalists. Established in 2005, with funding from the Danish Parliament, this pioneering organisation has given Syrian reporters an injection of inspiration, providing them with the opportunity to pursue and publish investigative reports in their respective newspapers and magazines. ARIJ is currently working with 25 journalists – 2 in Lebanon, 5 in Jordan and 18 here in Syria, reflecting the appetite for investigative journalism in this country.

“ARIJ was definitely a turning point in my life,” says Mahmoud, 32, who now works on investigations for Tishreenand other Syrian publications such as Black and White magazine and the online Syria News. “ARIJ has taught us about the importance of focus and research,” adds Awad, a 28-year-old journalist for Black and White. Under the guidance of a local ARIJ coach, she recently published a daring investigation into the rise of sexual abuse against children in Damascus. “It was difficult,” she admits, “it’s still a taboo subject here and it upset some people, but I knew I had to be brave and persistent.”

Beyond regional politics Based in Amman, but drawing upon a wide support network of journalists, newspaper editors, ‘coaches’ and legal experts from Jordan, Syria, Lebanon and Europe, the ARIJ team provide their reporters with training workshops, one-on-one mentoring, and continual supervision of investigations – many of which can take months of careful work before coming to fruition.

Before publication in their respective media and on the ARIJ website, investigations are screened by lawyers in the three countries of operation, to minimise any risk of legal complications. The ARIJ website boasts an impressive and tantalising array of investigations from the three countries involved. Features on drug abuse, professional negligence and public health risks highlight the fact that there is other news beyond regional politics and conflict.

“We are not political,” stresses ARIJ executive director and respected Jordanian journalist Rana Sabbagh-Gargour. “Our ultimate goal is to teach a new, professional technique that journalists can apply to any issue that they deem to be of public concern.”

Public interest has been the motivating factor for both Mahmoud and Hassoun, both of whom have recently published hard-hitting investigations in the Syrian press. Their investigations required hours of fieldwork, days of interviewing and long nights sifting through archives and legal terminology. They also had to battle the challenges posed by layers of bureaucracy and limited access to information.

Their hard work paid off. Mahmoud’s revelations that medical waste incinerators across the country were in breach of international standards and emitting cancerous waste provoked a flurry of feedback from a concerned public after it was published in Al-Thawra daily newspaper. Hassoun’s investigation into the public health risk posed by pollution in the farming town of Qatina near Homs resulted in local authorities formally deciding to relocate the factories away from human harm. The publication of the report in both Iqtisad and on the Syria News website also generated much feedback both in Syria and outside the country. “I was amazed by the extent of the reaction from the public,” Hassoun says.

Challenges and perceptions Such revelations may come as a surprise to many with a more cynical view of the media environment in Syria and the wider region. “People do have a bad stereotype of journalism in Syria,” says Hassoun. “Yes, we have our red lines, but so do all countries. I think the first problem we [Syrian journalists] have here is with ourselves and ‘self-censorship’, not with the government.”

“We have some excellent journalists here in Syria,” says Salim. “Many of them are serious, know what’s going on and are committed to public life. They are resourceful and they are naturally sceptical,” he adds laughing. His reaction comes in response to a telling anecdote from an ARIJ journalist. While at a media conference in Toronto last year, the young reporter encountered a US official who expressed his amazement upon hearing that Syria offered any opportunity for investigative reporting at all.

A common and perhaps understandable perception says Sabbagh. “The culture of investigative journalism is rather novel in the region,” she concedes. “There have been a few individual attempts, but nothing compared to what the West knows, like the Watergate scandal.”

Mindset and education are also obstacles to journalistic excellence, she continues.  “Unfortunately most of the Arab educational systems are so outdated and have helped produce a largely apolitical, a-critical thinking generation. They [students] are just taught how to memorise and not how to think,” she says. “And unfortunately,” believes Sabbagh, “journalism is still not a respected job…, the pay is low, there’s [little structured] training or investment in individuals.”

Mahmoud can relate to this assertion. “When I first started journalism in college, people teased me. My dad, who is very educated, couldn’t understand why I wanted to pursue this career. But now when people see my name in the paper and in a position of some influence, they ask me for help!”

“Journalism in Syria is still not seen as a serious job like a doctor or an engineer,” agrees Awad. “But over the past two, three years, many private magazines have started up and salaries are better, so I think people are beginning to change their minds.”

What lies ahead A tough veteran of the often cynical media world, Sabbagh remains ambitious and optimistic about the future of ARIJ. By 2009, she hopes to see the organisation become independent of Danish funding and finance a further 60 investigations in the three countries. She also hopes to attract more interest from journalists and media in other countries.

There are still many challenges ahead, particularly, she stresses, in the development of English skills for both reporters and their coaches. “This [lack of English] is putting pressure on the quality of reporting because many can’t read the literature out there on other similar investigations or subjects.”

But the energy of the Syrian journalists passing through the ARIJ doors keeps her going. “Many of them have been discouraged by the slow process of getting information,” she says, “but they have been really, really, persistent, and I congratulate them for being so eager to learn and goal driven.”

For Syrian journalists like Hassoun, a reporter for nine years, ARIJ has been a breath of fresh air. “I couldn’t have done my investigation without the ARIJ support and training,” he says. “I’ve been on several journalism courses, including from the BBC, but this is the first time there has been a focus on investigative reports. I’ve been waiting a long time for this chance.”