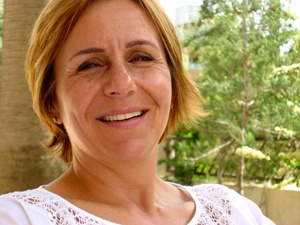 Investigative Journalism is Possible in the MENA Region

By Rana Sabbagh In the largely autocratic region, where media freedoms are declining, a new generation of bold Arab investigative journalists are drawing a significant line in the sand, exposing human misery and standing up to higher powers. Armed with courage, perseverance and commitment to their profession, they are documenting serious issues of concern to their societies and becoming an important force in promoting the rule of law and democratization. Those journalists –hailing from private and public media – are working under the umbrella of Arab Reporters for Investigative Journalism (ARIJ) – the only media support network in the region promoting the culture of in-depth reporting across Arab newsrooms. ARIJ-sponsored investigations have not forced the resignation of senior technocrats or corrupt officials. But they have led to sizable improvements affecting the day to day lives of local communities — health, environment, education and human rights. In Egypt, under martial law since the 1981 assassination of President Anwar Sadat, a lawyer asked the prosecutor general to sue the government for negligence, after ARIJ fellow Mona Iraqi, exposed mismanagement of hazardous hospital waste in a TV documentary. Her colleagues, Hisham Allam and Dareen Farghali, caused a public outcry after documenting how untreated wastewater leaving the state-run sugar factory, was polluting parts of the Nile River and threatening the well-being of over 220,000 residents. After the publication of their investigation in the leading independent newspaper Al Masry Al Yawm, parliament summoned the minister of health for questioning. In Syria, government bulldozers cleared the site hosting the largest garbage dump near the capital to curb the spread of infectious diseases and ease air pollution. Khaled Mousa and Baraa Boushi worked for three months showing how the contractor was abusing the deal. In the process they were threatened by local garbage collectors who were operating with tacit support from junior municipal officers. In another case, the Yemeni government formed a committee to look into several hospitals, where a local journalist showed how incinerators burning medical waste, were operating below the minimum temperature needed to ensure safe disposal. In Jordan, 15 orphans filed complaints with the National Center for Human Rights, after freelance journalists Majdoleen Allan and Imad Rawashdeh investigated physical, psychological and sexual abuses at several Jordanian orphanages.  Some of these complaints have been referred to the prosecutor general while the Center will document other cases in its 2010 Annual Report on the state of affairs in Orphanages. Since the publication of the report earlier this year, the government has taken several measures to improve the situation. In another investigation into legal and professional obstacles impeding access to public documents in line with Jordan’s Right to Access Information Law, Ms. Allan has sued Jordan’s Land Department for withholding data on the sale of state-owned land to investors. This is the first case filed at the Higher Court of Justice in relation to lack of access to information, a right guaranteed by the largely ineffective 2006 Law. Several local radios hosted journalist Suhair Jaradat after she exposed Jordanian families forcing their newlywed daughters to undergo banned medical virginity tests because they did not bleed the first time they had sex with their husbands. In war-torn Iraq, local journalists have documented how Qaeda and other shadow groups were recruiting hundreds of children to carry out suicide bombings, and how females in Kurdish areas are being  subjected to the illegal practice of genital circumcision. Bahrain’s Hana Buhiji exposed abuses facing an army of domestic immigrant workers after documenting several cases of mistreatment ranging from denial of monthly wages to sexual and physical harassment by employers abusing legal shortcomings. Not all investigations have had happy endings. In three cases, ARIJ fellows were threatened by officials and business interest groups and forced to stop looking into smuggling of endangered eagles, the manufacturing of local cosmetic products causing skin allergies and facial scarring and the selling of adulterated alcohol. The Arab world, which mostly lacks parliamentary democratic systems, has a long way to go before in-depth reporting designed to reach the truth – or even simply the facts, as best as they can be determined – becomes an integral facet of daily practices in Arab newsrooms. The Middle East and North Africa continues to have the world’s poorest press freedoms’ ratings, according to the 2010 Freedom House global press freedoms index. The region lacks other important factors, such as a reformed legal environment, a tradition of lively and competitive press with a diversity of owners, and adequate societal support for bold journalists willing to question authority in a professional way. Arab states, with the exception of Jordan, have no laws guaranteeing the right to access public information. Even in the kingdom, journalists still complain that the 2006 law has many loopholes that bureaucrats use to block the flow of information. Media-shy and suspicious officials and lack of public information and reliable statistics will continue to hamper the emergence of social and political truths in the Arab media. But at least, a new generation of Arab journalists is dedicated to assuming the role of the Fourth Estate. And ARIJ is providing its fellows a reliable professional conduit and four-course meal;  training, a small grant covering the cost of the investigation, a coach and pre-publication legal screening. This Friday,  over 310 Arab editors and journalists, from 20 Arab countries, will be attending the ARIJ Conference in Amman, for the third time running — a mission made possible by SIDA – the Swedish International Development Cooperation Agency. They will exchange tools of the trade with a dozen international award-winning investigative journalists at the three-day event.Rana Sabbagh, ARIJ Executive Director, media trainer and journalist since 1984, is former Chief Editor of The Jordan Times.